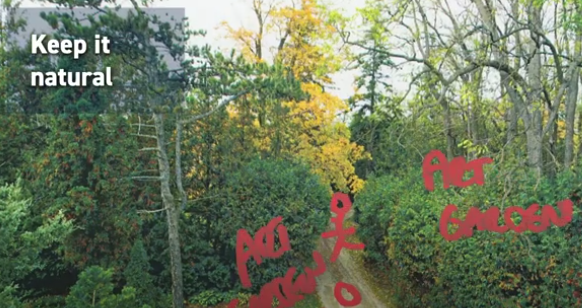 The Town of Newmarket video highlights ideas submitted through the public consultation process for the Mulock property.

The redevelopment of Newmarket’s historic Mulock property into a year-round park moved forward yesterday as council gave the thumbs up to advance the major project to the design phase after a marathon four-hour special meeting of council.

Before the discussion began, however, Mayor John Taylor took a moment to tamp down some residents’ concerns about spending and the potential budget impacts the Mulock park may have during the tough financial times caused by the COVID-19 pandemic.

“I want to assure people this is planning and visioning work that’s been going on for some time, and a great opportunity for us to finish that work and move it forward,” Taylor said. “There will be no decisions made on actual expenditures or awarding contracts or moving the park forward from a financial perspective for at least a year.”

Lead contractor, PLANT Architect, will now develop three master plan options for the town-owned 11.6-acre estate at Yonge Street and Mulock Drive around the themes of peaceful, expressive, and energized.

Those design concepts will include elements gleaned from the five-month public consultation process that saw feedback from more than 3,000 residents, town staff and council.

As it stands now, the future park will likely include a skating trail, a water feature, public use of the historic Mulock house that sits at the centre of the grounds, natural gardens and walking trails, passive and active recreation, year-round festivals and events, an arts and culture hub, and permanent art installations.

The park architect firm’s recent recommendation to join adjacent Jim Bond Park to the west, on Jordanray Boulevard, to the Mulock property to increase access to and expand the future park proved a bone of contention for some nearby residents.

Nearby homeowners say they regard Jim Bond Park as a “quiet oasis” that is like an extension of their backyards, and only recently learned of the possibility of merging the two recreation spaces.

Osler Court resident Karen Adamson, whose home backs onto Jim Bond Park, said in a written deputation that she and her neighbours have seen a substantial increase in the number of families and individuals at Jim Bond since the COVID-19 pandemic hit the community.

“I would not want to see larger groups of people as this would likely create noise,” Adamson said. “Increased use of the park will detract from the quiet enjoyment of our personal recreational spaces.”

Adamson said that after consulting several neighbours they, at most, would only want to see a pathway linking the two parks.

Similarly, longtime Osler Court resident Tara Talbot said in her submission to council that adequate parking must be provided at the Mulock property to prevent her street, Jordanray Boulevard, and Menczel Crescent from becoming an ad hoc parking lot for Mulock park visitors.

“Primarily, I believe that the residents of Osler Court and Jordanray Boulevard, that back onto (Jim Bond) park, should have a focused consultation,” Talbot said. “Our investment and our day-to-day lives stand to be disrupted on a permanent basis.”

Other nearby neighbours weighed in, including Steven Dobson, who said that speeding and increasing traffic in the Summerhill neighbourhood has been a longtime concern.

“If Jim Bond park is incorporated into the design, there must be no access from Jordanray Boulevard,” Dobson said, of the 160 Jordanray Blvd. park that features benches and asphalt walkways. “Keep access via the two major streets only (Yonge Street and Mulock Drive.”

Councillor Kelly Broome, in whose ward both parks are located, supports her constituents' concerns about traffic and parking and called for the creation of a one-time focus group with nearby residents.

“I’ve been hearing from residents that the whole Jim Bond piece is a little bit new, there was nothing definitive about that in the early days,” Broome said. “So I support the residents in their feelings that they didn’t have a lot of time to be a part of our consultations.”

“We could create a focus group to make sure everyone has an opportunity ...not to weigh in on whether to do or not do it (merge the parks), but to be a part of the creation of the space and what will be in their backyards moving forward now that they’re aware it’s a possibility,” Broome said.

Broome's proposal that the staff recommendation to include Jim Bond Park in the three design options for the Mulock property be subject to consultation with the immediate neighbours was passed by council.

Other issues that elicited wide-ranging opinions from council included how much onsite parking to build at the Mulock property, the size and location of the skating trail, and to what degree the arts would play a role in branding the site a destination.

All three park design options aim to ensure the Mulock park becomes a destination place to visit in Newmarket, is rooted in the property’s history and is forward-looking, connects the site with the neighbouring areas, such as Jim Bond Park, maintains the natural features of the landscape, and is inclusive and accessible site for all residents and visitors.

Council unanimously agreed that the Mulock property would no longer be considered as a potential location for an NHL-sized outdoor ice rink, and that potential uses for the Mulock house include affordable food and dining experiences, venue rentals and special events, an art gallery, and interactive historical features.

To read the Mulock property engagement report, provide your comments as the project continues, and watch the May 25, 2020, special council meeting, visit Hey Newmarket.

Editor's note: This article was updated on May 27, 2020 to correct the length of the public engagement process, which was five months.

Holiday magic at Town Park as Aurora hosts Christmas market
Dec 4, 2020 4:30 PM
Comments
We welcome your feedback and encourage you to share your thoughts. We ask that you be respectful of others and their points of view, refrain from personal attacks and stay on topic. To learn about our commenting policies and how we moderate, please read our Community Guidelines.