While Kristy Paterson is the first woman in the role at Central York Fire Services, she has some misgivings about the recognition of an accomplishment based on gender
Jan 22, 2021 12:52 PM By: Alan S. Hale 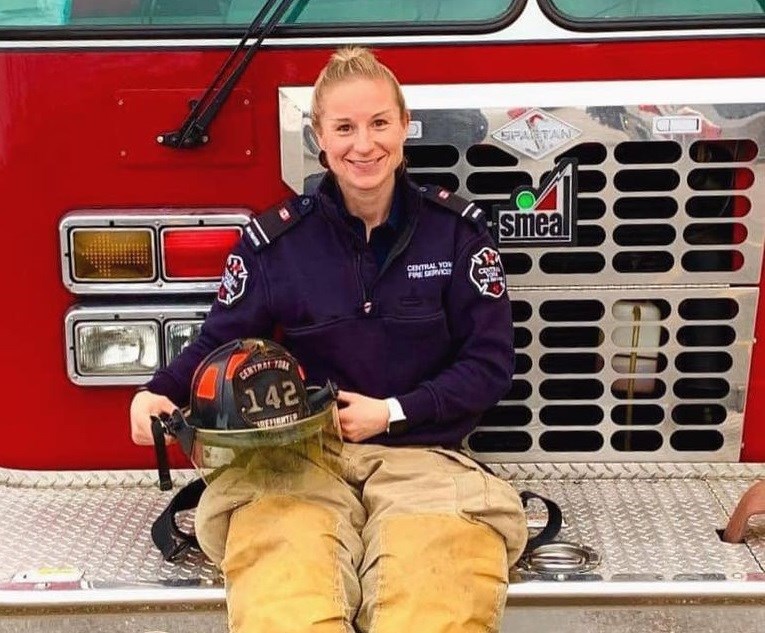 Kristy Paterson has become the first female acting captain in the history of the Central York Fire Services.

A 10-year veteran of Newmarket's fire department, Paterson recently passed the exams required to be a fire captain.

Although she is the first woman to be made an acting captain, Paterson said it is not her or her gender that really matters.

"Honestly, the way I look at it, I don't think it matters if you are a girl or a boy. The public doesn't care if it's a man or a woman when you show up at their door when they need help," said Patterson.

"It's more important to focus on the community that we serve."

Being an acting captain means that Paterson can apply for a fire captain position when one opens up at the fire department, and, in the meantime, she is able to take over for a captain at a fire scene if required.

Paterson studied at the University of Toronto, where she played varsity hockey but didn't know what career she wanted to pursue until her fourth year. But eventually decided to go into firefighting.

She was hired by Central York Fire Services in 2011 and has been there ever since when she also became the service's first female firefighter.

"When my class was hired, they had never had a female firefighter, much less a captain. So now I'm the first again," she said.

Paterson thanks everyone who may be pleased about her accomplishment for their support, but admits that she has misgivings about the recognition by virtue of her gender.

"Why is it special that a female passed the same test that the guys write? Why should I be given any more recognition than the candidate before me or after me?" she said.

She agreed that her rising up through the ranks is likely a sign of progress for women in firefighting, but noted that there have been many other trailblazers in that regard in the profession, even within York Region.

"I guess I just happen to be first in Newmarket and Aurora. Of course, I am super proud of my accomplishment and to do so well in the test, but I am just happy to have passed, just like everyone else — not just because I'm a girl," she said.

"I am proud of everyone who passed."