The 'barking and barking' of high-maintenance American Eskimo and Pomeranian dog, Cody, alerted family to fire danger
0
May 7, 2019 1:47 PM By: Kim Champion 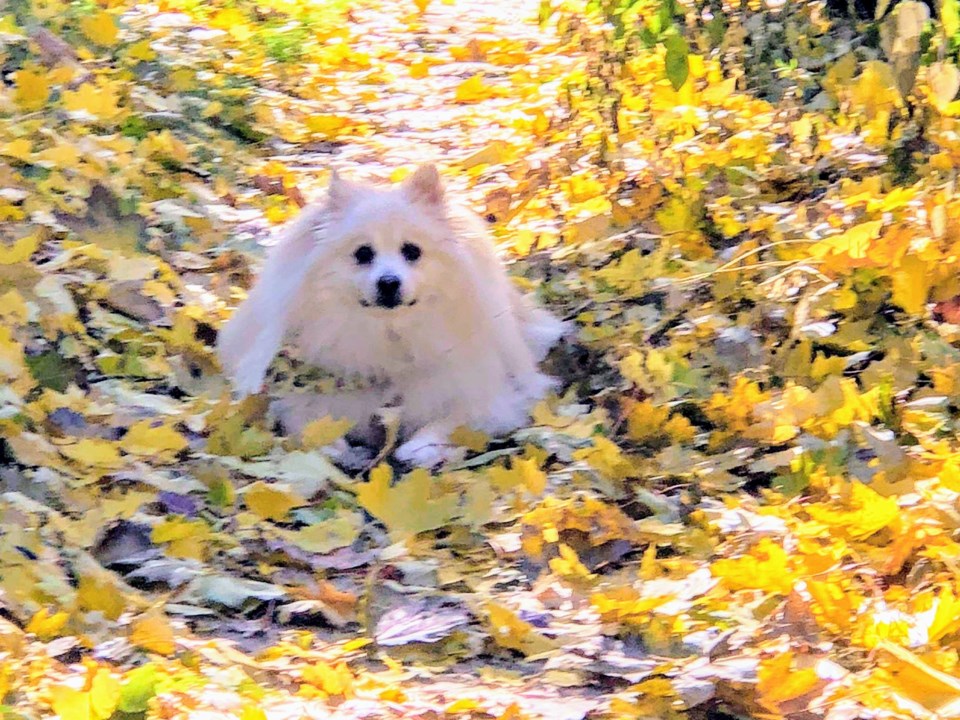 Rescue dog Cody alerted his owner's sister to smoke coming from the dishwasher at her Newmarket home. Supplied photo/Cara Everson

A high-maintenance rescue dog known for his incessant piercing bark appears to have prevented a kitchen fire from breaking out at the Newmarket home he was visiting.

At that time, Cody had already been returned to the shelter several times due to his barking, anxiety, separation issues, and general high-maintenance nature.

“He can be a real pain sometimes,” Everson said. “He’s more work and needs a lot of attention. But he was already returned a couple of times and I couldn’t bring myself to send him back, there was no way.”

But last month, while Cody was staying with Everson’s sister, Gemma Mrkobrada, for a few days, the little “pain” showed himself to be a hero.

Mrkobrada had gone to bed for the night, but was awoken by the dog’s constant barking. She thought to herself that this may be the last time she would offer to dog sit Cody.

“He does bark at times, and I kept thinking to myself 'I’ve had enough of this dog',” Mrkobrada said. “He kept barking and barking, it was odd, so I had to go see what was happening.”

Mrkobrada went downstairs to investigate and found smoke coming from the dishwasher. It turns out the plastic top of a carrot peeler had broken off and was stuck on the heating element, causing the appliance to emit smoke and a burning odour.

She removed the plastic and went back to bed.

“But the dog kept barking. I went back downstairs and it was still smoking. I dialed 9-1-1 because I was a bit worried if I went back to sleep and something happens I’ll never forgive myself,” Mrkobrada said.

The fire department arrived, checked everything, and made sure there was no danger of fire before leaving, she said.

“When I went downstairs the first time I was so mad at him, and when I saw the smoke and knew he totally woke me up barking for good reasons, I was all sweet to him saying, ‘I’m sorry, Cody’,” Mrkobrada now says with a laugh.

“I was going to tell my sister I can’t dog sit anymore, but he really did do a good thing. He’s back in my good books even though he’s a lot of work,” she said. “It goes to show you, you have to listen to your animals, don’t disregard their actions. He is high maintenance, but he is sweet, too.”

Everson doesn’t regret rescuing Cody from the York Region shelter and said she is proud of the dog’s actions at her sister’s that night.

“He’s turned out to be a good dog. Who knows, if a fire had gotten started, my sister is upstairs with her kids sleeping, and they live in a townhouse complex so it could have affected a lot of things,” she said. “It’s really neat that Cody did that. I’m so glad I got a rescue dog. All these dogs need homes and people need to give them a chance, not send them back if they’re not the perfect dog right away.”

“These dogs have been through so much and we don’t even know why they ended up in a shelter in the first place,” Everson added. “They just need a chance and to be shown love and how to trust. The more they feel secure, the more they will start to behave. You got to give them a chance.”

Heavy snowfall expected Wednesday
Feb 25, 2020 3:49 PM
Comments
We welcome your feedback and encourage you to share your thoughts on this story. We ask that you be respectful of others and their points of view, refrain from personal attacks and stay on topic. To learn about our commenting policies and how we moderate, please read our Community Guidelines.