York Regional Police say they are continuing their investigation of the tragic collision on Stonehaven Oct. 8
Oct 21, 2020 4:34 PM By: Alan S. Hale 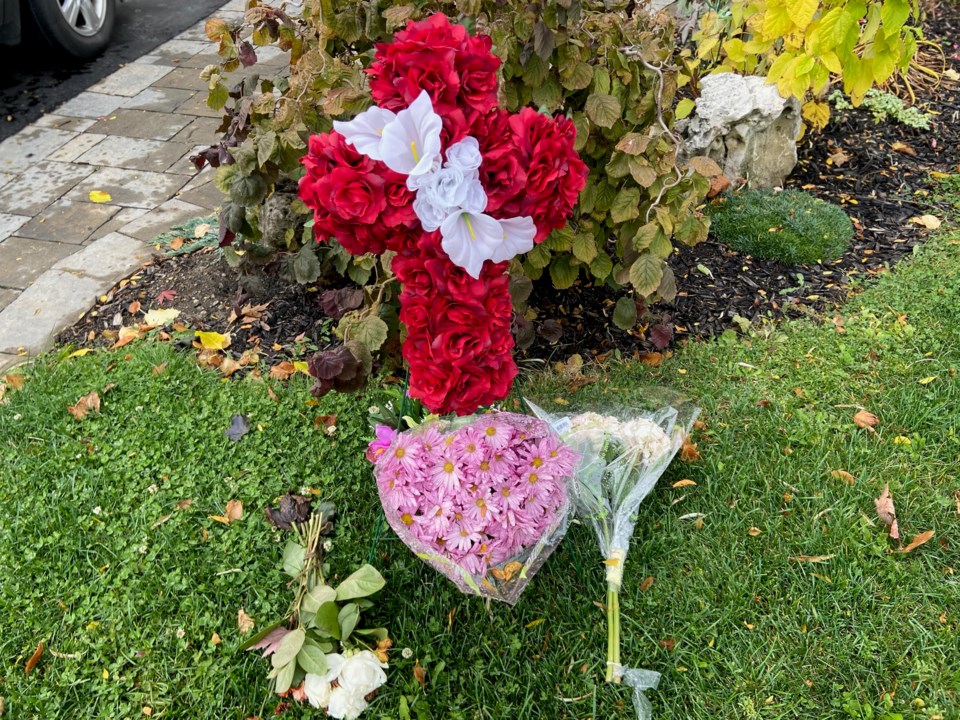 Residents have created a memorial for their neighbour who was killed after being struck by a car Oct. 8 on Stonehaven Avenue. Allie Kelly for NewmarketToday Debora Kelly/Newmarket Today

Some residents in Newmarket's Stonehaven neighbourhood remain distressed and are looking for answers following the death of their neighbour and her dog on Stonehaven Avenue.

York Regional Police said they are continuing their investigation of the collision that killed a 67-year-old woman on the scene while crossing Stonehaven near Best Circle on the evening of Oct. 8.

"It's just concerning. I walk with my dog there all the time," she said. "I've been talking with other people, and everyone is very aware of it and are wondering what happened."

"I would like to know if she was using the crosswalk — it is very dark on that corner. I know a lot of people sort of glide through stop signs without coming to a full stop, and I wonder if that's what happened there," she added.

Police are providing few details other than those released following the incident, that the woman and her pet were out for a walk around 7:40 p.m. when they were struck by a vehicle whose driver, a 50-year-old Newmarket woman, stayed at the scene. When first responders arrived, the victim and the dog had no vital signs.

No charges have been laid, police said, however, they were in the neighbourhood taking witness statements as recently as Tuesday evening as the investigation continues.

Specific details of where the victim crossed the street, or if she was using the crosswalk, are not included in the police report.

UPDATE: Woman pedestrian, dog killed in collision in Newmarket neighbourhood
Oct 9, 2020 7:53 AM
Comments
We welcome your feedback and encourage you to share your thoughts. We ask that you be respectful of others and their points of view, refrain from personal attacks and stay on topic. To learn about our commenting policies and how we moderate, please read our Community Guidelines.