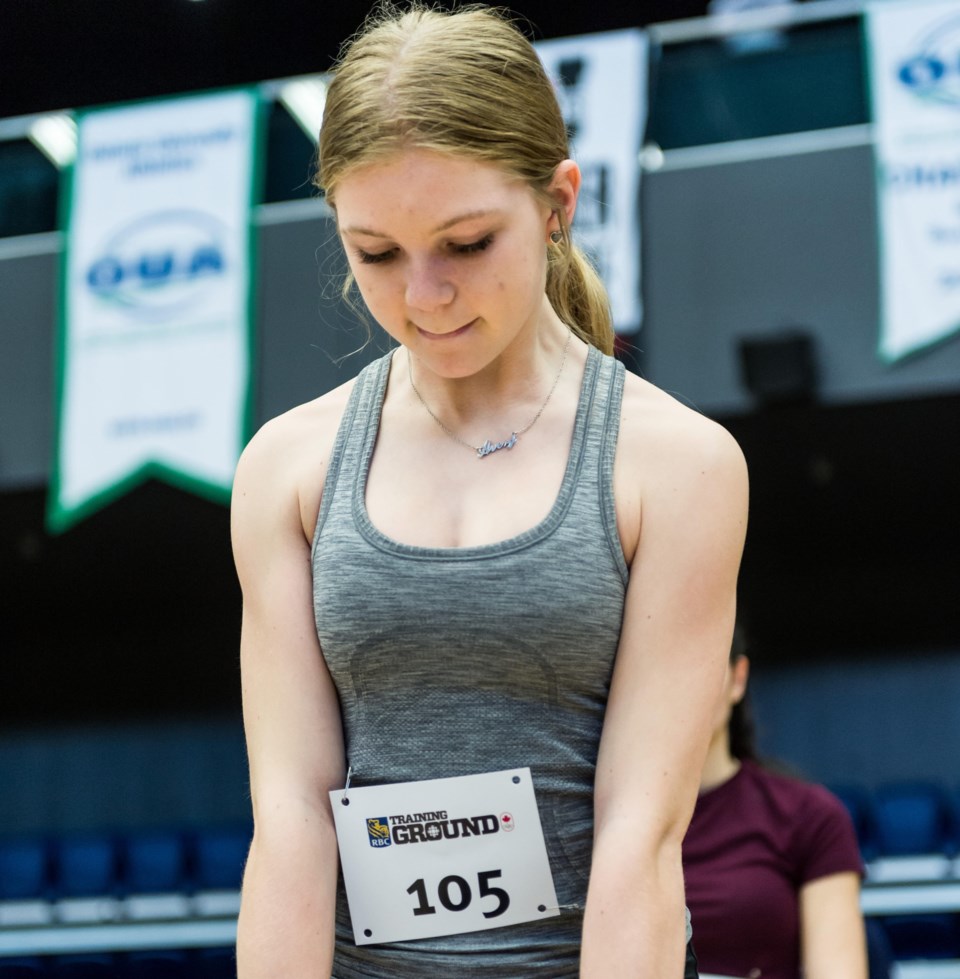 Last Saturday, young athletes attended the the RBC Training Ground Olympic talent search event at the University of Toronto, with one in particular turning heads with her impressive records.

Avery Steyn, 14, who attends Dr. John M. Denison Secondary School in Newmarket, was one of the youngest athletes in attendance out of the 120 who participated, and has made news headlines before for her obstacle course competition results.

The event has been running for the past five years and travels all over the country, helping the Canadian Olympic Committee’s Olympic sports find new talent.

Steyn competed in tests in strength, short distance runs and a shuttle run.

Her results have got her a lot of attention from the committee and are opening doors in many new sports she has never considered before.

Her speed test results at the event were most notable, meeting Olympic level benchmarks — surpassing some of the 14 to 25-year-old national level Olympic stream athletes.

Her time of 4.64 seconds in the 30m sprint was one of the top performances of the day, meeting a high performance benchmark of many of the participating sports.

Top performers from the talent search events will begin further one-on-one testing with specific sports, with the potential of being invited to the RBC Training Ground national final, which brings together the top 100 high potential athletes discovered at the qualifiers across the country. Steyn is hopeful she will make it to the qualifying round.

So far Cycling Canada and Rowing Canada have expressed interest in Steyn and are expected to be in touch with her soon for a follow-up assessment.

"She's never tried any of these things (sports) before, so I guess that's the whole purpose of the program" explained Steyn's mother, Nadia.

"She was nervous when we got there, but she left super excited," she added.

Steyn has been participating in spartan racing since she was nine years old. Last fall, she travelled to the U.K. to compete in the  Obstacle Course Racing (OCR) Championship. Currently, she is ranked fourth in the world in her age category for spartan racing. She is training for a few upcoming races this spring and summer in Las Vegas, Montreal and B.C.

She is also a hockey player, playing with the King Royals, and trains with the Newmarket Huskies running team.

"She needs a personal assistant," joked her mother about her daughter's busy schedule.

Over the past four years, RBC Training Ground has tested more than 8,000 athletes, and 10 per cent of them were identified as having high Olympic potential.

LIVE: Premier expected to release 'stark' COVID-19 projections
Apr 3, 2020 11:30 AM
Comments
We welcome your feedback and encourage you to share your thoughts on this story. We ask that you be respectful of others and their points of view, refrain from personal attacks and stay on topic. To learn about our commenting policies and how we moderate, please read our Community Guidelines.