But Mayor John Taylor says, 'Ultimately, the decision to build a library, or a satellite or nothing is a decision of council, and that will be our decision when that time comes'
May 28, 2019 4:30 PM By: Kim Champion 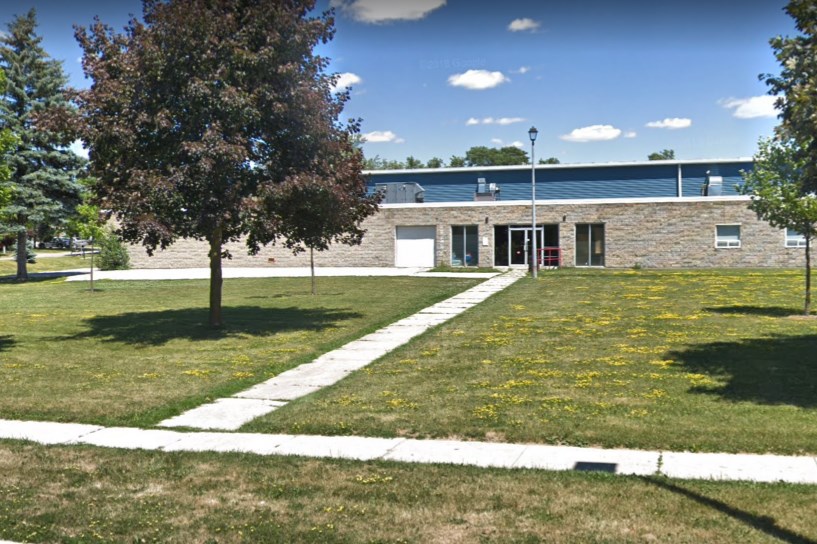 In the end, Newmarket council was unanimous in its decision to hold on to the Hollingsworth Arena property in the Huron Heights neighbourhood, save for a small slice, and redevelop it with public input into green space for community use.

The 9-0 vote at the May 27 council meeting seals a long and arduous process that rejected developer interest to purchase the entire parcel of town-owned land at 35 Patterson St., along with an earlier, independent decision to decommission the aging, single-pad arena in 2020 that’s been in operation there for nearly 50 years.

And while council has agreed in principle to offer for sale 21 metres of its property to enable future development on two adjacent properties owned by Briarwood Development Group at 693 and 713 Davis Dr., no formal application has yet been made to the town.

Town staff will investigate potential options for the development of a community park and how it would be financed, which could include some or all of the net proceeds from any future sale of the 21-metre portion of the Hollingsworth property. In addition, an information session to seek public input will be held on the potential future uses within the community park.

But that didn’t stop at least one council member from taking the opportunity to make a play for an idea that he talked up during the October 2018 municipal election regarding the Hollingsworth land.

Deputy Mayor Tom Vegh reversed his earlier vote to sell all of the town-owned land to developer Briarwood and, instead, came to the conclusion that with “Newmarket being only about 14 square miles, land, and particularly land owned by the town, is precious to us”.

“Looking at this site, there are many possibilities and I have spoken frequently about a new library on this site, but before anything is done with this site, we will go to a full and transparent consultation process,” Vegh said during a lengthy recap of council’s deliberations on the matter to date.

“We know our population will grow, we will have intensification, and this makes the ownership of a good-sized, unfettered piece of property even more important for the residents of Newmarket. The plan there is to demolish the arena, leaving us with a significant piece of land to develop for future community use.”

One of the key planks in Vegh’s election bid during the October 2018 municipal election was building a new library and seniors centre on the Hollingsworth Arena property. At the time, Vegh said development charges the town collects from builders would partially cover the costs, and that the two new facilities would share parking and other resources to maximize operational and capital savings.

“People that know our library know it is about 40 years old, has not been able to change with the times as it needs to, due primarily to its facility restrictions. It’s an older building, has multiple storeys and is packed with books and not enough space,” Vegh continued. “The building is not well-suited for the functions of a modern library. However, and this is a big however, the library must go through its own process that will evaluate and rank all the possible site locations in town for a new building, if that’s the route that they choose to go.”

Vegh offered that there’s no guarantee in going through the town’s planned public consultation process that a new library will land on the Hollingsworth site.

“And, there’s no guarantee that we’re looking at a library as there’s lots of opportunities for that site to build facilities and build things we’ll need for our growing population in an intensified area, but a library is one of the options,” he said.

“I’m voting in favour of not selling Hollingsworth and holding onto it for community use,” Vegh said.

Councillor Grace Simon also reversed her initial vote to sell all of the Hollingsworth land. She said council may have differences of opinion at times, but the “important thing is to respect those differences and move ahead together”.

In response to Vegh’s pitch, Mayor Taylor noted for clarification that the library board will be engaged, generally, about the future of libraries during this term of council.

“But, ultimately, the decision to build a library, or a satellite or nothing is a decision of council, and that will be our decision when that time comes, and that’s important to keep in mind, as well,” Taylor said.

“Council needed to find a way forward while sticking true to our goals, to intensify our corridors and provide housing options,” Mayor John Taylor said. “And by selling 21 metres of the land, we’re able to enable potential development to move through the planning process. But we need to think about green space because we are a highly urbanizing community.”

Councillor Jane Twinney, in whose ward the land is located, was lauded by her colleagues for her work and community leadership over the years that saw two developers own the land that abuts the Hollingsworth Arena.

“Thanks to this council for a now-unanimous vote going forward and a lot of work that has been done by Councillor Twinney,” said Councillor Kelly Broome. “There’s been two developers and lots of decision-making, and also a big thanks to the community for staying the course and wanting to keep Hollingsworth. That is the win here, that we will be able to involve the community and have them be a part of what that land will become.”

Twinney noted that the addition of a six-storey seniors building in one of the two development options presented by Briarwood, which would have involved a takeover of the town land, wasn’t a guarantee.

“Even though it was tabled as an idea, there was no formal plans on the table, and no proposals were put in front of us,” Twinney said.