You have until Friday to take advantage of the early bird discounted tickets for the June event that promises nine hours of non-stop noshing, sipping suds
0
May 7, 2019 8:00 AM By: Kim Champion 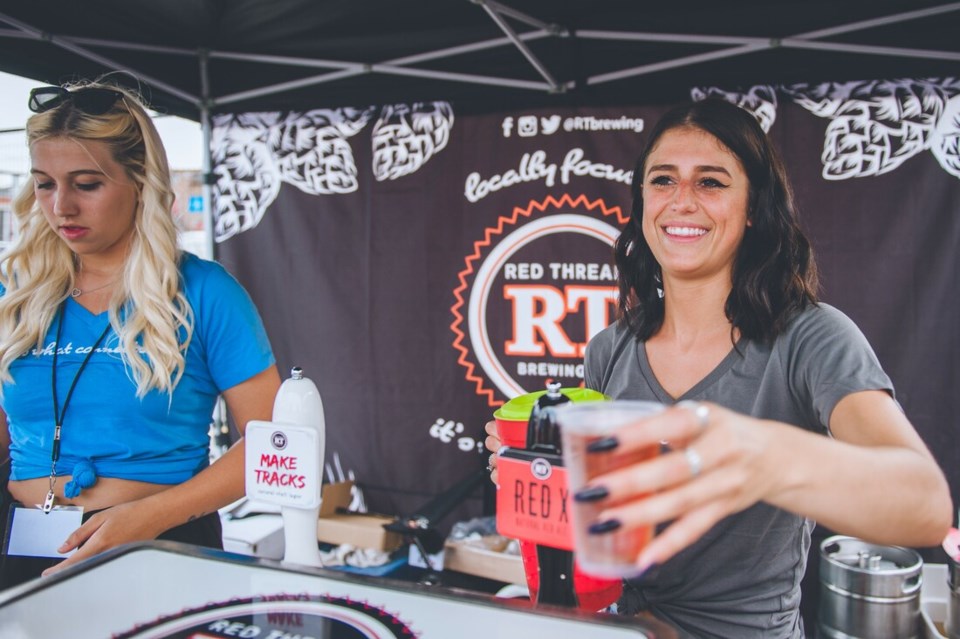 There’s something brewing in Newmarket that promises to be bigger and better than the year before.

When the Newmarket Craft Beer festival hits its new, larger location at Fairy Lake Park June 15, it will offer visitors grass upon which to stretch out, an amphitheatre to enjoy live music, food trucks and food vendors and, oh yes, more than a dozen craft suds and ciders from Newmarket and beyond.

The fest’s co-founders and organizers Carl Milroy and Michelle Planche, both local residents, said excitement is building for the second annual event.

“We moved about 300 metres south to Fairy Lake Park and we’re partnering with the Lions Club’s annual Aritsans festival, so our events will be running side-by-side,” Milroy said. “It’ll give us both a bigger audience and help each other out.”

“For the breweries that are participating, we try to keep it as local as possible, starting with Newmarket as our epicentre and moving out from there,” Milroy said. “We’ve got Red Thread and Arch, both from Newmarket, Old Flame from Port Perry, Redline from Barrie, and more.”

A new activity this year for adults includes axe throwing, hosted by the Newmarket company Bullseye Axe Throwing. For children and teens, there is a rolling video games trailer for a bit of fun. And the day-long event is fur and family-friendly, organizers say.

Two scheduled events might prove challenging, but if you want to add a little health and fitness to the fest, for an extra fee you can participate in a 5-km beer run, presented by Running Free, or take part in a yoga and craft beer class with Healthier at Home.

“It’s our idea to get the whole community involved, and we had an advisory board this year to work on making it a real community event,” said Milroy.

For example, a donation box for the Newmarket Stingers softball team will be on the festival site, and the main charity for 2019 is the Newmarket Food Pantry. The craft beer fest’s organizers gave the local food bank 100 tickets to sell at $10 a piece. Guests are also encouraged to bring a non-perishable food donation the day of the fest that will be collected on site.

Last year, more than 100 pounds of food was collected and $794 raised in donations.

Performers have been lined up, including Dave Nagy on acoustic guitar, country duo the Beresfords, DJ Sean Listro, country party band Daybreak Moonshine, and the Focklers.

The Newmarket Craft Beer festival is an official event of Ontario Craft Beer Week, which runs June 8 to 16.

Early-bird tickets are on sale until Friday, May 10, and can be purchased for $7.

Regular tickets are $10 in advance and $15 at the door. Children under 18 are free. All tickets include two tokens toward food and drink, a $4 value.

Your non-perishable donation for the Newmarket Food Pantry gets you $5 off the ticket price at the door.

There is still some space for additional food vendors and volunteers.

Heavy snowfall expected Wednesday
Feb 25, 2020 3:49 PM
Comments
We welcome your feedback and encourage you to share your thoughts on this story. We ask that you be respectful of others and their points of view, refrain from personal attacks and stay on topic. To learn about our commenting policies and how we moderate, please read our Community Guidelines.