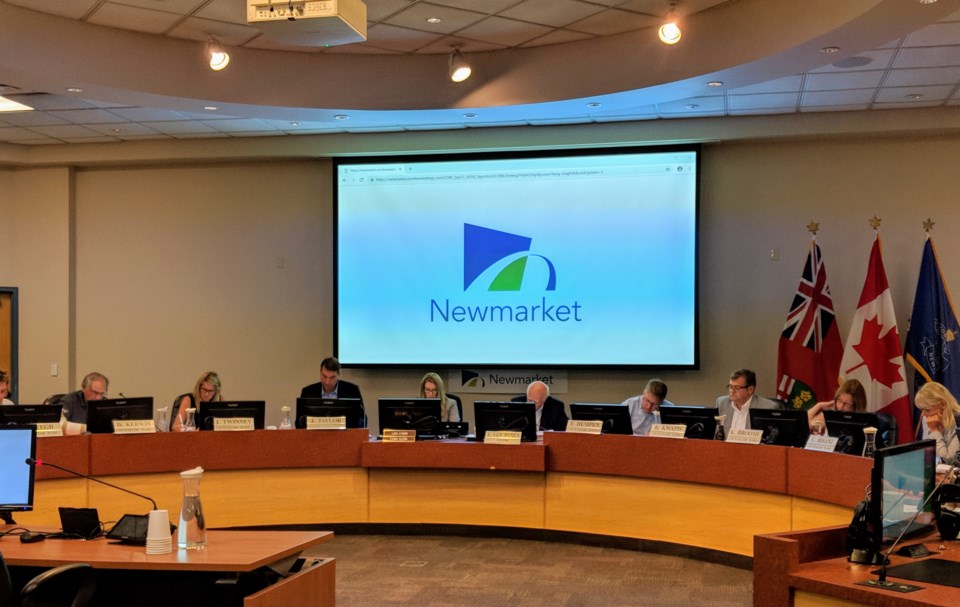 Salaries, benefits and expenses for Newmarket’s elected officials rang in at just more than three-quarters of a million dollars in 2018, according to the town’s just released statement of council remuneration and expenses.

More than $177,000 in severance payments were made to the town’s departing mayor and two ward councillors for their years of service, on top of the usual salaries, benefits and expenses covered by Newmarket taxpayers. Salary and benefits for council for 2017 was about $558,000.

Three-term former mayor Tony Van Bynen received the maximum allowable of $95,631 in severance pay, to which a member leaving office is entitled. Council policy allows one month's base pay for each completed year of continuous service, to a maximum payment of 12 months.

In addition, the mayor’s office came with an annual corporate expense budget of $44,000, with Van Bynen spending about $34,000. Of that amount, about 70 items in the report are simply recorded as “business meetings” that took place at a wide variety of local restaurants totalling more than $6,600.

As in previous years, the Newmarket Taxpayers Advocacy Group, a non-partisan organization made up of local citizens who advocate for fair taxes, less waste, and transparent and accountable government, say scant details about the former mayor’s restaurant expenses is a cause for concern.

“There is a lack of information or description as to the business purpose of the expense,” said group president Kathy (Toth) Kumpula, in unison with group spokesperson Teena Bogner.

The local group has also in past years raised concerns about councillors’ expenses.

“Our concern with councillors’ expenses stems from the town’s Elected Official Expense Policy, which states: “The responsibility for determining the appropriateness of discretionary expenses rests with the individual elected official and not with staff. The elected official is accountable to the public.”

"Until such time that there is additional oversight on the expenses claimed by elected officials, as it is with other levels of government, the potential for waste and abuse are a concern,” Kumpula and Bogner said.

In total, the salary and benefits tab for Newmarket’s politicians last year rang in at approximately $560,000, the town report showed, which includes perks such as a vehicle allowance and cellphone subsidy, worth a total of about $55,000 annually.

Only Newmarket’s mayor and deputy mayor are considered full-time positions. Ward councillors’ offices are classified as part-time and, in fact, several councillors hold other jobs in fields such as real estate, and marketing and communications.

Discretionary spending by town councillors in 2018 all came in under their allotted budgets of $5,500 a year. With the exception of the cost to attend conferences such as the Federation of Canadian Municipalities, which can chew up budgets on flights and accommodations, the town report shows Newmarket councillors ponied up cash for a wide array of community events and activities, such as the $150 ticket for the York Regional Police annual appreciation gala.

Councillors can potentially spend $6,862 of taxpayer dollars, which includes the annual $5,500 budget for discretionary spending and a $1,362 "environmental fund" that can be used for such things as attending an environmental group’s fundraising dinner or donating to a school’s outdoor teaching class.

She claimed $2,703 in discretionary expenses in 2018, and her environmental fund went untouched. Printing and distribution for the councillor’s newsletter took up most of the budget at $1,089.

“There was a couple of big conferences I didn’t go to that year, like the Federation of Canadian Municipalities, and that can sometimes use up a large part of your budget,” Twinney said, adding that she often forgets about the money in the environmental fund. “Some community events I put through my expense accounts and some I don’t. There’s so many to go to, it can get expensive between sponsorships and tickets. I do try to do some personally.”

Similarly, Ward 7 Councillor Christina Bisanz spent nothing from her environmental fund, and just more than half of her annual discretionary budget, or $3,176. Of that, about $1,750 went to pay for Bisanz’s attendance at the Federation of Canadian Municipalities conference in Halifax, Nova Scotia.

At the other end of the scale, Ward 6 Councillor Kelly Broome used up 96 per cent of the funds available or $6,641. Broome’s entire $1,362 environmental fund was directed toward the new Newmarket Heights neighbourhood sign on the southeast corner of Longford Drive and Penn Avenue in Ward 4, while more than half of her discretionary budget was spent on producing an annual report and safety postcards.

Former mayor Van Bynen also kicked in $931 for the Newmarket Heights sign, with former deputy mayor and regional councillor Taylor contributing $795,  former Ward 4 councillor Tom Hempen paying $3,842, as the sign was located in his ward, and then-councillor Tom Vegh giving $795. The $27,000 sign also saw a fundraiser that collected about $10,000 from the public, with council matching that figure, and the remaining cost put through the town's capital reserves fund.

With just one month in office during the 2018 reporting period, rookie councillors Grace Simon and Trevor Morrison dished out about $20 each for business cards. Newly elected Ward 2 Councillor Victor Woodhouse also purchased business cards, and used $200 as a donation to the breakfast program at Prince Charles Public School.

The ward councillors’ combined corporate expenses topped out at about 166 per cent over the $7,400 annual spend. New office furniture to the tune of about $10,000 claimed the lion’s share of that budget.

As a deputy mayor and regional councillor in 2018, Mayor Taylor spent about $2,400 of his annual $6,586 budget on such things as tickets to community events, newspaper advertising on Remembrance Day, a $71 historical print, and $28 in parking fees to attend meetings, among other small-ticket items.

​​​​​The Town of Newmarket's council expenses are posted to the town's website quarterly throughout the year. Expenses will be published within 30 days of the completion of each calendar quarter.

For more information on how Newmarket's elected officials are compensated, here.