Ahmadiyya Muslim Jama’at (AMJ) Canada is requesting a zoning change to permit a nearly 15-acre cemetery on its property on Sideroad 10, to serve its rapidly growing community
May 29, 2020 4:00 PM By: Natasha Philpott 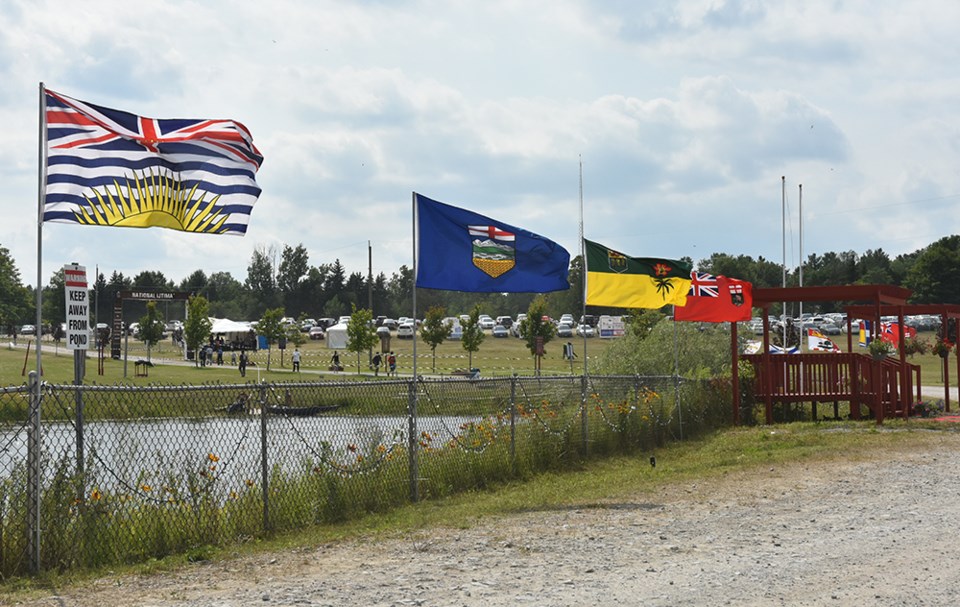 The Ahmadiyya Muslim Jama’at (AMJ) Canada is seeking rezoning to permit a cemetery on the property it owns on Sideroad 10 in Bradford West Gwillimbury.

“It would be great if we could pay our last homage to our brothers and sisters in faith at one place,” said Jamil Ahmad, president of AMJ Bradford at the virtual public planning meeting held Tuesday.

He noted that the AMJ Muslim community is one of the fastest growing communities in Bradford. Five years ago, there were fewer than 60 members; now the community numbers close to 1,000. He predicted it will grow to 2,000 by 2022, and as it grows, there is a need for a cemetery.

There is currently a single Muslim cemetery in neighbouring York Region, the Toronto Muslim Cemetery, which opened in 2012 on a 36-acre parcel of land on Leslie Street north of Stouffville Road in Richmond Hill.

AMJ is seeking to re-designate and rezone a portion of the property on the southeast corner of Sideroad 10 and Line 12 to permit a 14.9-acre cemetery, a 1,000-square-foot one-storey visitation centre, two funeral supply and equipment storage sheds and accommodation for two cemetery caretakers.

David McKay, representing the applicant,  said that on average there are five to eight deaths per month in the community, and funerals are held on Fridays with approximately 50 guests attending.

The lands are currently designated agricultural in the official plan, and a cemetery is currently not a permitted use.

A report from staff identified some concerns, including the size of the accessible parking spaces. Although the plan proposes more than the miinimum number of spaces, the dimensions need to be changed to meet AODA (Accessibility for Ontarians with Disabilities Act) standards.

The town’s engineering department did not support the application due to concerns over the functional servicing of the site, stormwater management, and traffic.

Comments from the public were mixed, with several residents expressing concerns about living in close proximity to a cemetery and the impact on real estate values. Others worried about excessive noise, traffic and the impact on water supply, as well as well as the loss of agricultural land.

Bradford resident James Walker said he and his wife support for the application.

“This town has a number of dedicated cemeteries already,” he said, pointing out that other faiths in town have their own cemeteries, including Anglicans, Presbyterians and Roman Catholics. “Why not the Muslims? They are as meaningful to us as anyone else in this community. I think they should be given our support. We have to show love and respect for them, as they show love and respect for us."

The municipality received emails expressing support for the application, as well.

Councillor Peter Ferragine said the emails received in support of the proposal were from members of the AMJ community, while those opposed to the plan were from residents who lived in the area, and he shared their concern over the loss of agricultural lands.

“I’m of the opinion that we need to protect our agricultural land,” he said. “To me, it doesn't feel like it fits the area,” adding utilities and infrastructure are not in place for the type of buildings proposed.

He also worried about setting a precedent for zoning changes on agricultural lands.

“As soon as you open that floodgate, it won’t stop,” he warned, noting there have been many other applications sent in requesting for development that have been turned down.

Staff noted when the AMJ purchased the lands in 2005, zoning permitted cemeteries, and the community was under the impression it could use the land for that purpose. The Muslim community came forward when the town brought in a new zoning bylaw, changing the allowed uses.

In 2009-2010, the zoning bylaw amendment for the property was deferred, as was a similar application filed by the Catholic Archdiocese for a property on the other side of 10 Sideroad. The applications remain before the county.

Mayor Rob Keffer agreed members of the community should be able to bury loved ones close by.

“There is a cultural need to be able to go and visit your ancestors, your loved ones of your family and friends, and we all realize as members of council, members of our community do deserve this,” he said.

The comments were referred to staff for review, and a future report and recommendation will come back to council at a later date.