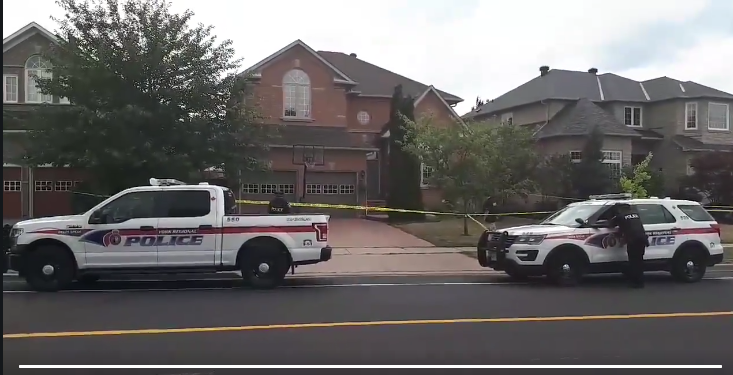 York Regional Police are on the scene of a suspected home invasion in Markham that sent a man to hospital with life-threatening gunshot injuries.

A man who was shot in a suspected home invasion in Markham earlier this afternoon has been sent to hospital with life-threatening injuries, according to York Regional Police.

York police responded to a report of a shooting at a Boxwood Crescent residence about 2:09 p.m. Aug. 12 and found an adult male injured. Paramedics were at the scene and transported the injured man to hospital.

SHOOTING IN MARKHAM - Investigators are at the scene of a suspected home invasion on Boxwood Cres, south of 14th Ave. One adult man is in hospital in life-threatening condition. Two Male suspects fled in a dark-coloured vehicle. Anyone with info call 866-876-5423 x7541 pic.twitter.com/0mOmQc83K7

Police are searching for two male suspects who fled the scene in a dark-coloured vehicle.

Investigators are at the scene.