Madi Vanstone is lobbying the government for access to life-saving medications for CF patients across Canada
0
Nov 15, 2019 1:45 PM By: Natasha Philpott 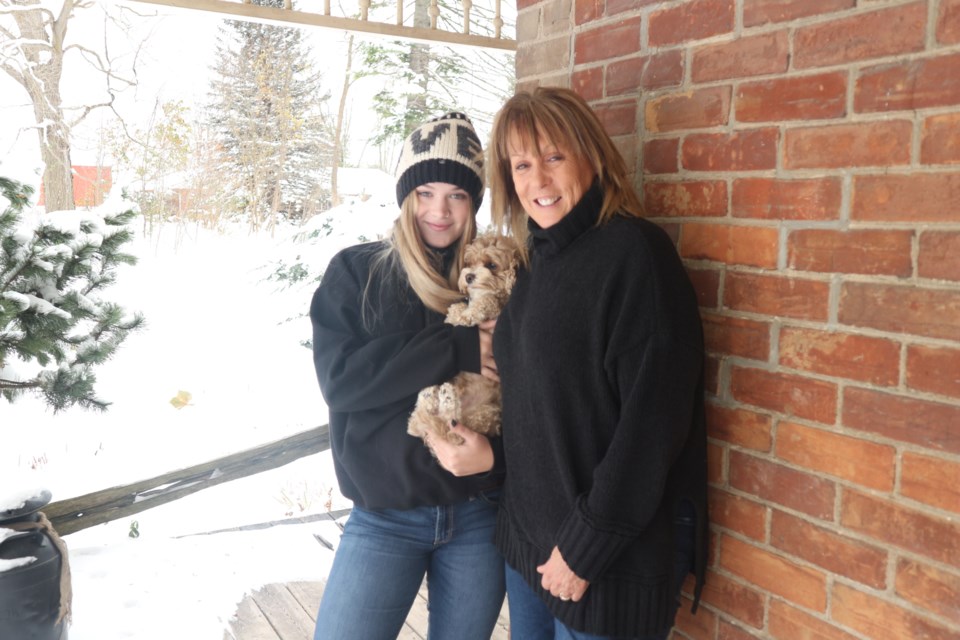 Cystic fibrosis (CF) warrior Madi Vanstone will be lobbying the government once again this month in hopes of getting more life-saving medications for CF patients approved in Canada.

Six years ago, she made headlines when she convinced then-premier Kathleen Wynne and the Ontario government to approve coverage for her life-saving drug, Kalydeco.

Without the coverage by OHIP, her family could have spent almost $350,000 a year for the drug, although insurance and the fact that she was part of a study reduced the cost to the Vanstones to about $60,000 per year.

Since being on the drug, Madi has been able to live a relatively normal life.

“She tests negative for CF right now as long as she remains on the drug. It’s incredible. It’s not a cure because she has to continue on it, however, as long as she’s taking this drug, the disease is kind of halted,” explained her mother, Beth Vanstone.

The drug Kalydeco was designed to help approximately three to four per cent of CF patients, with a specific gene mutation. There are two more CF drugs, Orkambi and Symdeko, from pharmaceutical company Vertex that are currently approved by Health Canada, but not readily available in Ontario due to high prescription criteria and lack of insurance coverage by OHIP.

Both the Orkambi and Symdeko drugs have been approved for market authorization by Health Canada and eligible patients can access them through private insurance.

“However, if you rely on public access and do not have private insurance, there is only limited access, via strict criteria, in Ontario, Saskatchewan and Alberta,” explained Beth.

Madi is hoping to win over the provincial government once more, urging Ontario to lower the prescription criteria and increase government coverage.

Beth recently sent a letter of “hope and proof” to Minister of Health Christine Elliott in the hopes that history will repeat itself and the Ontario government will provide access to the two drugs to more CF patients.

Elliott replied to the letter immediately to set up a meeting. Madi and Beth will be visiting with the minister in Toronto Nov. 27.

The Vanstones have also enlisted the help of MPP Jim Wilson, who helped Madi lobby the government in her fight for Kalydeco coverage. He and the Vanstones will head to Queen’s Park Nov. 21 to discuss the matter with elected officials.

“I am not asking the government to do anything out of the ordinary. I am simply asking that they be compassionate and do the right thing,” said Wilson.

“Canada is lagging behind and we can’t let that happen. I believe the government is trying to do the right thing, but we need to keep the issue at the top of mind. The government needs to develop a 'rare drug' strategy to fix the problem, but in the meantime, there needs to be a solution for those suffering now,” Wilson said.

There is another CF drug that was recently approved by 18 other countries, including the U.S. and Germany. Trikafta, also manufactured by Vertex, could potentially help the majority of CF patients, but the manufacturer has not yet sent a submission for marketing in Canada.

“At this time, Health Canada has not received a submission for the product Trikafta, which is a combination of Elexacaftor, Tezacaftor and Ivacaftor. However, Health Canada and Vertex Pharma, the manufacturer of Trifakta, have been in contact in regards to this product,” confirmed senior media relations adviser Maryse Durette.

Currently about 4,200 patients are battling CF in Canada. Every case of CF is different. There isn’t a ‘one size fits all’ answer to treatments and medications, which is why the Vanstones believe it is important for the government to work out a portfolio deal, giving CF patients access to as many medications as possible.

"The new drug is what everyone is excited about. That's why the portfolio deal is important, so they can get them done all together," said Beth. “Canada should not have people dying of disease because they are not willing to sit down and negotiate.”

“These are preventive life-saving medications. It’s the government’s responsibility to negotiate with the drug manufacturer to make these drugs more affordable, similar to what 18 other countries have already done,” added Wilson.

A spokesperson for Vertex Pharmaceuticals said it is unable to comment about the future products that have not received market authorization in Canada.

“However, it is important to note that Vertex has concerns that new Canadian medicine pricing rules, as they are currently written, has the potential to limit access to treatments for Canadians living with a rare disease," said the spokesperson. "We are working closely with relevant stakeholders to re-envision an environment where access to rare disease medicines for all eligible patients is achievable.”

Every year, Madi and Beth work in support of CF Canada, holding fundraisers and travelling across Ontario to raise awareness of the disease and the drugs available.

There is a current hashtag trending among the CF patient community: #cfcantwait and #100days.

“(it's) because our expectation is that a deal will be negotiated in 100 days,” said Beth of the two medications waiting for coverage. “Our goal is to have a portfolio deal with Vertex negotiated within 100 days, and to take the prescribing material out of the hands of bureaucrats.”

She added that CF patients have been “waiting long enough,” and “won’t stop fighting” until they get answers.

Madi said she is looking forward to going back to Queen's Park, and fighting for a cause she believes in. “I am excited to get back. It will be fun, I enjoy it, hopefully we can get it done,” she said.

York Region's decline in new COVID-19 cases hits 'pause button' with spike in outbreak cases
May 25, 2020 7:27 PM
Comments
We welcome your feedback and encourage you to share your thoughts. We ask that you be respectful of others and their points of view, refrain from personal attacks and stay on topic. To learn about our commenting policies and how we moderate, please read our Community Guidelines.