LETTER: Planning decades down the road does little for drivers today 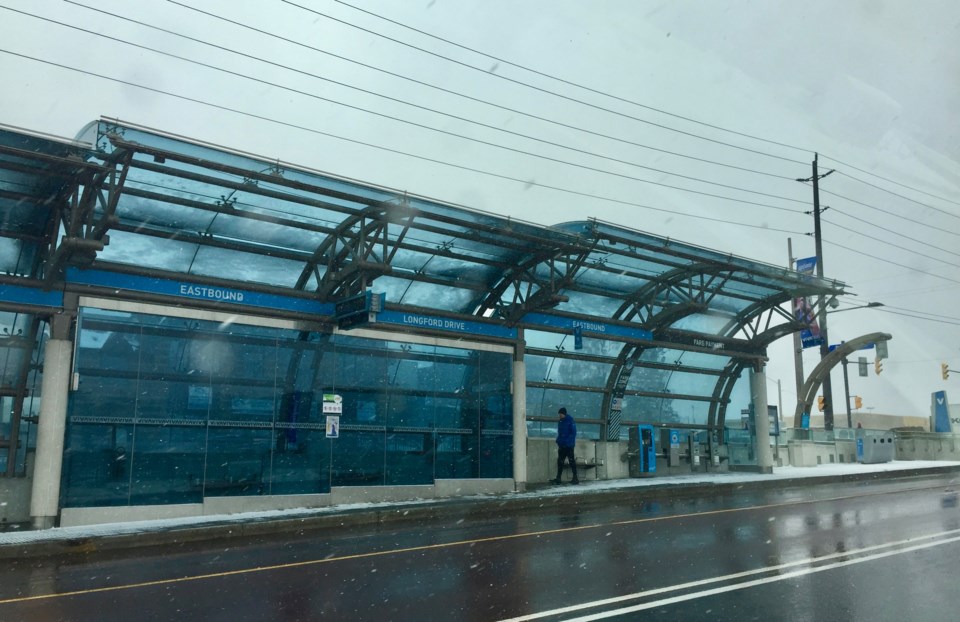 Waiting for the Viva bus on Davis Drive. Debora Kelly/NewmarketToday

Re: Up Front with the Mayor: Answers about Davis Drive congestion, Cane Parkway road work

Mr. Mayor, I just read your comments about Yonge Street and Davis Drive as “planning for 20 or 30 years from now”.

That is small comfort for the drivers who use the roads today. It may benefit my grandchildren someday, but they have all moved to other towns.

Before Davis Drive was turned into a 20- or 30-year “wonder” drive, it was four lanes wide and traffic shared the curb lanes with three bus lines.

After all that has been done with our tax dollars it is still four lanes wide, with the curb lanes being shared by two bus lines.

What did we gain except keeping a large road crew off EI for several years?

The only traffic I have seen in the new “rapid transit” lanes has included a few empty Viva buses, an occasional ambulance, a couple of YRP cruisers, and several garbage trucks. One of the garbage trucks nearly became a statistic last week when a motorist in the left travel lane didn’t give him the right-of-way at the merge, east of the Roxborough intersection.

What exactly are you planning for 20 or 30 years from now when you (probably) and I (certainly) won’t have a drivers’ licence anyway?