A community sharing service that links assistive equipment with those in need is folding due to liability concerns
Nov 12, 2019 11:30 AM By: Kim Champion 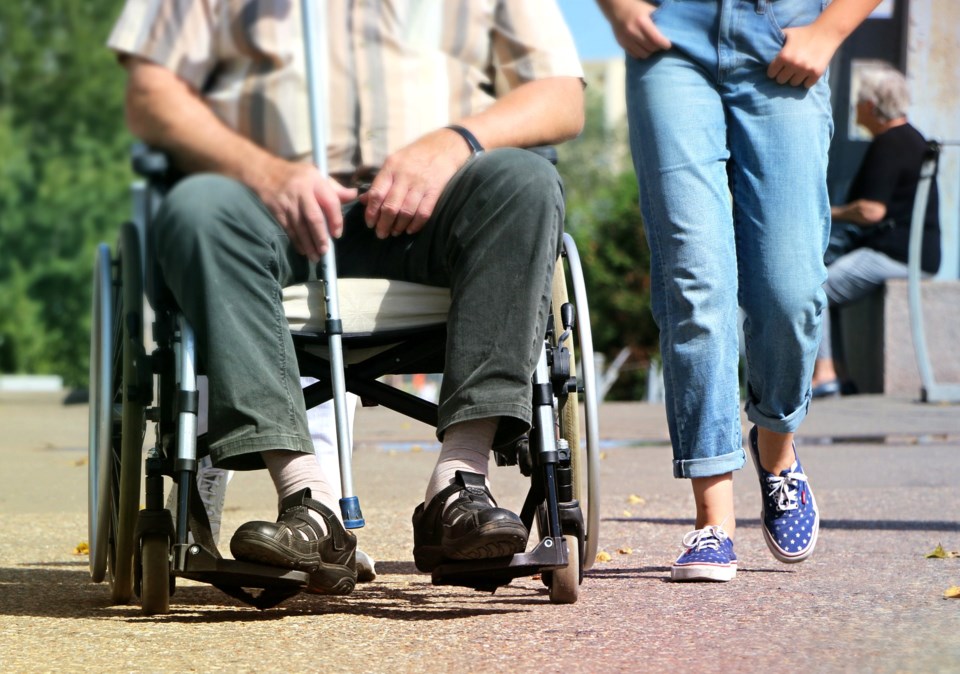 A successful community-sharing service now seven years in the running that provides free loans of wheelchairs and walkers to those in need is being shut down over concerns about legal liability, according to its founder.

“It has outgrown me and this added problem of legal liability is troubling,” said Newmarket resident Richard MacLeod, who started the program with just three wheelchairs and three walkers he picked up at local garage sales. “What I would like to see is a local service club or organization take over the service.”

The program’s success and growth today finds an inventory of about 100 assistive devices, including 20 wheelchairs and 20 walkers, all donated by what MacLeod calls “community angels”, residents who also help to store, pick up and deliver the equipment to whomever needs it.

But MacLeod was recently made aware that he faces liability risks in managing the loan program and said he must now end his involvement.

“I investigated the cost of insurance and it appears prohibitive, to be quite honest,” he said, adding that quotes he also received for storage space alone for the inventory rang in at $800 a month. “I am already subsidizing the operation.”

In May 2018, MacLeod created the public Facebook group, Free Loans of Wheelchairs and Walkers, where members could post items available for loan, or ask for what they needed. The group currently has 267 members.

The service’s growth and storage needs spurred MacLeod to reach out to local groups for operational help, and that is when he learned they no longer provide such a service due to safety and liability concerns. For example, the Royal Canadian Legion Branch 385 in Aurora recently stopped providing a similar service.

MacLeod said that, according to his insurance broker, it is his responsibility to alert potential donors they could be held responsible in the event of an accident or malfunction of the equipment. He wrote a post explaining his dilemma on the social media group, noting that he had no problems during the life of the service. He offered to leave the page up in the meantime for members who wish to interact with each other on their own.

“If you loan anything to anyone and they are injured, you are held liable,” MacLeod said. “While we do maintenance on wheelchairs and walkers, we are held responsible if something happens.”

One of the Facebook group’s members, Muriel Lee, expressed sadness that such a “great community service” was coming to an end, particularly for those who can’t afford to purchase assistive devices.

“My mom had a fall and broke her hip in December 2018, she had knee problems, as well, and sometimes used a walker, which she already owned,” Lee said. “She now needed a wheelchair and was sized for one. They told us that a standard adjustable wheelchair would run anywhere from $2,000 to $3,500.”

At the time, the family was not sure if their mom would need a wheelchair permanently, so they put the word out asking if anyone could loan them the equipment. A friend came through with a wheelchair, Lee said.

“While on Richard’s Facebook group, I could see the community need not only for wheelchairs and walkers but for canes, crutches, and even commodes,” she said.

“I didn’t hesitate to post her walker on the group for someone that could use it," Lee said. "I donated it to a lovely lady who needed it for her father who is terminal, and she was so appreciative. It’s sad that people helping people has to come with red tape.”

That sentiment was shared by many other group members upon learning that as of Oct. 28, 2019, MacLeod would no longer manage the service.

“I was stunned and felt really deflated upon reading Richard’s announcement. Now, I’m rather mad,” member Nancy Fish said. “Is it the result of our litigious society or the insurance industry making up for worldwide disasters on the backs of those in need in a small community?”

“I’ve always admired Richard for his numerous acts of generosity over the decades, which includes his role as a leading guardian and champion of Newmarket heritage,” Fish added. “To think that he has dedicated over seven years to such a wonderful charitable endeavour, which has helped several hundred people, only to be advised it must stop, is beyond disheartening.”

Andrew Summers, who runs the hotdog cart Streetmeat Bistro outside of Chapters on Yonge Street in Newmarket that is as well-known for its good community works as it is for its good food, decried the program’s closing as “red tape” at its worst.

“I feel that such a great program, which is 100 per cent free for users ... shouldn’t be closed down,” he said. “We need to find an organization that would be willing to accept the task at hand, even if they have to rework the loan process to include a small fee, perhaps.”

Member Corrie Haldane suggested that the social media page could remain up as a “swap” site.

“Thank you for all you've done with this venture, you have helped so many people,” she said.

As of Nov. 11, the Free Loans of Wheelchairs and Walkers Facebook page remained live. Members are continuing to post devices available for loan, and making arrangements to borrow what they need.

MacLeod said he is continuing to reach out to various community groups about taking over the assistive devices program.