It's game on, Newmarket, for Game 5 of NBA Finals at Ray Twinney

Today’s all-day rain forecast has not dampened the spirits of local Raptors fans who say they’ll come out for the community viewing party that has moved indoors for tonight
Jun 10, 2019 1:54 PM By: Kim Champion 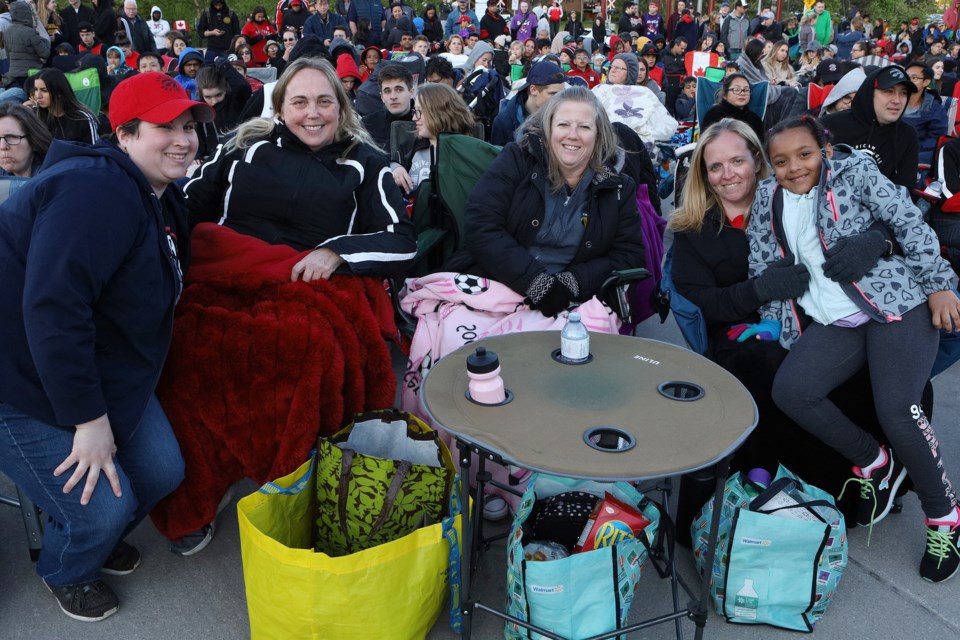 Today’s all-day rain forecast and the risk of afternoon thunderstorms will not dampen the spirits of local Toronto Raptors fans as a strong majority of those polled on the Town of Newmarket’s social media accounts say they’ll join the game 5 NBA Finals viewing party if it moves indoors to Ray Twinney Recreation Complex.

The Town has confirmed that the phenomenon known as Jurassic Commons will move indoors to the Ray Twinney Recreation Complex, 100 Eagle St. W., Newmarket, due to a weather forecast that includes about 10mm of rain expected to fall during tonight's game.

The doors open at 7 p.m. with game time set for 9 p.m., where the Raptors play a potentially championship-clinching game against the Golden State Warriors.

Do not bring chairs to tonight’s viewing party as the bleachers are available for seating, as well as the floor. A blanket and/or cushions to sit on are welcome.

Guests are welcome to bring non-perishable food items to donate to the Newmarket Food Pantry.

Donation bins will be located at the Town of Newmarket booth at each screening.

Check the Town of Newmarket’s event page for updates.

Editor's note: This article has been corrected as food vendors have not yet been confirmed.

NBA Finals Game 4 back at Newmarket's Jurassic Commons
Jun 7, 2019 1:46 PM
Comments
We welcome your feedback and encourage you to share your thoughts. We ask that you be respectful of others and their points of view, refrain from personal attacks and stay on topic. To learn about our commenting policies and how we moderate, please read our Community Guidelines.