However, the York Region District School Board gives little credence to the results of the annual report card, according to its spokesperson
0
May 9, 2019 4:15 PM By: Debora Kelly 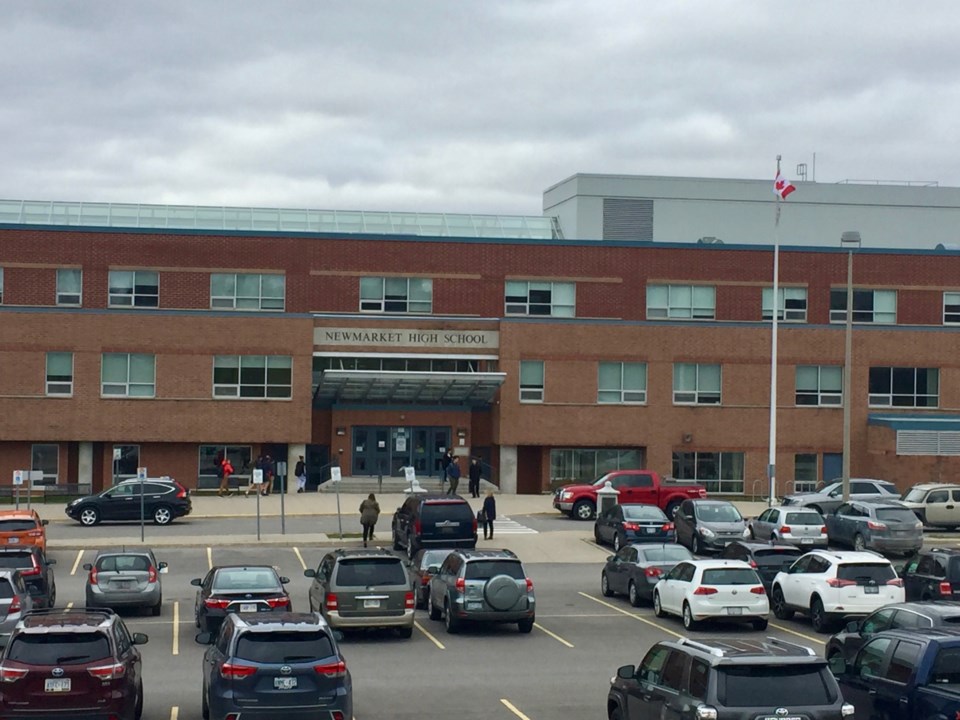 The release of the annual Fraser Institute ranking of Ontario secondary schools gets scant attention at the York Region District School Board, according to its spokesperson.

"We don't pay attention to the Fraser Institute rankings," said Licinio Miguelo, senior manager of communications. "We don't use (them) for any of our programming for student improvement."

“The Report Card offers parents information they can’t easily get anywhere else, about how their child’s school performs over time and compares to other schools in Ontario,” said Angela MacLeod, a senior policy analyst at the Fraser Institute, in a news release.

As is traditional in the annual rankings, there is a clear divide among schools in southern and northern York Region. The region’s top school is St. Robert Catholic High School in Thornhill (6/738; 9.3/10), followed by Markville Secondary School in Unionville (7/738 9.2).

The EQAO standardized testing results are a "snapshot in time" of student achievement, which are used along with multiple other forms of assessment to create the board and individual school improvement plans based on a holistic view, Miguelo said.

"We do not take EQAO results in isolation," he said, adding some of the variables included in the Fraser Institute rankings are "flawed".

"All of our schools are participating in school improvement plans," he said, referring to both elementary and secondary schools. "They are developed at the local level, with principals, staff and parents determining what kinds of support and extra resources (such as ESL) are required."

He added attendance and graduation rates, as well as regular climate surveys of students, parents and teachers that also assess well-being, are examples of other measurements of performance.

The YRDSB follows Ontario's Growing Success policies and practices, which outlines assessment, evaluation and reporting for students in grades 1 to 12 in Ontario schools, Miguelo said.

The Fraser Institute's MacLeod acknowledges the report card is one tool — "an objective measure but not the only measure" — available to parents.

"Naturally, a sound academic program should be complemented by effective programs in areas of school activity not measured by the Report Card. Nevertheless, the Report Card provides a detailed picture of each school that is not easily available elsewhere," according to the institute's website.

"The act of publicly rating and ranking schools attracts attention and can provide motivation. Schools that perform well or show consistent improvement are applauded. Poorly performing schools generate concern, as do those whose performance is deteriorating. This inevitable attention provides one more incentive for all those connected with a school to focus on student results," the website states.

“We often hear excuses in Ontario that schools can’t improve student performance because of the communities and students they serve, but the evidence suggests otherwise,” MacLeod said.

For example, Stamford Collegiate Secondary School in Niagara Falls is the second fastest improving school in the province — rising from a score of 3.2 out of 10 in 2014 to 5.3 in 2018 — despite 55 per cent of students having special needs, the news release stated.

Last February, the Ford government announced the appointment of the first full-time chair of the EQAO board of directors, Dr. Cameron Montgomery, "at an important juncture, as the agency is in the process of modernizing to better meet the needs of students, parents and guardians, educators and the rest of the province of Ontario."

Education Minister Lisa Thompson said in a statement that Montgomery "will help our government fulfil its commitment to improving EQAO".

For the complete results of all ranked schools and to compare the performance of different schools, visit compareschoolrankings

Editor's Note: This story was edited May 10 to correct the top-ranked school in northern York Region.

Hold the elevator? How to stay safe in close quarters during COVID-19
Mar 29, 2020 7:15 PM
Comments
We welcome your feedback and encourage you to share your thoughts on this story. We ask that you be respectful of others and their points of view, refrain from personal attacks and stay on topic. To learn about our commenting policies and how we moderate, please read our Community Guidelines.