The Economic Developers Council of Ontario has named Tony Van Bynen as Community Influencer of the Year for 2018, recognizing him as a driving force behind an era of economic growth in Newmarket
0
Feb 5, 2019 4:00 PM By: NewmarketToday Staff 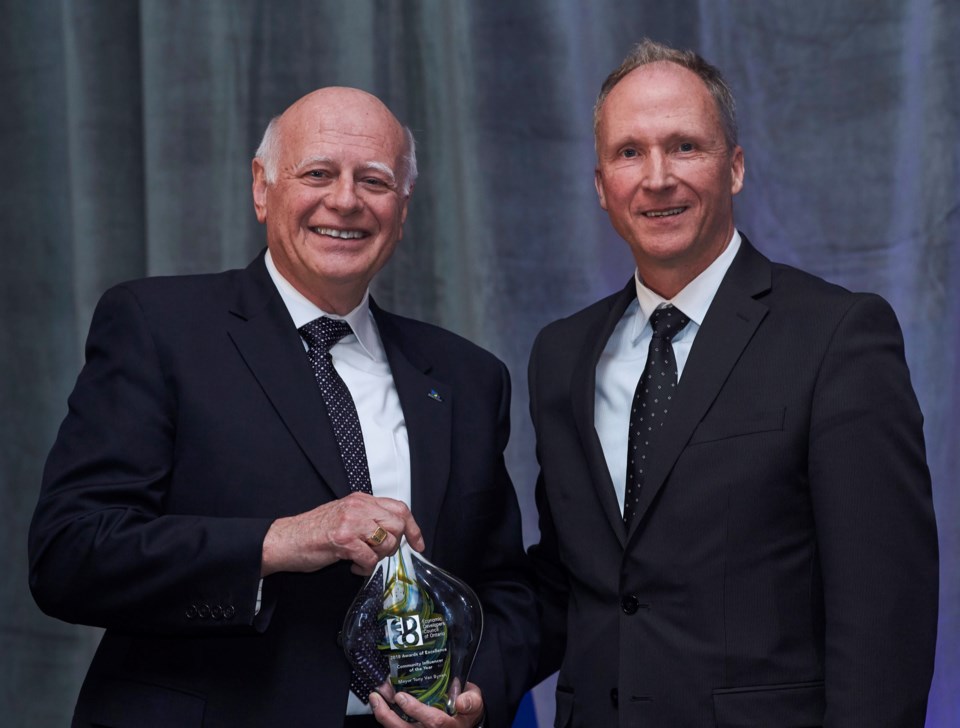 Former Newmarket Mayor Tony Van Bynen has been named the Community Influencer of the Year for 2018 by the Economic Developers Council of Ontario (EDCO), while the Town received honourable mention recognition for the 2016/2017 Community Report: Where Character meets Community, and the economic development themed blog Where Work Meets Play. The honours were presented at the EDCO Awards of Excellence ceremony on Jan. 31, 2019 in Toronto.

“During his 12 years as Mayor, Tony Van Bynen was a driving force behind an era of economic growth in Newmarket,” said Mayor John Taylor. “His commitment to making Newmarket a community that is 'Well beyond the Ordinary,' led to many great accomplishments and positioned our Town to be recognized as one the best places to live and to work in the country.”

The Community Influencer of the Year Award is presented “to an elected official who has made a significant impact on their peers, the industry, their community and the overall influence of economic development.” The title reflects a number of accomplishments achieved in Newmarket under Tony Van Bynen’s leadership from 2006 to 2018, including:

“I feel honoured to receive the 2018 Community Influencer of the Year Award from EDCO,” said Tony Van Bynen. “Thank you to our outstanding staff, Council and community members who made our progress worthy of this recognition.”

EDCO is an independent, non-profit, incorporated association of persons engaged in economic development from both the public and private sector. For more information on the  EDCO Awards, click here.

CANADA: The struggle faced by Canadian adults with autism
Feb 18, 2020 8:55 PM
Comments
We welcome your feedback and encourage you to share your thoughts on this story. We ask that you be respectful of others and their points of view, refrain from personal attacks and stay on topic. To learn about our commenting policies and how we moderate, please read our Community Guidelines.