More than 170 employees remunerated by the Town of Newmarket are included on the 2018 list that discloses the salaries of Ontario public sector employees earning more than $100,000
Mar 27, 2019 6:10 PM By: Debora Kelly 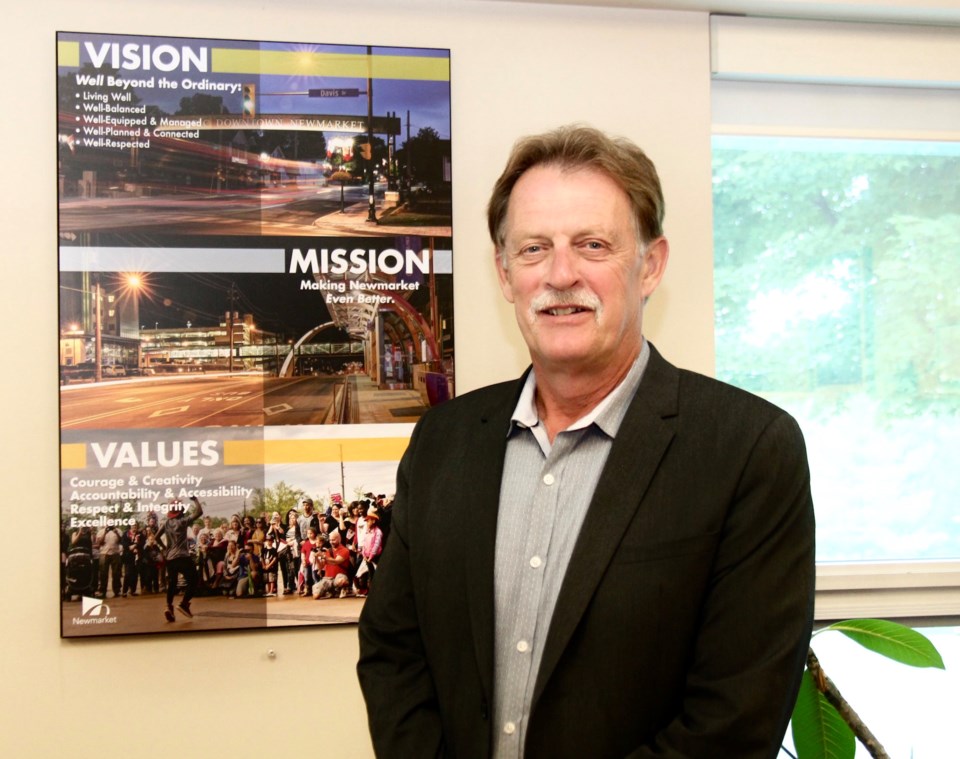 The former CAO tops the list of more than 170 Town of Newmarket employees on the 2018 Sunshine List released today by the province.

Perennially the leader on the list for the town, Bob Shelton took home $258,565, and an additional $9,381 in taxable benefits, before retiring last Nov. 30, according to the Public Sector Salary Disclosure list that annually names employees earning $100,000 and more.

He is followed on the list by Ian McDougall, commissioner of community services, and Peter Noehammer, commissioner of development and infrastructure, who each earned $200,818 with $494 in benefits last year. Esther Armchuk, commissioner of corporate services and, until recently, acting CAO, earned $183,738 with $452 in taxable benefits.

Former mayor Tony Van Bynen took home a salary of $111,387, plus $7,024 in benefits, for the Town of Newmarket portion of his earnings. According to the town's website, the mayor takes home additional remuneration for sitting on York Region council and the Newmarket-Tay Power Distribution board.

York Regional Police Chief Eric Jolliffe's renumeration was $326,508 in salary and $12,903 in benefits, and Deputy Chief Thomas Carrique, departing next week to take on the Ontario Provincial Police commissioner job, received $257,580 in salary and $10,092 in benefits.

At Southlake Regional Health Centre, president and CEO Arden Krystal received a salary of $424,457 and $11,811 in benefits.

Between 2003 and 2018, average salaries of all employees in the public sector, including those making less than $100,000, increased by 48.1 per cent, while the average private sector worker earned $16,049 less than the average Ontario public sector employee, according to the province.

"This income disparity has steadily grown since 2003 and the average private sector Ontario worker's salary in 2017 is now 33.6 per cent lower than the salary for the average Ontario public sector employee."

The 2018 data is available in a downloadable, machine-readable, sortable, searchable table format on Ontario.ca/salarydisclosure.