Nutritionist Nonie De Long also most recommends this as a supplement for pregnant women because even a small deficiency can negatively impact the baby’s brain development
Oct 4, 2020 1:00 PM By: Nonie De Long 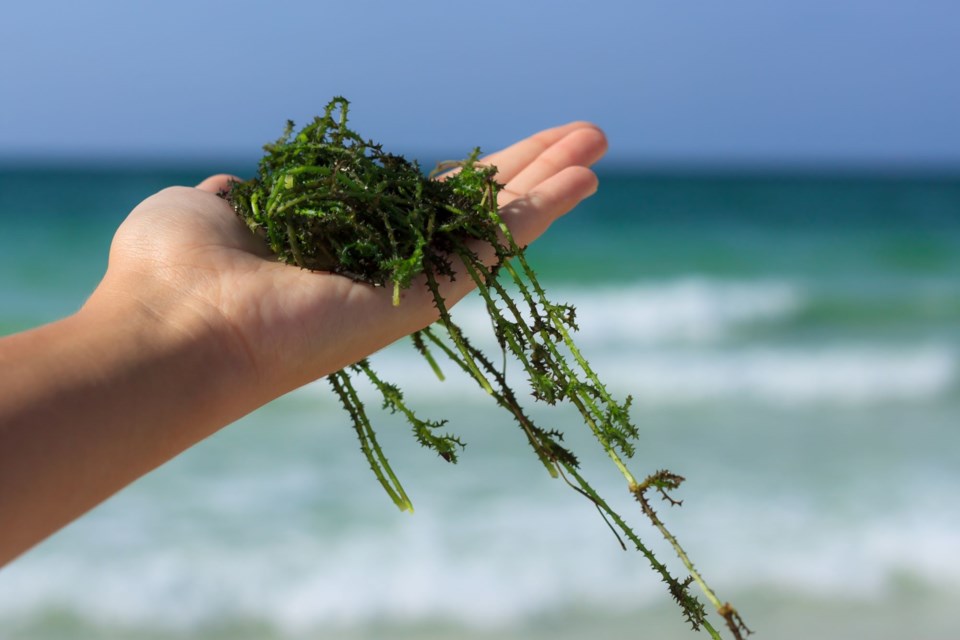 What's the most important supplement for a pregnant woman? —Bernadette

Before I get to the answer to your question, let’s do a little quiz to see if readers can identify it. The answers will be included in my response below.

Did you guess iodine? It’s true, it’s a mineral, but actually, a trace mineral, because it’s only needed in very small amounts. Despite this, most of the world’s population —  it’s estimated between 72 to 96 per cent — are to some degree iodine deficient. And this has decreased drastically over the last 50 years —  some professional organizations say by 50 per cent.

Fluoride and chlorine in our drinking water and dietary recommendations for a reduction in salt have likely contributed to this deficiency epidemic. Fluoride and chlorine displace iodine in the body, as does bromide (potassium bromate) which is found in baked goods and many other products, despite their well-known health issues.

In the body, they compete with iodine so exposure to any one of them can increase iodine deficiency. And iodized salt is one way many people have in the past protected against extreme iodine deficiency, but more recent recommendations to cut salt from the diet may leave many with inadequate levels of this essential nutrient. Any nutrient we must get from diet is considered essential.

Modern farming practices create crops that are deficient in iodine and other minerals, and people consume far more processed food now, which is certainly deficient. It is elective whether companies put iodine into salt, so the salt content in processed foods may or may not be iodized.

You may not be aware of how important iodine is in the body. It’s required to produce the thyroid hormones for proper thyroid function, which in turn regulates many aspects of health. The thyroid is a butterfly-shaped gland in the throat and it is the master regulator for metabolism, energy, and body temperature. When it’s not working right, all the hormones are impacted because hormones work in tandem.

Low thyroid function is becoming epidemic in clients I see, especially those from South Asia. It causes a myriad of health conditions that can be really debilitating and what’s worse, it can go undiagnosed for long periods. This could be because it primarily impacts women and women’s health conditions are still frequently dismissed by health professionals and also because thyroid function that is above the threshold for diagnosis can still often cause many health symptoms that have serious impact.

So you can seem to be within the normal range on tests, but still have all the symptoms of the disease. In the extreme, when thyroid dysfunction goes unnoticed for too long, thyroid issues can cause auto-immune disease. This is particularly difficult to treat and impacts health immensely.

Let’s look at a list of health conditions low iodine can be linked to:

Some health conditions that can be linked to iodine deficiency are:

But What About Pregnancy?

Why is this the supplement I suggest most frequently for pregnancy? It is especially important to the developing brain and even a small deficiency can negatively impact the baby’s brain development.

Children without enough iodine can suffer from learning troubles and low IQ, and severe iodine deficiency can stunt physical and mental growth. In fact, the WHO has stated that iodine deficiency impacts over 30,000 children worldwide and is the most prevalent cause of impaired cognitive development. Knowing the cause makes it easily preventable, but most people I consult with have no idea it’s even a factor in child development. People know about folate but this one is still relatively underappreciated. As such, it’s the one supplement I regularly suggest for pregnant clients if they don’t get enough from their diet and prenatals.

Having low selenium (and most clients I see do) also contributes to an iodine deficiency. Optimizing selenium helps the body to recycle iodine effectively. The two work synergistically, as many nutrients do. Selenium is best gotten from fresh Brazil nuts. 2-4 a day is usually sufficient.

The recommended dietary allowance (RDA) for iodine in Canada is much, much lower than what experts in thyroid health like Dr. Brownstein recommend. He recommends closer to 5-50mg of iodine a day. That’s mg, not mcg! Nonetheless, the RDAs are:

*The WHO recommends 250 micrograms per day for pregnant women.

However, taking the right form is imperative. Testing can be done via urine samples to determine a baseline and monitor levels, which is important. Long term exposure can be seen in the hair. Some telltale signs of too high a dose of iodine are a metallic taste in the mouth and sore or burning teeth and gums, nausea, vomiting, and stomach pain. I have never seen or heard of an iodine overdose in clinical practice.

There are several foods that are rich in iodine that we can use to naturally boost our levels:

Of course, crops are only as rich in iodine as the soil to grow them. A few ways I suggest clients get more iodine in their diets is by having organic yogurt in their smoothies and adding kelp to their salads or snacking on seaweed crisps. If you’ve never tried them, these are light, slightly salty, paper-thin green seaweed wafers that come in a little pack. They are very satisfying and a pack contains close to 60% of our minimum daily iodine requirement, which is a good start. I also advise many clients to add kelp flakes to their foods and replace iodized salt with sea salt that contains a broad spectrum of minerals.

The best way to get iodine is from iodine-rich foods, as we always want to get our nutrients from foods when we can. After that kelp tablets are a safe way to supplement, taking only what a client needs to get levels into the normal range.

Thank you for the question, Bernadette!

As always readers can write me at nonienutritionista@gmail.com with their questions. I also provide 1:1 consulting for those who need more personal help with their health and a free monthly newsletter via my site at hopenotdope.ca. I hope the start of the school year has been good for everyone!

COVID-19 Today: A look at the numbers for Newmarket, York Region, Ontario
Oct 21, 2020 10:50 AM
Comments
We welcome your feedback and encourage you to share your thoughts. We ask that you be respectful of others and their points of view, refrain from personal attacks and stay on topic. To learn about our commenting policies and how we moderate, please read our Community Guidelines.