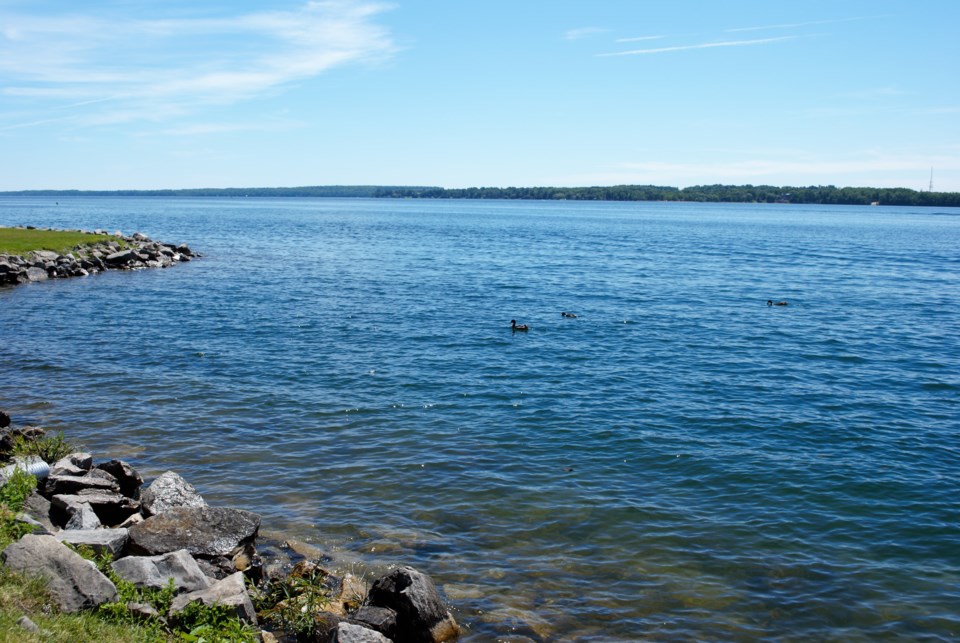 Ducks swim in Lake Simcoe off the shore of Heritage Park. Jessica Owen/BarrieToday

The Rescue Lake Simcoe Coalition is calling on Simcoe County to lead the way when it comes to environmental protection.

Although the county has designated 58 per cent of its lands as "natural heritage," coalition officials say a study of maps and the county’s official plan shows that only 14 per cent of those natural lands are what the coalition calls “well protected” from development and even then are vulnerable to aggregate extraction.

The coalition warns under current planning policies, it is too easy to get the designation removed, opening lands for development.

The report was released “for a couple of reasons,” said the group's executive director, Claire Malcolmson.

“We wanted to make sure we had the information out there, starting a dialogue," she said. It's especially important to point out that the county, with all of its natural heritage lands, has an opportunity to “get it right.”

By adopting and implementing conservation authorities’ targets, evaluating and protecting wetlands, and setting new standards for the long-term preservation of natural environments, the county can be a leader in the fight against loss of water quality, species and ecosystem health, Malcolmson said.

Part of the challenge is that Simcoe County is split between two conservation authorities, Lake Simcoe, and Nottawasaga Valley. And while the Lake Simcoe Region Conservation Authority has “quite clear targets” for preservation of wetlands and reforestation, the NVCA does not.

Among the coalition’s recommendations: that the NVCA step up to preserve forest cover and wetlands.

“Ideally, it would be the NVCA that would be coming up with specific targets,” said Malcolmson.

Recommended targets include preserving 50 per cent forest cover within a watershed, to preserve water quality and ensuring no net loss of wetlands.

Simcoe County’s forest cover currently is 22 per cent; it has already lost 50 per cent of its wetlands, with only 14 per cent remaining, Malcolmson explained.

There is a need to start a dialogue, she said, to make sure that protection continues, especially for the remaining wetlands.

In addition to calling for better protection of natural heritage lands, better connectivity between natural areas and preservation of wetlands, the coalition is asking municipal planners to make sustainability, in land use and transportation patterns, a key goal.

Sprawl leaves “less land left over for agriculture and natural heritage,” Malcolmson pointed out. “Sprawling infrastructure costs us more. It’s just not fair to make decisions that end up costing the taxpayers more” and that reduce long-term options.

She called for greater densities and intensification “so we can protect the things that matter.”

The 58 per cent of Simcoe County designated as "natural heritage" provides a starting point for improved protection of the environment, said the coalition, which is also calling for expansion of the Greenbelt to Simcoe County.

“Each day that goes by that we dig and pave, we threaten our water, our climate, our biodiversity and our very survival,"' said Prophet. "We hope that political leaders recognize the opportunity and need to permanently protect and steward our environment. We can no longer afford dithering and delays.”

There are plans to step up action this September and October, when the Lake Simcoe Protection Plan is under review. The groups plan to approach individual municipal councils with information on how they can be part of building a better environment for the future.