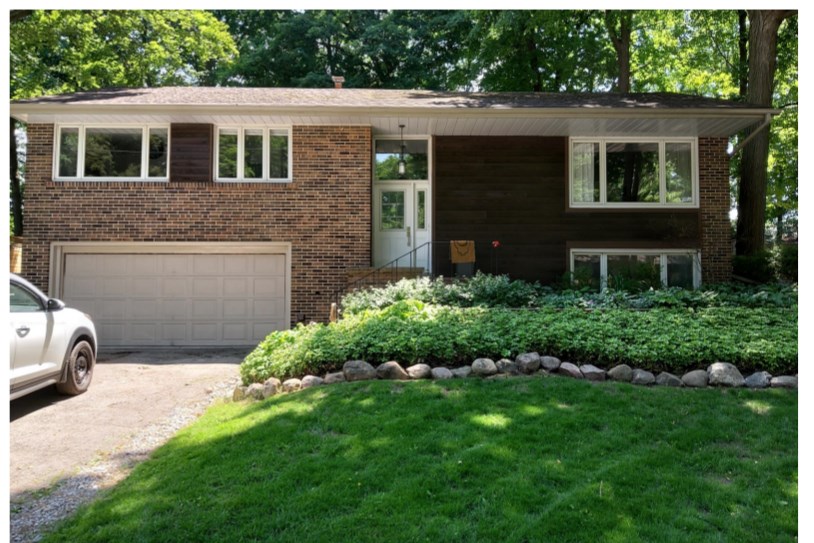 The Ciccarellis got the nod from Newmarket council June 29 to build an addition onto their Beechwood Crescent bungalow. Supplied photo

Score one for the little guy.

A longtime Newmarket family who went to bat twice in the past week for an exemption from a temporary building ban hit a home run Monday as a majority on council reversed an earlier decision and ultimately approved the request.

“We are pleased with the outcome, and that the mayor and council listened to our point of view and were able to evaluate our application based on the criteria as outlined in the exemption process,” downtown Beechwood Crescent homeowner Shawna Ciccarelli told NewmarketToday after Monday’s 7-1 vote in favour of permitting the family to build a 1,075-square-foot addition onto their 1959 raised bungalow.

Only the area’s councillor, Bob Kwapis, maintained his original position of rejecting the request. Kwapis cited as reasons the opposition from at least two direct neighbours and a delayed established neighbourhood study that leaves the town without a new policy on infill development.

Councillor Jane Twinney was not in attendance at the June 29 council meeting, but voted against the application on June 22.

Ciccarelli said she was compelled to plead her renovation case to council a second time to address misconceptions and inaccuracies about her plans.

Some of those issues included that, in response to neighbours’ concerns, the Ciccarellis modified their reno so no trees would be removed. Also, confusion about the gross floor area of the current home, which included the basement, versus the common real estate term of total square footage, left the impression their addition approached a so-called monster home.

“During the June 22 meeting, several council members indicated uncertainty on the purpose and criteria of the exemption process,” Ciccarelli said. “We wanted to share our understanding and how our application would be evaluated ....a site-specific exemption request is evaluated by town staff on such things as setbacks, lot consumption, impacts to drainage, as well as the physical character, and streetscape compatibility.”

“Planning staff then consolidates comments, concerns from the community, evaluates the application and submits recommendations to approve or deny application,” she said.

“Mr. Mayor and councillors, I believe this process was put in place to support getting an objective, unbiased evaluation of the plan and its relation to the community, and avoids the process of becoming politicized, as it has here,” said Ciccarelli.

The Ciccarellis said the family has always wanted to live in the downtown core and bought the home in January 2020. The deal closed in April during the height of the COVID-19 pandemic.

“The home is in need of updates, and especially now with what has gone on in the long-term care facilities, I don’t think anyone is comfortable with having their parents in an assisted-living home until things can be safer for them,” Ciccarelli said at the June 22 council meeting, adding they want the extra space, in part, for their aging parents.

The pandemic has also necessitated the need for extra home office space as the couple anticipate working from home for the foreseeable future due to the coronavirus crisis.

Nearly 20 people in the community, including immediate neighbours and others nearby, weighed in with written letters to council in support and against the application.

Most recently, the former president and CEO of the Newmarket Chamber of Commerce, Debra Scott, said in support that, “there appears to be a lack of clarity and consistency in the way this exemption process is being enacted. The town shouldn’t abandon its own policies and procedures simply because a few residents complain. If the request meets the criteria, it should be approved”.

The criteria for an exemption to the town’s temporary building ban, known as the interim control bylaw that is meant to put a pause on most infill development while new policies are developed, include if the application is compatible with the neighbourhood’s existing physical and streetscape character.

A town staff report recommended the Ciccarellis’ application for exemption be approved.

Also for a second time, Park Avenue resident Beric Farmer wrote in support of the Ciccarellis, saying “what concerns me about those (council members) who opposed granting the request also did not speak to the report generated by town staff”.

“Unlike residents making deputations, town staff are impartial and have specific planning expertise. Also, the staff report is a central aspect of the published process and was created at taxpayer expense,” Farmer said. “It recommended that the request for exemption be granted and should be given more consideration than it appears to have been given.”

“I am very concerned by the fact that the request was evaluated and recommended for denial based not on whether it met the actual enacted and published criteria, but on whether it met a different, unenacted and unpublished set of criteria of which the homeowners were understandably unaware when they applied for the exemption request and paid the associated fee,” said Farmer.

Newmarket council has approved a number of resident requests for exemption to the temporary building ban since it came into force on Jan. 21, 2019, including a larger addition on a Darlington Crescent bungalow that drew local opposition.

In the end, council was persuaded to change course and permit the family to carry out their home renovation. The Ciccarellis application on June 22 had failed by a vote of 6 to 3.

Here are excerpts of what council said on the Ciccarellis application:

“You (Shawna Ciccarelli) mentioned twice about us politicizing it ...our goal is not to politicize things, when we disagree with a staff recommendation that doesn’t mean we’re politicizing something. We’re just trying to steer our way through a tough issue, with many valid points being made by yourself and others, and we’re working our way through it.”

“The reason I’m changing my position, to be clear, is we should be following the criteria, people should be able to rely on the rules. I’ll be the first to admit I mistakenly recalled that criterion included public reaction, it wasn’t. We’re to judge this on two criteria: physical character compatibility and streetscape compatibility.”

“What I’m seeing is that direct neighbours will be impacted, therefore, I need to say no to this exemption. I have to wait until the criteria comes back from (the established neighbourhood study) to say what is compatible and what is not. And maybe, by that time, if neighours are still against or opposed, at least we’ll have the criteria, and then we can make decisions going forward with clarity.”

“It does create a difficult situation for neighbours. I want to be very clear on the process. Ciccarelli brought in two areas (relevant to making) a decision: physical compatibility and character. No doubt, this has the character, it’s not a huge monster house, there are no trees being cut down.”

“The second part is streetscape character and compatibility, and I think it fits in. The problem I’m having is that the town will notify all adjacent neighbours ...and those people directly impacted come to us with their concerns or support. Within the process, what’s the point of notifying the abutting neighbours if we’re just going to ignore them and say, yep, go ahead with it. I can’t ignore that.”

“I supported it previously, it does meet the physical and streetscape compatibility. Staff have recommended it, and that’s not automatic, but it certainly carries weight with me. Simply because neighbours are opposed is not sufficient reason for a development or change not to go ahead, and I will continue to support this.”

“The owners purchased the house with their eyes wide open, they knew about the interim control bylaw. But at the same time, they’ve done their homework and focused on the criteria that we set out on this, and they followed it.”

“And they were acting in good faith on this, clearly. Monster homes are the real target, and in this case, this house does not jump out at you, the homeowners did do their research. I’m voting in favour of allowing the exemption. The reason we have a committee and a council meeting a week apart, this stands for our sober second thought, and gives us time to think about it.”

“Since our last meeting, I had another one of my neighbours come to my door, keeping physical distance, trying to make the case on behalf of the applicant. We had a long discussion of how wonderful these people are, which I don’t doubt, and that they are very community-minded and engaged.”

“I, too, went back and looked at previous decisions we made with exemptions we granted, a family who had already spent money on plans and permitting and then we dropped the interim control bylaw. I’m prepared to change my vote to enable this exemption, but making it very clear that I’m still in favour of upholding the integrity of the reason we put in the interim control bylaw in the first place, and at the end of this, we come out with a clear, concise and well-articulated established neighbourhood policy and procedure.”

“I just want to applaud the application and the Ciccarellis, they did their homework, they wanted to ensure that what they were proposing and that their plan works well for their family and the town.”

“And with regards to the fact no trees will be removed on the property ...tree canopy is very important in Newmarket. They could have gone one of two ways, one way would require tree removal, and they altered their plans. That’s something that needs to be applauded. I will be supporting the exemption to the bylaw as I did previously.”

“I’m staying with my support that I gave before, and commending the Ciccarellis for all the work they’ve done, they clearly respect their community and their neighbourhood and did everything they needed to do.”

“Much like the rest of my colleagues, there was motivation here and I do commend the Ciccarellis for doing their homework, reminding us of the process and getting out there and getting the support, and getting someone to knock on Councillor Bisanz’s door.”

“I will also be changing my vote in supporting the exemption. But I truly hope we can move forward with a thorough neighbourhood policy and procedure in the future, sooner as opposed to later so these situations don’t continue to arise, and cause uncomfort to our residents and debate between us.”