CANADA: Should vaccinations be mandatory for school-aged kids?

Global explores how many Canadians think vaccinations should be mandatory
0
Apr 3, 2019 8:55 PM By: Global News 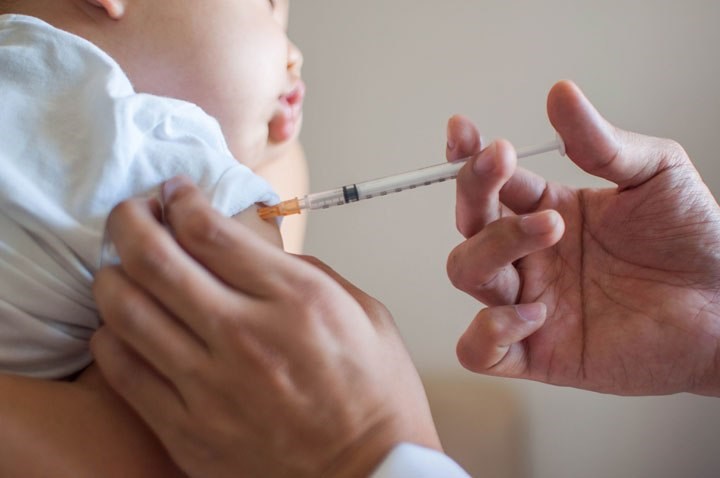 This is the third story in ‘Unvaccinated: Canada’s Public Health at Risk’, a four-part Global News series on the challenge Canada faces from dropping vaccination rates.

Ask 10 Canadians, and nine of them will likely tell you they approve of legislation that would make it mandatory for all school-aged children to be up-to-date on their vaccinations, according to an Ipsos poll conducted exclusively for Global News.

Immunizations are not currently mandatory in Canada.

Ontario and New Brunswick have laws that require students’ vaccinations to be up to date if they wish to attend a public school, but parents can opt out on religious and conscientious grounds after attending an educational session.

The B.C. government recently announced that it would introduce a similar law that would take effect in time for the 2019-2020 school year.

Rebecca Stonham, a mother from Brantford, Ont., is among the Canadians who are in favour of mandatory vaccinations.

“It’s your child that you’re not vaccinating, but it’s possibly my child or my neighbour’s child that could be affected by your decision,” Stonham told Global News.

Stonham’s daughter, four-month-old Scarlett Ronbeck, was infected with whooping cough when she was seven weeks old. She was scheduled to receive her vaccination for the highly contagious and deadly respiratory disease, also known as pertussis, the following week.

“It was the middle of the night and I heard her choking. So I rolled over and she was going blue,”  Stonham said.

Scarlett was intubated in hospital for 10 days.

“It’s awful. You can’t do anything. You’re just sitting there and your baby’s on life support in a medically-induced slumber. And you can’t even hold her.”

Stonham’s hometown of Brantford is one of several communities in southwestern Ontario that public health officials consider to be at a higher risk of vaccine-preventable disease outbreaks, such as pertussis and measles, due to their relatively low immunization rates.

To protect against an outbreak of measles, for example, 95 per cent of the population must have received two doses of a measles vaccine, in order to achieve what’s known as “herd immunity.”

But Canada’s national immunization rate, which varies depending on the disease, is estimated to be less than 90 per cent, according to Dr. Gerald Evans, chair of infectious diseases at Queen’s University.

“There’s somewhere around two to three million people who are likely — or at least potentially at risk — to catch measles if they were in contact with someone who had measles, so it’s a substantial portion of the population in Canada,” Evans said.

An outbreak of whooping cough in Ontario in 2012 that lasted more than 17 months and infected more than 400 people was traced back to an Old Order Mennonite community in southwestern Ontario.

But while some religious groups, such as Low-German Mennonites and the Dutch Reformed Church, are known to object to vaccinations on religious grounds, the vast majority of major religions have no prohibition against vaccination.

Indeed, rather than religion, surveys have suggested that most unvaccinated Canadians are considered “vaccine hesitant” – they’re concerned or confused about the potential safety risks associated with the vaccines.

The Ipsos poll found that two-thirds (64 per cent) of Canadians worry about some of the side effects of vaccinations, even though public health officials stress that serious side effects are extremely rare.

“We have to get away from these conscientious personal exemptions that are exerted by parents where there is not a medically scientifically valid reason for the child not to receive immunization,” Evans said.

“Jurisdictions in North America and around the world are really looking at what they’re going to allow for exemptions (to receiving vaccinations).”

California recently became the third American state to only allow medical exemptions for vaccinations, eliminating the option of opting-out on religious or philosophical grounds.

Another state, Mississippi, has had mandatory vaccinations since 1979 and boasts a coverage rate of over 99 per cent. The state hasn’t had a measles outbreak since 1992.

“There are data that support places that have quite strict mandatory legislation and have higher coverage,” said Dr. Shelley Deeks, the medical director of immunization and vaccine preventable diseases at Public Health Ontario.

Nonetheless, Deeks disagreed with the notion that Canadian provinces should follow suit with mandatory vaccines.

“For me, the conversation should not be about mandatory versus not (mandatory vaccinations),” Deeks said.

“It should really be about understanding why people are choosing not to vaccinate, because we really do need to do a better job of understanding that. And then addressing their concerns and assisting them with the right choice,” she explained.

“Is any vaccine 100 per cent safe? Absolutely not. But the vaccines that we use, in publicly-funded programs, are extremely safe. I have two kids they are fully vaccinated. I would absolutely not be doing anything to put my children in harm’s way.”

The poll of 1,001 Canadians, conducted between Feb. 27 and 28, found that 88 per cent would approve of mandatory vaccinations (except for those with a medical reason for an exemption), including two-thirds (64 per cent) who strongly approve of this mandate.

This is the third story in ‘Unvaccinated: Canada’s Public Health at Risk,’ a five-part Global News series on the challenge Canada faces from dropping vaccination rates. Thursday: On the front-lines of the ‘Information War’ for Vaccine Hesitant Canadians

Keep calm and check out these traffic calming ideas for Newmarket's Lorne Avenue
Feb 27, 2020 8:00 AM
Comments
We welcome your feedback and encourage you to share your thoughts on this story. We ask that you be respectful of others and their points of view, refrain from personal attacks and stay on topic. To learn about our commenting policies and how we moderate, please read our Community Guidelines.