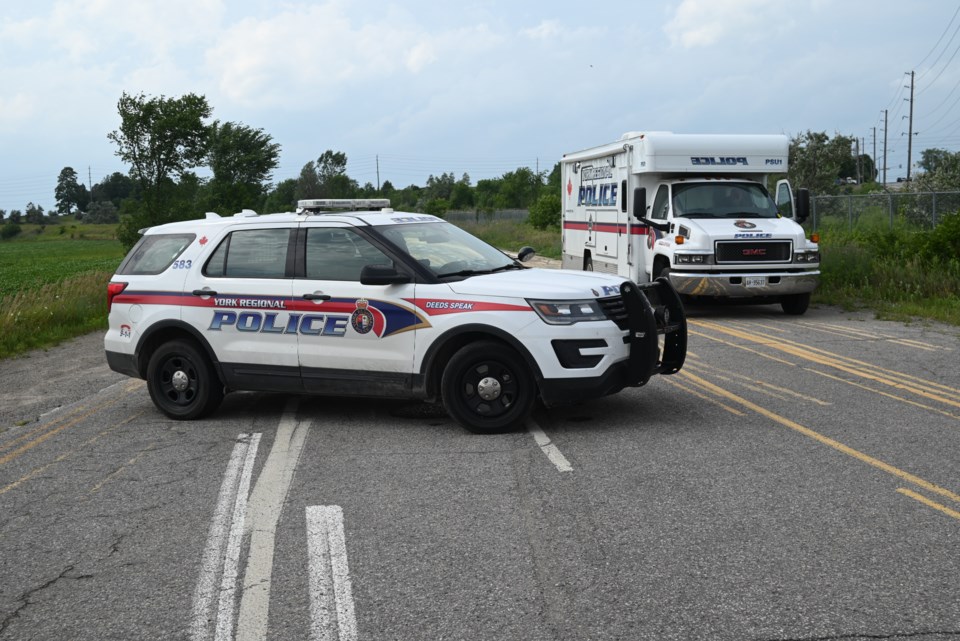 Police were on the scene at Pleasantville Curve July 15, investigating a suspected homicide in the area. Joseph Quigley/NewmarketToday

York Regional Police is investigating a suspicious death in Whitchurch-Stouffville in the Pleasantville Curve area.

Police said they received information on a body in the Woodbine Avenue and Vivian Road area July 14 around 8:50 p.m. They attended and found a body in a ditch, which was pronounced deceased on the scene.

A coroner attended the scene and said the death was suspicious. The Homicide Unit is investigating.

Several police vehicles were on the scene investigating at Pleasantville Curve July 15.

Police said the victim is a 16-year-old male. Police have not yet released the victim’s name.

Police are asking anyone who may have seen anything suspicious in the area, or with video surveillance footage, to come forward.