Helping children develop strategies for personal resilience has become a vital part of parenting and education
Nov 25, 2019 9:25 AM By: The Conversation 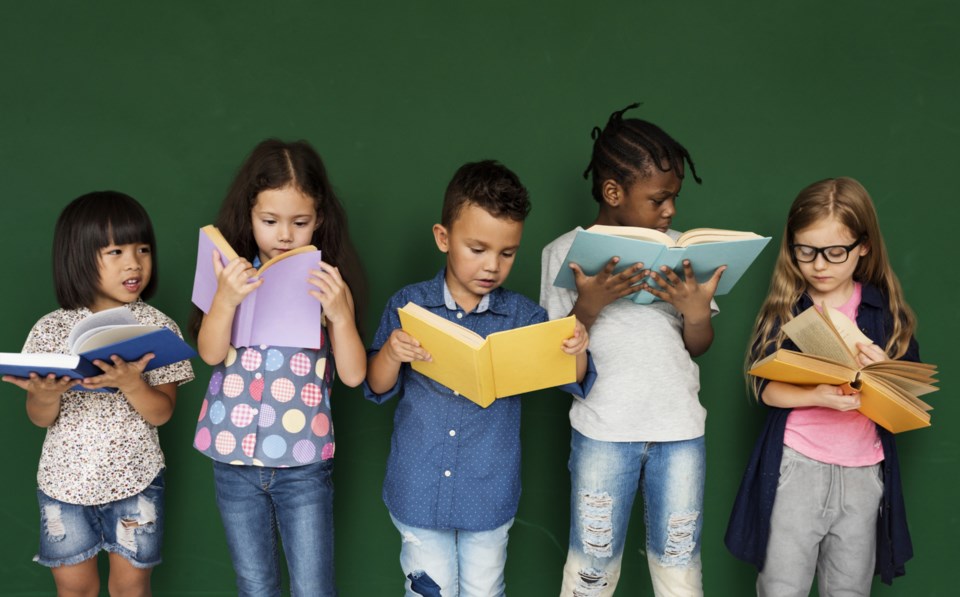 According to the Public Health Agency of Canada, 68.8 per cent of mental health problems have their onset in childhood and adolescence. Helping children develop strategies for personal resilience has become a vital part of parenting and education, but it can be challenging to know where to begin.

Angela Duckworth, professor of psychology at University of Pennsylvania, and bestelling author of Grit: The Power of Passion and Perseverance says grit has four main components: interest, practice, purpose and hope. The combination of these traits help individuals develop grit, which is a particularly strong, scrappy form of resilience.

According to Duckworth, grit is a major determinant to success. More importantly, she believes that grit can be developed over time; it’s something we can learn. However, in order to develop grit, we must first have the chance to see it in action.

This is where books come into play. Picture books and children’s novels offer multiple ways to enter these tricky conversations about resilience and wellness.

We are educators and literacy researchers with a shared love of literature and exploring the role of books in children’s learning. Jen has master’s degrees in library science and children’s literature, and Clarissa has a master’s in education that examined reading experiences of anxious adolescents.

We examined how the children’s books in a large cross-Canada reading program might help parents and educators spark necessary dialogue about resilience in classrooms and communities.

In the Ontario Library Association’s Forest of Reading program, librarians curate book lists for different age groups of readers from kindergarten right up to adults.

Readers register to read the books in their level. Across the country over 270,000 readers participate annually in libraries and schools. Participants, including whole classes, can vote for a favourite book among the reading list for their level, and these reader-voted awards are presented at The Festival of Trees, a three-day book celebration held in Toronto each spring.

We analyzed books nominated betweeen 2013 and 2018 in the Blue Spruce category, for ages kindergarten to Grade 2, to gauge how the protagonists of these books show grittiness and resilience.

We wanted to see how these books might offer entry points for teachers, librarians and parents to talk to kids about overcoming adversity or developing resilience and wellness.

To guide our analysis, we used Duckworth’s grit scale for children, which contains self-assessment questions that align with the characteristics she identifies with grit.

Out of a possible grit score of five, 19 of the 28 books scored a four or higher. We rated the top “grittiest” books as: Shark Lady, written by Jess Keating; Stop, Thief! by Heather Tekavaek and Butterfly Park by Elly MacKay.

And, we found four themes repeatedly appeared in the grittiest books from our analysis:

The Owl and the Lemming by Roselynn Akulukjuk, is about a lemming that outsmarts an owl trying to catch it for a meal.

This book portrays grit in two ways. First, the lemming persists despite initially failing to trick the owl. Second, the owl loses his meal but optimistically plans to improve his hunting. This book draws upon Inuit oral tradition and ecological relationships to provide readers with examples of grit.

This book was among 10 that we identified as highlighting the lead characters’ connections to the natural world.

Ashley Spires’ The Most Magnificent Thing follows a girl as she attempts to create an idea she has for a contraption.

The girl becomes frustrated when her first attempts do not match her vision, but eventually, she observes the small successes in her past attempts, and finally makes “the most magnificent thing.”

This book emphasizes the importance of grit by highlighting how the creative process is a series of failures that we can learn from. It’s among nine books we identified with similar themes.

In Sandra Bradley’s Henry Holton Takes the Ice, Henry demonstrates grit when he insists on using figure skates and doing ice dance even though it goes against his family’s hockey tradition and the gender roles associated with ice dancing.

Henry Holton takes the Ice has the potential to be a powerful example of grit for children regarding commonly gendered activities that may seem exclusionary.

This book was one of six we rated for grittiness that features protagonists who face situations in which they challenge heteronormative gender roles and identity.

In The Branch by Mireille Messier, the protagonist develops a relationship with her neighbour as they work together to make something from a branch that has snapped off her favourite tree.

Mr. Frank helps the protagonist develop her grit by encouraging her to find a solution for the broken branch problem and by helping her complete her project.

The Branch was one of seven titles we found in five years of Blue Spruce award nominees that focus on the importance of intergenerational relationships.

When adults encourage children to read about grit, and children can talk about their reading experiences, our society takes an important step towards normalizing conversations surrounding failure and growth.

Such discussions in turn play a part in helping students develop their own understanding and expression of resilience and hope.

This is a corrected version of an article originally published on Nov. 10, 2019. The earlier story said Jess Keaton instead of Jess Keating.