BEYOND LOCAL: Managing peanut allergies with 'immunotherapy' rather than avoidance

A study shows that oral immunotherapy is safe for preschool-aged children with peanut allergy when offered as routine treatment in a hospital or clinic
0
May 12, 2019 9:25 AM By: The Conversation 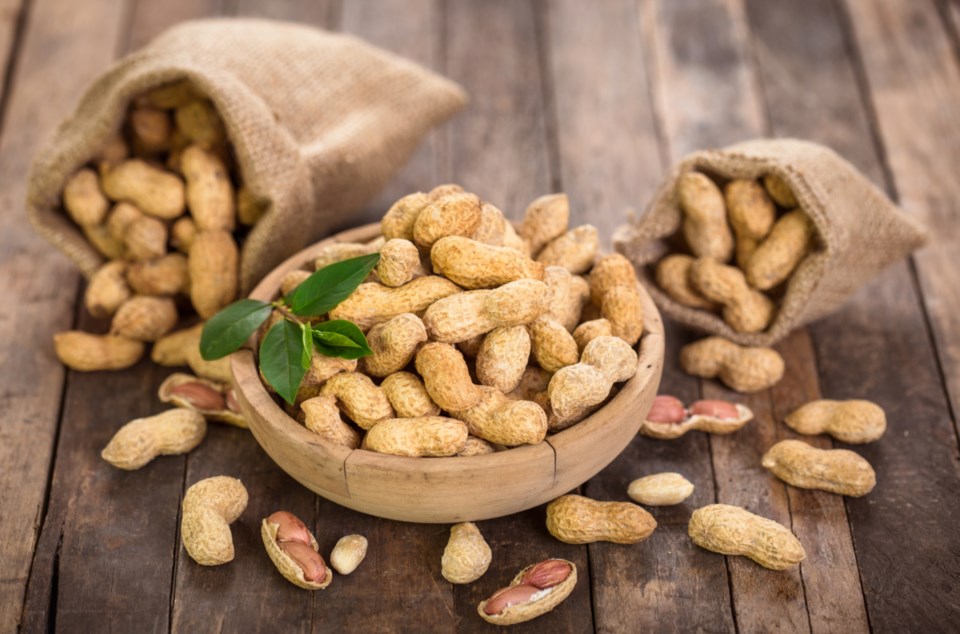 “We don’t have to live in fear anymore.”

That’s the common refrain from hundreds of parents of preschoolers with peanut allergy that my colleagues and I have successfully treated with peanut “oral immunotherapy” over the past two years.

Oral immunotherapy (OIT) is a treatment in which a patient consumes small amounts of an allergenic food, such as peanut, with the dose gradually increased to a target maximum (or maintenance) amount. The goal for most parents is to achieve desensitization — so their child can ingest more of the food without triggering a dangerous reaction, protecting them against accidental exposure.

This study has limitations however. It did not include a single child under the age of five years old. And it runs the risk of confusing parents.

My colleagues and I have seen firsthand that oral immunotherapy is not only safe, but is well tolerated in a large group of preschool children. We published data demonstrating this recently in the Journal of Allergy and Clinical Immunology: In Practice.

For any parent of a child with severe allergy, the idea of giving them even a small amount of the allergenic food might give them pause. I don’t blame them — giving a child a known allergen is a daunting thought. Some allergists share this fear and do not offer OIT to patients in their clinics due to safety concerns.

To assess the safety of oral immunotherapy, we followed 270 children across Canada between the ages of nine months and five years who were diagnosed with peanut allergy by an allergist.

The children were fed a peanut dose, in a hospital or clinic, that gradually increased at every visit. Parents also gave children the same daily dose at home, between clinic visits, until they reached the maintenance dose.

We found that 243 children (90 per cent) reached the maintenance stage successfully. Only 0.4 per cent of children experienced a severe allergic reaction.

Our research provides the first real-world data that OIT is safe for preschool-aged children with peanut allergy when offered as routine treatment in a hospital or clinic, rather than within a clinical trial.

The Lancet study was of older children

So why does the meta-analysis published in The Lancet show that peanut OIT increases allergic reactions, compared with avoidance or placebo?

The researchers behind this study argue that avoidance of peanut is best for children with peanut allergy. They describe that in older children, the risk of anaphylaxis is 22.2 per cent and the risk of serious adverse events is 11.9 per cent.

It is important for parents to note that The Lancet study only assessed children aged five and older participating in clinical trials (average age nine years old), and the researchers don’t even mention this as a limitation of their analysis.

Our study, on the other hand, assessed preschool children (average age just under two years old) in the real world outside of research.

While I agree that there are certainly more safety concerns in older children, and more research is needed to see which of them would most benefit, our results demonstrate with real-world data that, in preschoolers, OIT is a game-changer.

For many patients, benefits outweigh risks

It isn’t rocket science that avoiding what one is allergic to will be safer than eating it.

Likewise, telling parents of children with peanut allergy that avoidance is the only option outside research fails to take into account the negative long-term consequences of avoidance — such as poor quality of life, social isolation and anxiety.

Allergists and the medical community as a whole must stop confusing parents with endless mixed messages about OIT both within and outside of research. The fact is, many allergists are already offering OIT outside of research. In our current era of basing medical treatment decisions on a comparison of risks versus benefits, there is simply no one-size-fits-all approach.

Rather than concluding that all children with peanut allergy should be managed with avoidance, we should be concluding that there are some patients, such as preschoolers, for whom the benefits of offering this treatment outweigh the risks. OIT has proven to be effective in many studies, and we will similarly follow the progress of our patients long term to track effectiveness.

The bottom line is this: OIT is safe for preschool children and should be considered for families of those very young children with peanut allergy who ask for it.