BEYOND LOCAL: Canada needs to do better by women in politics

Violence against women is one of many barriers for women in politics, business
0
May 9, 2019 8:55 PM By: The Conversation 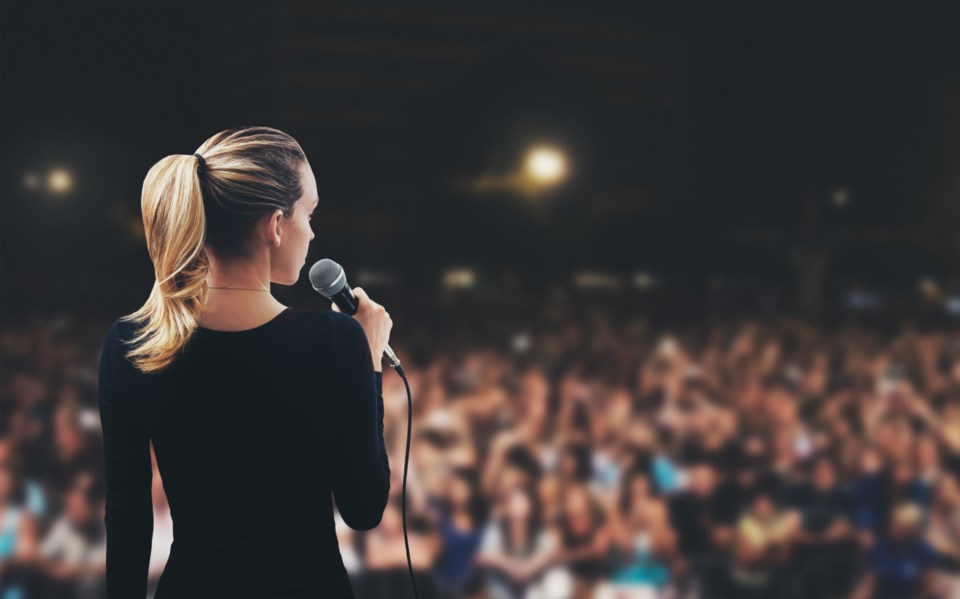 This article, written by Cheryl N. Collier, University of Windsor and Tracey Raney, Ryerson University, originally appeared on The Conversation and is republished here with permission:

Despite Canada’s self-proclaimed feminist prime minister and gender parity in the federal cabinet, our country falls well short when it comes to women’s representation in federal politics.

Canada has just 27 per cent women in its Parliament and currently ranks 62nd in the world in rankings of women’s representation: 62nd!

As we gear up for the federal election in October, much more needs to be done to attract and keep women in politics in this country.

Canadian women in politics encounter long-standing and stubborn barriers that are hurdles to running and staying in politics. These barriers include the usual suspects: family responsibilities (and lack of child care supports); lack of networks and financial support; few women role models — to name a few.

But recently, research, including our own, has uncovered violence as an additional barrier for women in politics.

Violence against women MPs in Canada

But the history of violence against women in politics is not entirely unknown. When Agnes Macphail took her seat for the first time in the Canadian House of Commons in 1921, she faced ridicule and sexism. She was physically blocked from entering the building.

Former politician Sheila Copps was sexually assaulted and sexually harassed by different male colleagues when she was an Ontario MPP and later federal MP in the 1980s and 1990s.

More recently, Conservative MP Michelle Rempel has been frequently targeted with sexually harassing threats, especially online. She won a court case against a Twitter stalker that threatened to rape her while she attended a campaign event in Winnipeg.

The #MeToo movement has shown that female victims of violence are not alone. More public space has been created to share personal experiences of violence and women are standing up to declare that they are survivors, creating room for politicians to tell their stories.

A 2016 international study found that 81.8 per cent of women politicians globally had been psychologically abused and 44.4 per cent had received death, rape, beating or abduction threats.

This election year we have already seen Canadian women politicians targeted, with criminal charges filed against one man for uttering threats against an Ontario female cabinet minister, while former federal parliamentary secretary Celina Caesar-Chavannes announced her decision to not run again in the 2019 election, in part due to threats to her safety.

There have been some steps taken in the House of Commons to address this problem. In 2014 and 2015, the government enacted a policy and later a code of conduct to try to curb instances of sexual harassment and assault against women political staff and politicians. The 2015 code for elected MPs was the first of its kind in the world.

Unfortunately, the Canadian MP Code has many flaws. As far as workplace harassment policies go, it falls short. It calls for MPs to launch formal complaints if they are ever the victim of sexual harassment or “non-criminal” assault. But our research shows the complaint process to be secretive.

This hidden-from-view system allows political parties to police themselves under the watch of party whips and chief human resource officer of the House. There are also no reporting requirements in the code, which means Canadians will likely never know whether an MP has been found to have harassed another MP and if they have, what punishment (if any) they faced.

The definition of sexual harassment is also vague and not well understood by MPs, despite training sessions offered to educate them and to set the stage for a harassment-free environment.

It fails in its ability to support women victims and to instil confidence that they will be afforded due process if/when they are victimized. The code problematically includes a provision that warns potential victims that if their claim is found to be “false” they could be punished for bringing the claim forward in the first place.

Canada’s approach also fails by comparison. The 2012 Bolivian law went further in its language against violence against women in politics that includes jail time for convicted offenders.

In the United Kingdom, a new harassment scheme in the House of Commons prohibits multiple forms of violence, including bullying, harassment and sexual misconduct. It also provides specialist support for victims of sexual misconduct and includes an independent parliamentary standards commissioner throughout much of the claims process. Although not perfect, the U.K. approach offers more victim-support and a more independent process than Canada.

We call on our governments, legislatures, political parties, NGOs, social media companies and ordinary Canadians to play a part in ending violence against women in politics. This should include revisiting existing and insufficient policies discussed above.

Because it’s 2019. Isn’t it time to fully open the door to women to be equal participants in politics in Canada and elsewhere? For democracy’s sake.