Plants reduced up to 90 per cent at some sites in Ontario, says Ministry of Natural Resources and Forestry, after a program of biological control was launched
Oct 28, 2018 6:10 PM By: Miriam King 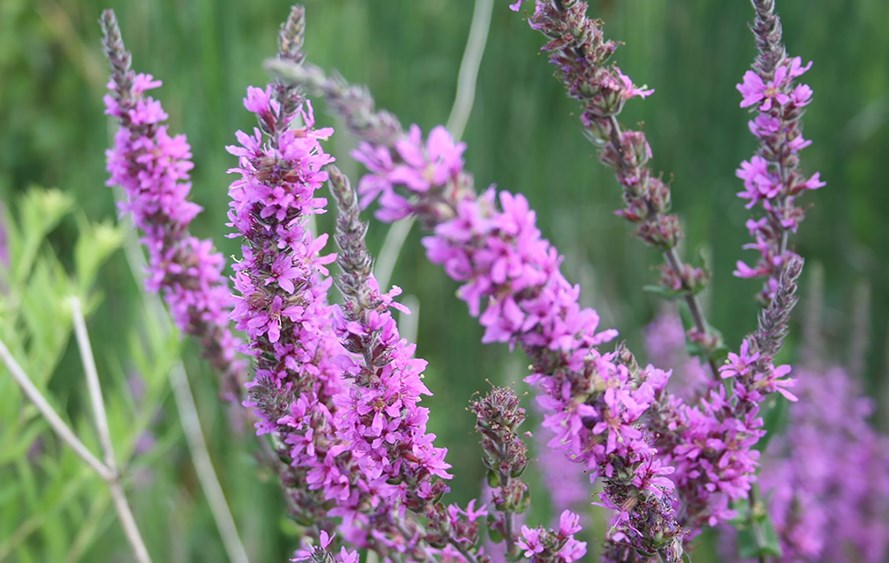 Not every invasive species story ends in the triumph of the invader. There are cases when the invasive species is successfully held in check – like the story of purple loosestrife, Lythrium salicaria.

Not only that, but each individual plant was capable of producing up to 2.7 million seeds each year – tiny seeds, that were easily spread by wind, water and wildlife.

In fact, by the late 1980s, it seemed as if some areas were destined to become dominated by purple loosestrife – beautiful yet barren.

But in 1992, after years of testing, Canada and the U.S. launched a program of biological control, releasing European Galerucella beetles.

Four species of insects were chosen, all “because they are natural enemies to purple loosestrife in its native range in Europe,” said Nicole Michalchuk, a spokesperson with Ontario’s Ministry of Natural Resources and Forestry (MNRF). All of the insects “underwent extensive testing to ensure that they were host specific — that is, require purple loosestrife to complete their life cycle.”

The program has been a success. Invasive purple loosestrife hasn’t been eliminated, but everywhere it has become established, so have the beetles.

“The biological control program has been deemed to be very successful, with reductions of purple loosestrife biomass documented at up to 90 per cent at some sites,” said Michalchuk.

In Ontario, it is the black-margined loosestrife beetle that has been most successful.

“It spends its entire life cycle on the purple loosestrife plant, from egg to adult, feeding on the leaves,” said Michalchuk. That not only reduces the vigor of the invasive plant, giving native species a chance to fight back, but also reduces seed production.

Purple loosestrife has not been eliminated but it has been controlled. As the Michalchuk points out, “Biological control does not eradicate purple loosestrife entirely. Rather it introduces a natural “check and balance” that helps to control its spread and presence in the landscape.”

And don’t plant purple loosestrife in the garden: there are plenty of native species that can provide the same pop of colour, including northern blue flag iris, pickerelweed, and blue vervain.

Innovative program will bring jobs and affordable housing to York-Simcoe
Jul 4, 2020 1:45 PM
Comments
We welcome your feedback and encourage you to share your thoughts. We ask that you be respectful of others and their points of view, refrain from personal attacks and stay on topic. To learn about our commenting policies and how we moderate, please read our Community Guidelines.