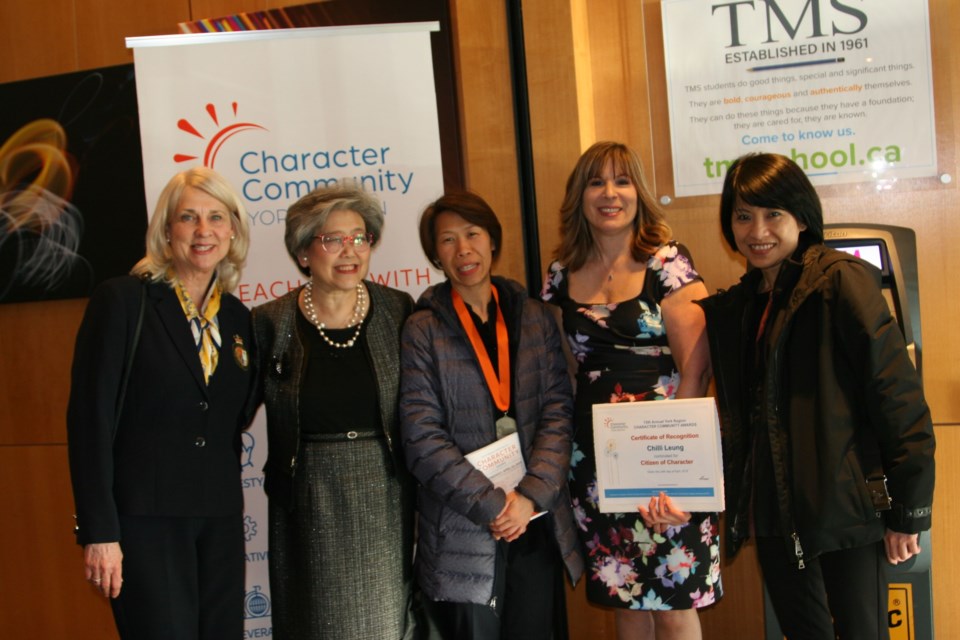 For the 14th year in a row, Character Community York Region is recognizing the local individuals and organizations who bring to life its motto: “Live with character, change the world.”

Nominations are being accepted until Monday, March 9 for the 2020 Character Community awards and tickets are available for the Character Awards and Music Alive Celebration of Character Wednesday, April 22 at 6:30 p.m. at the Richmond Hill Centre for the Performing Arts Theatre.

The format of the annual awards event has been altered to better reflect the many programs the Character Community supports in York Region, including Music Alive, Slap Shot hockey program, and CC Senior Task Force, Cappuccitti said.

As well, the number of awards has been pared down to accommodate the “shared” focus of the two-hour evening event, she added.

“The (award) recipients will be really exceptional,” Cappuccitti said.

A highlight of the evening is the performances of about 200 young musicians participating in the Music Alive York Region program, she said.

“Character Community York Region is proud to have Music Alive as one of our core programs. It demonstrates our character attributes in action and truly showcases character in the arts,” she said. “These young people truly support each other and collaborate.

“It’s a huge opportunity for these young musicians.”

Music Alive, which is one of the largest music festivals in the country, gives students the opportunity to perform in front of audiences in some of the best venues in the region and to be adjudicated by some of the foremost music educators on the continent, Cappuccitti said.

The non-competitive programs draw students who perform in a variety of genres, including musical ensembles, soloists, choirs, bands, orchestras and classroom groups.

Some ensembles are invited to perform at the Character Community Awards / Music Alive Gala evening.

To nominate a person, school or group, click here.

You can purchase tickets here.

In 2018, Character Community delivered its programs to 17,154 children and youth across York Region.

Additional COVID-19 case in Newmarket among York Region's 276 total
Mar 31, 2020 6:58 PM
Comments
We welcome your feedback and encourage you to share your thoughts on this story. We ask that you be respectful of others and their points of view, refrain from personal attacks and stay on topic. To learn about our commenting policies and how we moderate, please read our Community Guidelines.