'I was shocked to hear that we do not charge fees. We’re the only municipality, I think, that does not charge fees for people who come from outside Aurora,' says councillor
Feb 21, 2021 11:30 AM By: Brock Weir, Local Journalism Initiative reporter 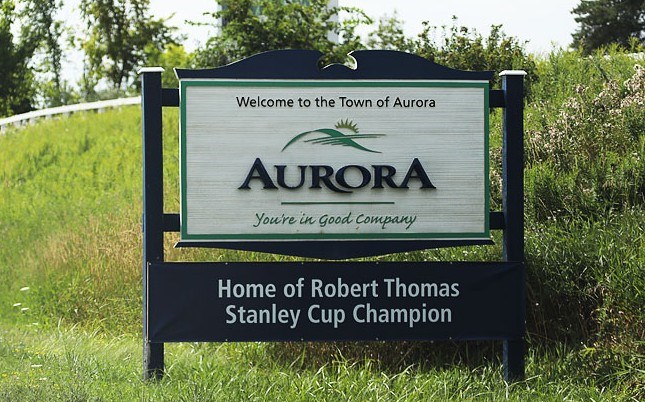 Non-residents of Aurora have to pay a little bit extra for fitness programs hosted by the town, and older non-residents need to pay slightly more for services offered by the Aurora Seniors’ Centre, but should out-of-towners pay more across the board?

That is the question council will be considering as they review new policies on how town programs are priced.

This month, at the committee level, council received a presentation on proposed new fee policies for Aurora, many of which have not been revised or adjusted since 2009.

While affordability for residents was a dominating theme in discussions, so too was the price residents from other communities should pay for taking part in Aurora’s programs.

Following the presentation from consultants, Councillor Michael Thompson said it was unclear what the recommendations might be to recoup revenue from service-users from beyond Aurora.

“Aurora is, I believe, the only municipality among York Region benchmarks that does not leverage a non-resident fee and it has been that way for some time,” said consultant Anand Desai of Monteith Brown. “It is not to say that is a bad thing, but non-resident fees are very useful when your facilities are at capacity and you want to make sure that your residents have the greatest incentive to get access and benefit from your facilities.

"But there is an argument that if you apply a non-resident fee to a facility that is under-utilized, for example, you could be forgoing revenue potential there. I think more work needs to be done.

“Many municipalities do charge non-resident fees, but they don’t necessarily apply it across the board for every single program. I think staff would probably…look at different types…whether it is an aquatic program versus a sport field program and determine whether a non-resident fee makes sense in that respect and how it might contribute to your ability to attain cost recovery levels that are set out in this policy.”

While Councillor Thompson likened this to “chicken and egg” scenario, Councillor Wendy Gaertner said she was “speechless” that non-residents were not being charged more than Aurorans for local services.

“I was shocked to hear that we do not charge fees,” she said. “We’re the only municipality, I think, that does not charge fees for people who come from outside Aurora. It was my understanding that every time this question was raised around the table was…that we did charge extra fees. There is something wrong with this picture and I would like to get back to council on that.”

In response, town treasurer and director of finance Rachel Wainwright-van Kessel said that out-of-town fees are indeed charged for fitness memberships at Club Aurora, for instance, but a driving factor is making sure the programs and services offered by the town are ultimately used.

“The decision on resident versus non-resident rate, we want to make sure the space and the program is capitalized on as well as we can and certainly most-used,” she said. “First and foremost is to sell it and priority would go to residents. In a programmed case, we have different registration dates. Residents get priority and usually have an advanced registration day.

"If there is space available, and only if, it becomes available to the non-residents, usually a few days later. It is a measure staff have implemented to ensure our residents get priority. The non-resident rate applies to significant programs, that is something that is part of this report that we want to have a further look at in relation to our broader (programs) than just fitness at this point.”