The Very Useful Theatre Company presents Dickens’ timeless Christmas story, which will be read aloud Sunday, Dec. 8 at 7 p.m. in Newmarket at the New Hope Methodist Church
Nov 15, 2019 8:30 AM By: NewmarketToday Staff 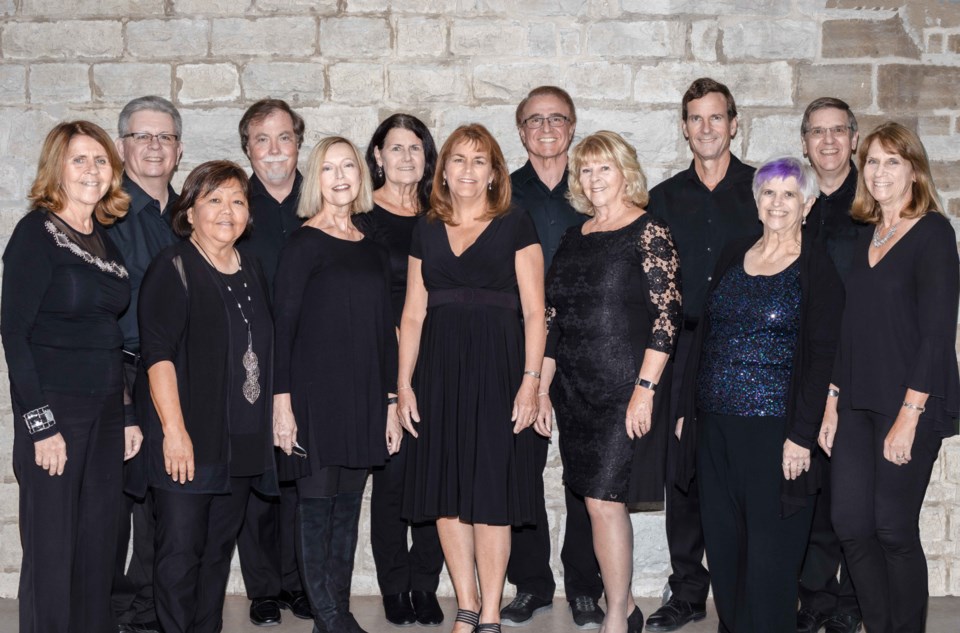 It won’t be long before homes are made Christmas cozy with the scent of pine, sound of carols and the warmth of family. Newmarket, Aurora, and East Gwillimbury residents are invited to celebrate this festive time with The Very Useful Theatre Company and Charles Dickens.

Now a Christmas tradition across the country, a dramatic reading of Dicken’s A Christmas Carol will be presented at New Hope Methodist Church on Sunday, Dec. 8, starting at 7 p.m. A portion of the proceeds raised will go to the Newmarket Food Pantry — in true Dickens’ fashion. Lots of free parking.

“It is a truly fantastic production,” said the main organizer, Kay Valentine, on behalf of The Very Useful Theatre Company. “It really gets everyone into the Christmas spirit and makes a real difference for a local charity during this special time of year. Not only that, but it’s a special, fun night out.”

The organizing committee for this year’s A Christmas Carol, which missed being presented last year and is being re-introduced this year by Kay Valentine, Kim Valentine and Joanne Spitzer, all of Aurora, with help from Barb Jones of Bradford and Doris Keppler of Georgina.

The production of A Christmas Carol features well-known dramatic personalities — the talented readers include (in order of appearance) Phil Dionne of Newmarket; Zara Stuart-Jones of Aurora; Bruce Williamson of Aurora; Judi Cragg of Newmarket and, wrapping up this festive delight is Aurora’s Ken Lloyd.

The master of ceremonies is none other than the well-known and well-loved Charles Beer of Newmarket. It is sure to be an evening not to be missed.

The music, which is such an important part of the dramatic reading of A Christmas Carol, is provided by the well-known and popular singing group, Take Note Vocal Ensemble. This singing of traditional Christmas music adds so much to the evening and the reading.

Since 1990, people across Canada have been crowding into churches and theatres to hear Dickens’ timeless story read aloud over the holiday season. Produced in more than 100 communities across Canada, A Christmas Carol raises money for local charities, such as food banks, shelters, libraries and hospices.

First up to read, is Phil Dionne. Phil has been an actor on the community stage in York Region for more than 30 years. You may have seen him in any number of productions at The Curtain Club, Theatre Aurora, Newmarket Stage Company and Old Town Hall Players, but he always had a special place in his heart for Theatre on Main run by Ross and Jacquie Bayley. It is in their memory that he is happy to perform this reading of A Christmas Carol. "God bless us, everyone.”

Second up is Zara Stuart-Jones. Zara has been involved in community theatre in York Region for more than 35 years having performed on the stages of a number of local theatres. Recent credits include: Annie in The Heart as it Lived (Theatre Aurora); Queenie in Opal's Million Dollar Duck (N.S.C.) and several roles for The Silver Stars Drama Group at the Aurora Seniors' Centre.

Bruce Williamson will next read. Bruce has written, directed, and performed in theatres in Toronto, and throughout York and Durham regions, most recently with InspiraTO Festival at the Alumnae Theatre in Toronto, and many years ago as a member of the Old Town Hall Players.

Bruce is followed by Judi Cragg. In Ottawa, Judi performed with the Orpheus Musical Theatre and in a cabaret group for several years. After moving to the GTA, she was on stage with the Scarborough Players and Scarborough Music Theatre, as well as performing in An Evening on Broadway at Herongate Barn Dinner Theatre. After many years away, she has recently directed Stepping Out for Theatre Aurora, Fade to Black for South Simcoe Theatre (Four Play Festival) and Hilda’s Yard for Markham Little Theatre. In November, she appeared as Judge Heath in The Night of January 16th (MLT). At present, Judi is producing the upcoming Les Liaisons Dangereuses for Theatre Aurora and is on their board of directors (Sales).

Wrapping up the evening is Kenneth Lloyd. Ken is a longtime resident of Aurora. A retired teacher and later principal, Ken enjoyed acting as well as directing and working backstage. He is a three- time winner of a Best Actor Thea Awards, as well as being nominated several other times. A few years ago, he appeared as Scrooge on stage in the Newmarket Theatre in Marquee’s production of A Christmas Carol for which he was nominated as Best Leading Actor. He has directed several musicals, including My Fair Lady, Jesus Christ Superstar, Blood Brothers and Pirates of Penzance, all with Theatre Aurora. He also directed Oliver for Queensville Players, and was nominated for a Thea Award as Best Director of a Musical.

As master of ceremonies, Charles Beer brings a lot to this festive evening. Charles really needs no introduction. He is a former Ontario minister, CEO, chief of staff, commissioner, executive director — with more than 40 years of leadership experience in government and not-for-profit organizations, Charles brings extraordinary skills and experience in public policy and issues advocacy to your service. Charles and his wife, Mary Anna, a retired teacher, live in Newmarket. He has been extremely active in volunteer and advisory roles, serving on a wide range of boards relating to health, education, social services and international development.

The members of Take Note are choral enthusiasts with a history of making music together for our own enjoyment and to share in performance with a variety of audiences. Their repertoire encompasses a wide range of musical genres, including classical, jazz, folk, pop, and Broadway. Their past performances have included joint concerts with the True North Brass, the Newmarket Citizens Band, and Voices of Joy. In September 2018, Take Note were the featured performers at the Sharon Temple Illumination and, in December, performed in a Hallmark film to be released later this year. Various members of the group are also busy performing in other choirs, instrumental ensembles and musical theatre productions.

For more information on Charles Dickens’ A Christmas Carol in Newmarket, call the ticket hotline and talk to the friendly Joanne at 905-727-3290 or visit www.vutc.ca. Tickets are $20 for adults and $15 for seniors and children over 12. Mark this date on your calendar and don’t hesitate to order your tickets and start the season off on the right foot.