'I'm heartened to see young and old who have dusted off their bikes to experience the freedom of cycling during this pandemic,' cycling enthusiast says
Jun 30, 2020 5:14 PM By: Kim Champion 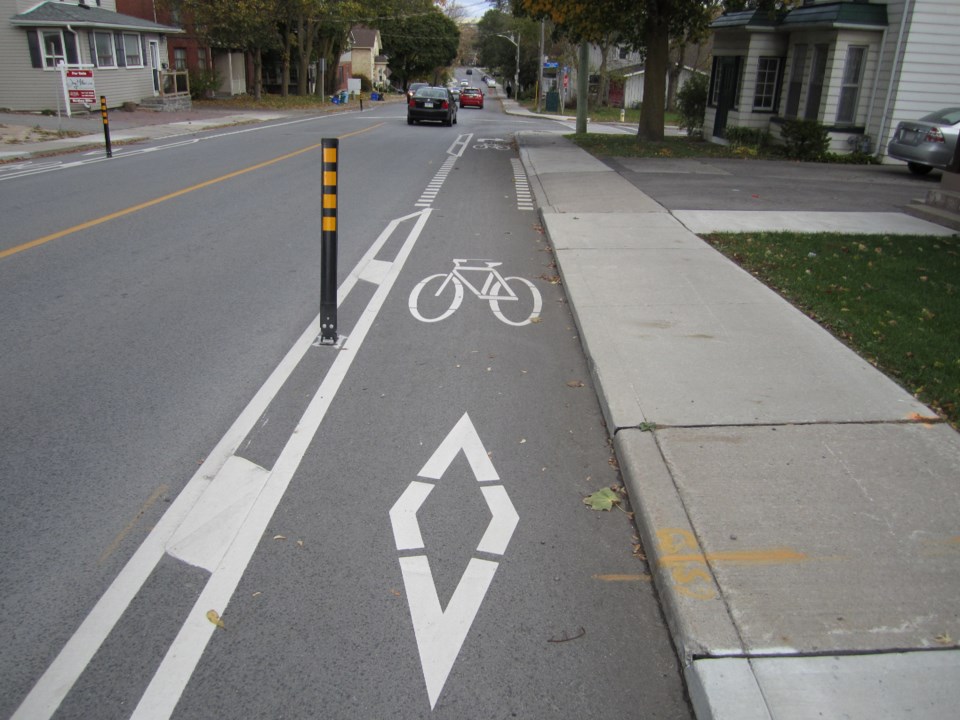 The expected summer or fall 2020 installation of three new bicycle lanes in north Newmarket sailed through final approval at Monday’s council meeting, despite some earlier objections to the loss of on-street parking.

Four residents provided written and verbal comments in support of the lanes, which are slated for London Road from Yonge Street to Main Street North, Alexander Road from Srigley Street to Davis Drive, and Bonshaw Avenue from Woodspring Avenue to Gilpin Drive.

The new lanes are recognized to be an important east-west connection in the north part of Newmarket to link Yonge Street and the existing lanes on Bonshaw Avenue with Main Street North and the Tom Taylor Trail system.

Speaking on behalf of Cycle Newmarket, a group that advocates for better cycling infrastructure in Newmarket and York Region with a focus on commuting rather than recreation, Stephen Harper said cycling in town makes sense as a viable transportation option.

Harper cited as reasons that cycling is environmentally friendly, its active nature promotes health and well-being and, according to the CAA, there are 7,500 serious injuries and 74 deaths of cyclists in Canada each year, 64 per cent of which are on urban roads where traffic speeds are under 70 km/h.

“A Newmarket transportation study showed average speeds were reduced by 4.7 km/hr by bike lanes and bollards, so our roads are safer for everybody when bike lanes are installed on them,” said Harper.

Also notable, Harper said, is that Newmarket’s BikeSports owner Tom Zielinski reports a 25 per cent increase in sales this year over the same period last year.

“Clearly, the prophetic phrase from W.P. Kinsella’s Shoeless Joe, is true, ‘If you build it, they will come’,” said Harper.

“I will remind you that this pandemic is a sardine compared to the shark of climate change,” Kempton said. “Both these things, the pandemic and climate change, call on us to strengthen our community, to care for and about each other, and to care about and for the Earth.”

“We cannot even begin to tackle climate change, to take onto ourselves that sort of personal and community responsibility, without cycling,” said Kempton. “For many reasons, we must do all we can to make cycling safe. Please approve these new bike lanes.”

Meanwhile, resident and vehicle owner Brenda Russell said she rides her bike to work and uses it for shopping trips, pleasure, to save money, and for the betterment of the environment and her health.

“I am in favour of all bike lanes and encourage the town to consider adding more where there is room to safely do so,” Russell said. “If we had more bike lanes, I think more people would feel safer and feel encouraged to ride their bikes.”

Resident Paul Jolie said he is “heartened to see young and old who have dusted off their bikes to experience the freedom of cycling during this pandemic”.

“Finally, our roads are a resource for all users, including cycling, e-bikes, rollerblading, scooters, and mobility devices, and should not be thought of as a place for the storage of vehicles,” Jolie said, of the complaints about losing on-street parking.

Mayor John Taylor noted while London Road is a good candidate for a bike lane, Yonge Street North from Davis Drive to Greenlane is slated for substantial improvement in the next two to three years, along with intensification within a decade, and bike lanes are expected to be installed on that stretch the same way they are now on Yonge Street South.

The bicycle lanes are scheduled to be installed this summer or fall 2020, but the timelines may change due to the impacts of the COVID-19 pandemic.

Related parking bylaw amendments were required to be made.

For more information on those amendments and to read the update on bicycle lanes 2020 report, visit here.

Some residents want Newmarket to park proposed bicycle lanes
Jun 25, 2020 1:30 PM
Comments
We welcome your feedback and encourage you to share your thoughts. We ask that you be respectful of others and their points of view, refrain from personal attacks and stay on topic. To learn about our commenting policies and how we moderate, please read our Community Guidelines.