At a time when citizens are concerned about fake news, the governing party should not be exacerbating the problem by publishing its own, letter writer William Dyer says
0
Jun 22, 2019 1:45 PM By: NewmarketToday Staff 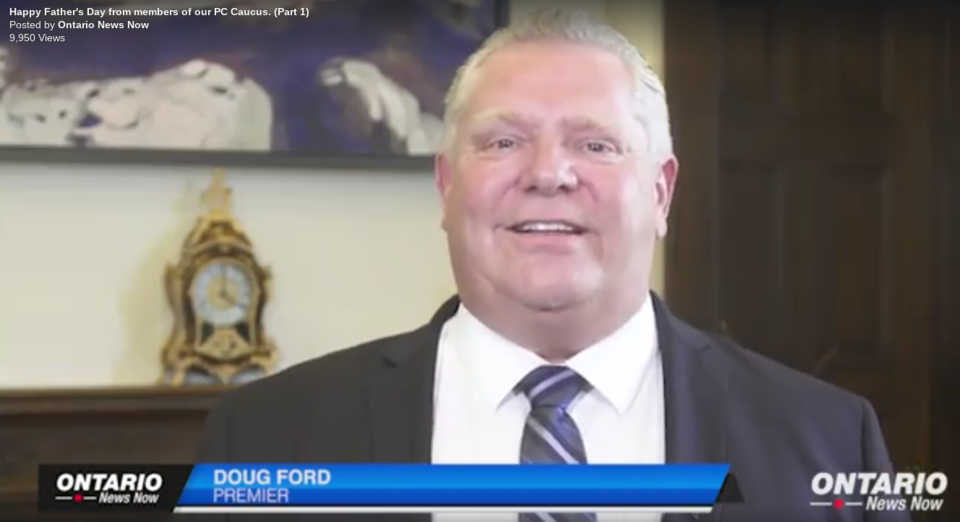 NewmarketToday welcomes your letters to the editor at news@newmarkettoday.ca. Please include your daytime phone number and address (for verification of authorship, not publication). The following is a copy of a letter sent to the Ontario Progressive Conservative Party.

I am sending this note to formally complain about Ontario News Now. Ontario News Now is an information outlet controlled by the governing party that is posing as a journalistic agency, aiming to look and sound like actual journalism while only delivering partisan propaganda. It occurs to me that Ontario News Now is bad for our democratic institutions and should be seen as objectionable by all citizens regardless of political affiliation.

Ontario News Now publications are reasonably construed as campaign messaging with the intent of fooling viewers into thinking they are viewing journalistic reporting. The Ontario News Now website's "About Us" page acknowledges that it is controlled by the governing party's caucus while still branding itself as legitimate news (eg, calling itself "ONN"), but much of Ontario News Now's visibility comes through their Twitter account.

While their Twitter account biography section acknowledges that its content is produced by the governing party, individual tweets do not (neither do individual articles on the website, as it happens). When an MPP such as my own, Ms. Christine Elliott, retweets an Ontario News Now story, it appears in my Twitter feed without disclaimer and the only conclusion to draw is that the governing party is trying to legitimize their propaganda by posing as a news agency while hoping no one notices they are seeing political propaganda. While I personally do not use Facebook, it is my understanding that a similar strategy is employed there.

The PC Party ought to immediately cease releasing partisan propaganda posing as news without disclaimer. It is unbecoming of a governing party in a democratic society.

LETTER: A thank you to our superheroes, during National Nursing Week
May 13, 2020 1:41 PM
Comments
We welcome your feedback and encourage you to share your thoughts. We ask that you be respectful of others and their points of view, refrain from personal attacks and stay on topic. To learn about our commenting policies and how we moderate, please read our Community Guidelines.