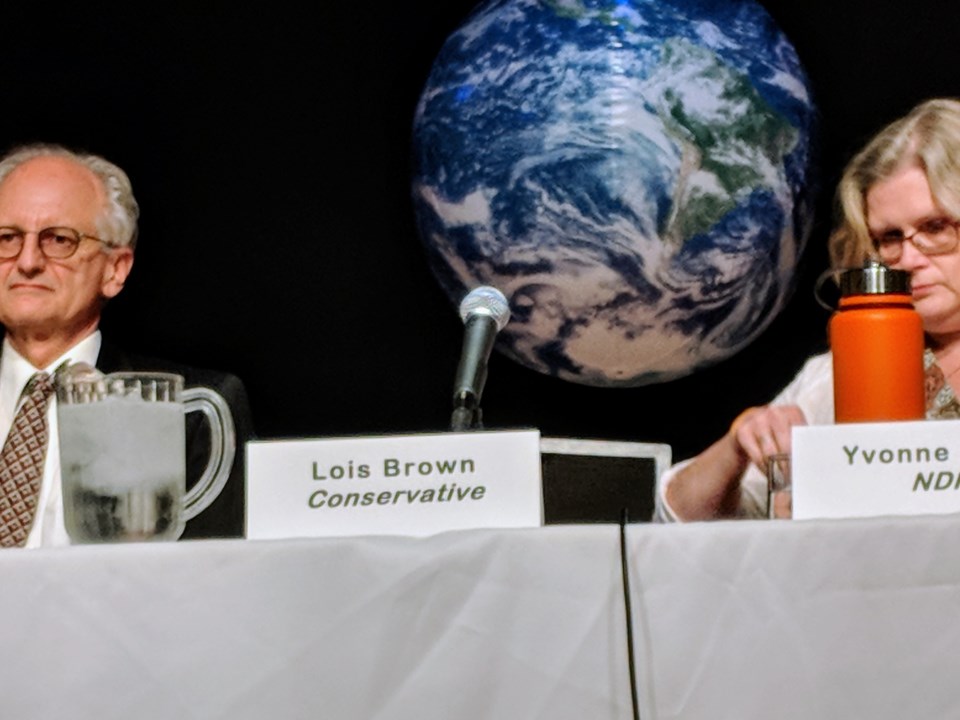 Climate change is the existential challenge of our time. Today, it is no longer free to pollute anywhere in Canada. A price on pollution is one of the pillars of Canada’s current climate plan, the Pan-Canadian Framework on Clean Growth and Climate Change.

The three of us agree with the experts who tell us that carbon pricing is the most effective and efficient way of reducing emissions.

However, on pollution pricing, our Conservative Party of Canada opponent, Lois Brown, has been misleading this community.

After electing not to attend the Newmarket-Aurora Drawdown/KAIROS York Region all candidates forum, she has stated, on multiple public occasions, that the federal price on pollution is a “carbon tax plan” that raises money for “general [government] revenue.”

Whether out of ignorance or wilful deception, Lois’ statement is false and misleading.

Simply put, the federal carbon pricing system does not raise money for general revenue. The federal backstop, which only applies in Ontario because Doug Ford cancelled the provincial climate plan already in place, does two things with the proceeds raised.

First, it returns the majority back to Canadians through Climate Action Incentive payments on their tax returns. This means that an average family of four will receive $307 in 2019, with those in small and remote communities receiving an additional 10 per cent.

The remainder goes either to particularly affected sectors like schools, hospitals and small businesses, or to other investments and projects that will reduce greenhouse gas emissions. The federal government does not keep a dollar.

Reasonable people can disagree on the best approach to address the threat of climate change, but the people of Newmarket-Aurora deserve better than a Conservative Party of Canada candidate who makes a decision to mislead voters about something that is so demonstrably untrue.

LETTER: Come together this season to make a difference for people impacted by cancer
Dec 20, 2019 5:00 PM

LETTER: NHL ticket surcharge solution to supporting women's hockey
Nov 19, 2019 1:30 PM
Comments
We welcome your feedback and encourage you to share your thoughts on this story. We ask that you be respectful of others and their points of view, refrain from personal attacks and stay on topic. To learn about our commenting policies and how we moderate, please read our Community Guidelines.