Seriously disabled amputees should not have to rely on their families and communities to cope with the basic financial requirements of an artificial limb, War Amps says
0
Jun 8, 2019 3:31 PM By: NewmarketToday Staff 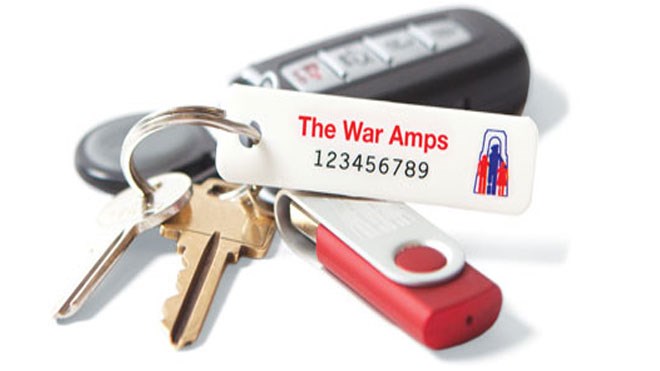 Ontario is often viewed as a leading model for health care in Canada, but as it applies to the Assistive Devices Program (ADP), it is sadly failing. Funding guidelines for artificial limbs are grossly outdated and are leaving many of the province’s amputees in dismal circumstances, literally unable to afford a leg to stand on.

ADP funding is quoted (and requoted) as covering 75 per cent of the total cost of artificial limbs, a comforting thought until one realizes that the 20-year-old funding grid this is based upon covers technology that is outdated and obsolete, while failing to cover the cost of modern-day essential components.

The result is that amputees — if they have the means —  must pay thousands of dollars out of pocket to have the proper artificial limbs that have been medically prescribed for them. Those who can’t, and there are many, have few alternatives.

For many, crowdfunding has proven necessary, a veritable canary in the coal mine pointing to a shameful state of affairs for the province’s health care system.

It is also only a stop-gap solution, given that amputees will understandably be reluctant or simply unable to repeatedly appeal to friends and family for the replacement limbs needed during their lifetime.

It is unimaginable in the 21st century that seriously disabled amputees would have to rely on their families and communities in this way to cope with the basic financial requirements of an artificial limb.

This means those who have already suffered the loss of a limb are further penalized with punishing and ongoing debt, or with the physical and psychological consequences of going without the needed limb. Often, most affected are those with higher levels of amputation (as the cost of prosthetic care is greater), seniors, self-employed or low-income individuals, or those on disability/social assistance.

To add further salt to the wound, had their prosthesis been an internal one — like a knee or hip replacement — the government would, without question, pay the thousands of dollars required for the needed components, plus the full hospitalization.

The War Amps attempts to fill the gaps where it can, contributing thousands of dollars toward the cost of artificial limbs. As a charity relying on public donations, however, our funds can only go so far. Daily, we see the impact of Ontario’s lack of funding for artificial limbs. Many amputees suffer isolation and enforced sedentary lifestyles, are often unable to work, which requires reliance on disability and government benefits, and can develop life-threatening medical conditions related to lack of mobility.

As a good first step, the Office of the Auditor General of Ontario contacted us for input in a value-for-money audit it was conducting on the ADP. Our response included examples of best practices used in other provinces that could be considered in Ontario, as well as a compendium of cases to provide real-life illustrations of just how inadequate the ADP’s maximum contributions are in practice.

The case examples include that of a 55-year-old, self-employed amputee who required a replacement leg after 15 years. ADP’s coverage amounted to just 39 per cent of the total cost, leaving him with a personal balance of $11,508.64 to maintain his basic mobility and continue working.

The Auditor General’s subsequent report on the ADP issued Dec. 5, 2018 confirmed that several areas relating to oversight and device pricing need improvement, and that device prices are not appropriately monitored and updated.

The War Amps also raised this issue in a letter to the Honourable Christine Elliott, Ontario’s Minister of Health and Long-Term Care.  After three months, we received an unsatisfactory bureaucratic response from the Minister’s office.

It is our position that Ontario has a legal and moral obligation to improve this desperate situation by committing to review and update its policies on artificial limb coverage to ensure that amputees have affordable access to the prosthetic care prescribed for them by their medical team.

LETTER: We need to reduce emissions and tackle social problems simultaneously
Jan 23, 2020 11:10 AM
Comments
We welcome your feedback and encourage you to share your thoughts on this story. We ask that you be respectful of others and their points of view, refrain from personal attacks and stay on topic. To learn about our commenting policies and how we moderate, please read our Community Guidelines.