York Region Public Health is reporting an outbreak at a farm in Vaughan
Jun 29, 2020 1:59 PM By: Debora Kelly 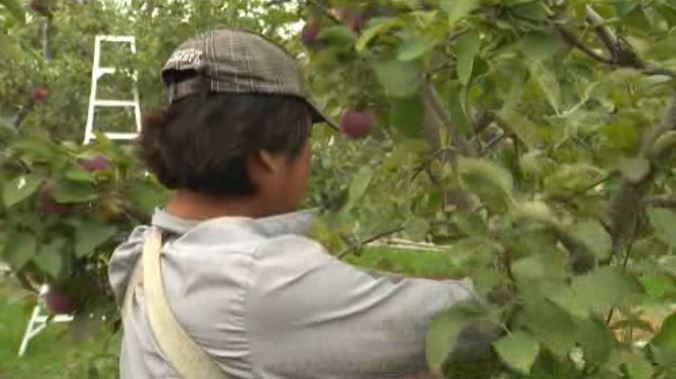 York Region public health inspectors are checking the living conditions at local farms in the hopes of preventing the COVID-19 outbreaks among migrant workers that continue to spiral new case numbers in Ontario in recent weeks.

“Public health inspectors have been going farm to farm ensuring that the living conditions are fine in order to prevent any large-scale outbreaks in York Region in the farming community,” medical officer of health Dr. Karim Kurji said in a video update today.

The first positive migrant farmer case in the region was reported Friday, at a farm in King, and today public health is reporting a small outbreak among farm workers in Vaughan.

The remainder of workers at the Vaughan farm is being tested this week, Kurji said.

Ontario reported a spike of 257 new cases today after consistently seeing numbers drop below 200 in the last week, in part contributed to 177 new cases alone in Windsor-Essex, a COVID-19 hotspot for migrant workers.

Following initial challenges with testing in the agriculture and agri-food sectors, the increased new case numbers reflect the implementation of the province’s three-point plan last Wednesday to reduce the risk of transmission of COVID-19 on farms, Elliott said.

Following some initial challenges with testing in the agriculture and agri-food sectors, these numbers reflect the implementation of our three-point plan to reduce the risk of transmission of #COVID19 on farms. Read more here: https://t.co/eynucxzylo

The guidance states that asymptomatic employees who test positive for COVID-19 can continue working, under certain conditions, including that they keep their distance from those who tested negative.

While the protocol applies to other jobs done outside or with limited interaction with others, it was released in the context of encouraging agri-food employers to support testing of their workers without fear of losing them to self-isolation.

The pandemic has exacerbated concerns about the Temporary Foreign Worker program, particularly as it relates to overcrowded on-farm housing and precarious immigration status. Earlier this month, Ottawa vowed to overhaul the federal program.

Meanwhile, with Canada Day approaching this Wednesday, Dr. Kurji is encouraging residents to continue their vigilance with the physical distancing and hand washing that allowed York Region to move to stage 2 of reopening June 19.

He said new cases peaked in the region following both Mother’s Day in May and Father’s Day last week when families may have gathered.

“I wish to thank all of you for having been so vigilant in the past few weeks,” Kurji said. “However, just looking south of the border, you will see that the situation with respect to COVID-19 is really not under control, so we need to continue to be vigilant.”

Here are the latest COVID-19 numbers for York Region

First migrant farm worker in York Region tests positive for COVID-19
Jun 24, 2020 7:15 PM
Comments
We welcome your feedback and encourage you to share your thoughts. We ask that you be respectful of others and their points of view, refrain from personal attacks and stay on topic. To learn about our commenting policies and how we moderate, please read our Community Guidelines.