30 of the region’s 55 institutional outbreaks have been declared closed, however, few of the cases are resolved
May 19, 2020 7:20 PM By: Debora Kelly 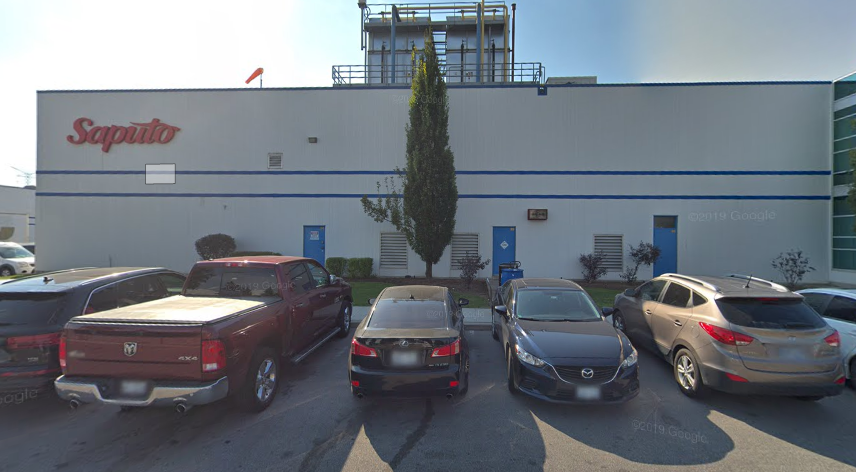 A Newmarket man employed at Saputo Dairy Products in Vaughan, where a COVID-19 outbreak has been declared, died May 5.

While York Region public health is getting COVID-19 outbreaks at long-term care, group homes and hospitals “under control”, workplace exposures are on the rise in recent weeks, according to the medical officer of health.

As of today, there are 50 cases linked to workplace exposures — doubling in recent weeks — accounting for two per cent of the region’s 2,080 cases.

Two-thirds of the cases, 33, are resolved.

The largest workplace outbreak is at Saputo Dairy Products Canada in Vaughan, which is linked to the region’s first workplace-acquired COVID-19 death, a 57-year-old Newmarket man.

Twenty-four employees — six of whom are York Region residents — have COVID-19 in the outbreak declared April 29 at the Saputo facility at 101 Royal Group Cres.

The names and types of the workplaces experiencing exposure to the coronavirus were not known at the time of publication.

To date, there have been 968 confirmed cases of COVID-19 acquired by institutional outbreak — residents, patients and health-care workers —  and 125 deaths in York Region.

Also, an 89-year-old Vaughan man passed away yesterday, May 18, at Woodbridge Vista Care Community after testing positive May 17, two days after symptom onset. He is the first resident to die with COVID-19 at the Vaughan home.

The majority of the region’s cases, at 37 per cent, are outbreak-related, and while 30 outbreaks have been declared closed, only five per cent of the cases are resolved.

In Newmarket, 126 of its 190 confirmed cases are outbreak acquired, as well as 17 of 21 deaths, at six facilities. Only five cases are resolved.

Mackenzie Place Long-term Care Centre in Newmarket continues to battle one of the most virulent outbreaks in York Region, with 80 of 90 residents and 24 of 108 health-care workers testing positive for COVID-19 since the outbreak was declared April 8. Fourteen residents have died with the virus.

The other active outbreak in Newmarket is at Southlake Residential Care Village, declared April 9 when two health-care workers tested positive. None of its 214 residents has tested positive.

Another outbreak hotspot is at River Glen Nursing Home in Sutton, where 62 of 115 residents and 27 of 100 health-care workers have tested positive for COVID-19. Since the outbreak was declared April 27, 14 residents have died.

Closing an outbreak doesn’t mean there are not active COVID-19 cases at the facility.

A patient passed away at Southlake Regional Health Centre May 16 with exposure confirmed there, after the 16-day outbreak declared with four patients and four health-care workers were closed May 15.

The first outbreak in one of York Region’s emergency child care centres was declared May 17, when a child care worker at All About Kids in Markham tested positive for COVID-19.

However, the curve is flattening, Dr. Kurji said of the region's cases.

“Our rates of COVID-19 per 100,000 of the population continues to plummet, and this is the case of all of our municipalities,” he said.

Vaughan’s rate remains the highest in the region, increasing to 256 cases per 100,000 population. Georgina has seen a significant increase to 221 cases per 100,000 as the number of outbreak acquired cases there has risen.

Cases per 100,000 population in Newmarket have increased, as well; it now ranks third of the nine municipalities at 213 cases.

On May 6, Newmarket ranked second in the region with cases per 100,000 at 186, while Vaughan led at 213, according to York Region public health data.

On May 6, Richmond Hill had among the lowest of infection rates at 181 per 100,000 — the same as King Township, which continues to have the lowest number of confirmed cases in the region.

York Region will continue to follow the province’s lead in opening up businesses, services and public spaces, Dr. Kurji said, adding, “Don’t let your guard down, and stay vigilant” and continue staying home as much as possible, practising physical distancing and frequently wash your hands.

In particular, he had advice for residents who may be carpooling to their workplaces again.

“It’s important to note that you will be entering a space that doesn’t have good ventilation,” he said.

You can reduce your risk of exposure to COVID-19 by opening windows, wearing a two-layer cloth mask, keep as much distance from the driver as possible, disinfecting common surfaces, using hand sanitizer before and after exiting the vehicle, and practising good respiratory habits, he said.

Newmarket has region's 2nd highest rate of COVID-19 cases per 100,000 population
May 6, 2020 6:30 PM
Comments
We welcome your feedback and encourage you to share your thoughts. We ask that you be respectful of others and their points of view, refrain from personal attacks and stay on topic. To learn about our commenting policies and how we moderate, please read our Community Guidelines.