Stuck in stage 1: Here's where Newmarket, York Region are in COVID-19 recovery 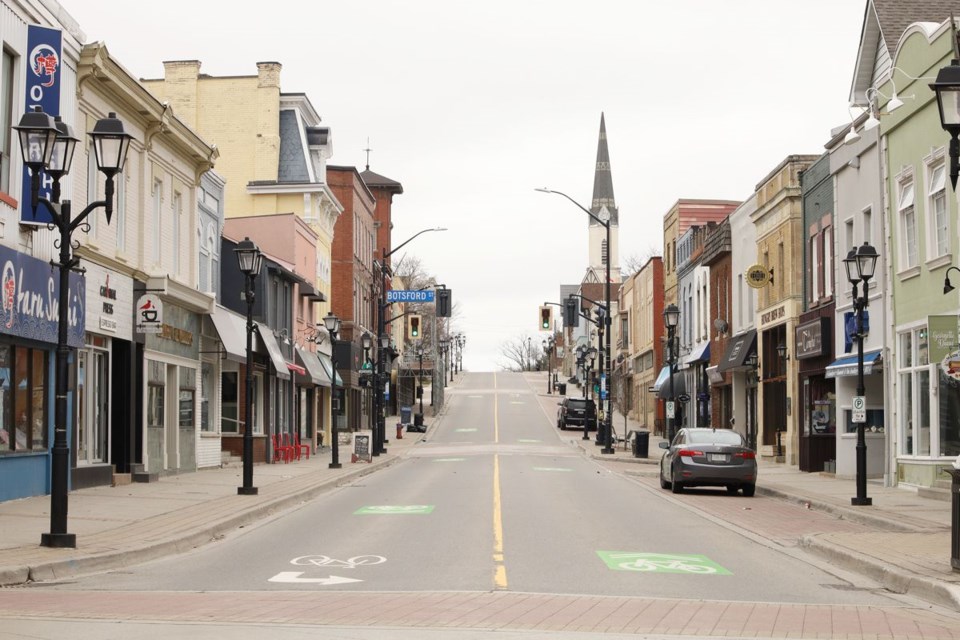 While York Region isn't moving into the next reopening phase along with the majority of the province's regions on Friday, the flattening of the curve is steadily progressing.

York Region Public Health is reporting 22 new cases June 8, which is bang on with the average daily case count in the last seven days — a declining trend in the number of new cases for at least seven days is one of Ontario's measures for tracking the progress to reopening. On June 1, public health tracked a seven-day moving average of 30.9 cases.

One additional case is being reported for Newmarket today, with total cases reaching 121, however, active cases have dropped to 29, or 77 per cent resolved. The majority of the active cases in Newmarket, at 21, are a result of exposure in the community.

"York Region continues to follow the lead of the provincial government and is supportive of the jurisdictional re-opening of the province as the most effective way to balance economic challenges with the health and safety of the community," York Region spokesperson Patrick Casey said.

"As the number of positive cases continues to decrease, York Region remains committed to working with partners at all levels of government to begin easing restrictions and gradually re-open our local economy," Casey added.

York Region Public Health will continue to report recovery measures to the Ministry of Health and, at the beginning of each week, the province will assess the recovery status of each region in stage 1 to determine if they are ready to move into stage 2 at the end of the week

As in most York Region municipalities, the pandemic in Newmarket has been fuelled by outbreak cases, the majority of which are resolved — of Newmarket's 130 outbreak cases, 82 per cent are recovered.

Cases have steadily declined in Newmarket, from a peak of 20 new cases reported April 19 when testing was mandated at all long-term cares homes.

The seven-day moving average in Newmarket is 1.8 cases as of June 7, a drop from 2.4 cases June 1. Vaughan, which accounts for the majority of the region's cases at 44 per cent, has a seven-day rolling average of 9.3 cases today, a sharp decline from the 18.7 case average June 1.

Declines in institutional outbreaks, hospital capacity, the time for public health to contact cases from the date of report, and the percentage of COVID-19 positive tests that are not long-term care residents are other recovery benchmarks.

There has been a notable flip in COVID-19 trends in recent weeks as York Region gets its outbreaks under control, with cases acquired outside of institutions accounting for the majority of new cases.

In the last seven days, of 193 new cases, only 39 were acquired as a result of an outbreak. Of 65 outbreaks, only 12 are active, including one in Newmarket.

Outbreak cases still currently account for the majority of the region's 2,650 cases, numbering 944, or 36 per cent, however, more than two-thirds are now resolved.

Of both the 834 close contact and 538 community transmission cases, 80 per cent are resolved.

As we move forward, case counts will continue to fluctuate, particularly as testing increases — another recovery measure, according to York Region medical officer of health Dr. Karim Kurji. For instance, public health reported a spike of 101 cases June 2 and 3, with some of those cases attributed to delayed reporting by the William Osler Health System in April.

"As testing has increased, we are seeing more cases detected — this isn't necessarily bad, as we want to ensure that the cases, as well as the close contacts, are self isolating and preventing the transmission of the virus into the community," he said in video update June 5.

Public health is exploring the possibility of doing mobile testing, particularly for workplaces where there are outbreaks, which would boost testing numbers, he said.

"We need to be very vigilant with respect to sticking to the hygiene principles rigorously, as we expect to see more cases and outbreak in the months ahead," Dr. Kurji added.

Let's compare the situation, with Peel Region, where stage 2 reopening is also on hold, and neighbouring Simcoe County, which is progressing to stage 2.

*Represents the population of residents at risk of acquiring COVID-19

Social gatherings bump up to 10 in York Region, but haircuts, patios and more a no-go
Jun 8, 2020 1:59 PM
Comments
We welcome your feedback and encourage you to share your thoughts. We ask that you be respectful of others and their points of view, refrain from personal attacks and stay on topic. To learn about our commenting policies and how we moderate, please read our Community Guidelines.