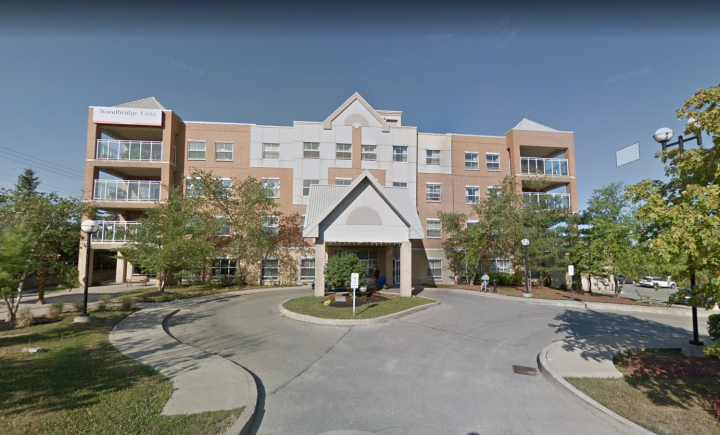 Woodbridge Vista Care Community in Vaughan is the second long-term care home in York Region to come under temporary management by a hospital, appointed by the province.

Woodbridge Vista Care Community in Vaughan is the second long-term care home in York Region to come under temporary management by a hospital.

The Ministry of Long-Term Care today appointed William Osler Health System as interim manager of the virulent outbreak that in less than a month has caused about half of the residents of the 216-bed Sienna Living Home test positive for COVID-19, and 37 health-care workers.

In the last two days, three more deaths have occurred at the home, totalling 21, the second highest in the region after River Glen Haven Nursing Home, where 32 residents have died with COVID-19.

On May 31, York Region Public Health issued the first order of its COVID-19 response to have 18 residents of Woodbridge Vista Care Community transported to local hospitals. At that time, 17 residents had died, and 85 of the 216 residents and 28 health care workers had been exposed.

"Despite receiving hospital support, Woodbridge Vista Care Community has been unable to contain the spread of COVID-19. These steps will enable a rigorous management structure to help contain the spread of the disease and assist in returning their home to normal operations," Dr. Merrilee Fullerton, minister of Long-Term Care, said in a news release.

"I am pleased to see the dedicated staff at William Osler Health System and Woodbridge Vista Care Community working together to contain COVID-19 and keep residents and staff safe," she said.

It is the third Sienna home to be put under oversight by the province, including Altamont Care Community in Scarborough — which was one of the long-term care homes highlighted in the Canadian Armed Forces report — and Camilla Care Community in Mississauga.

A June 3 statement on the Sienna website from chair and director Dino Chiesa and president and CEO Lois Cormack states: "The information coming out about long-term care residences across our organization, some of which was detailed in the report of the Canadian Armed Forces (CAF), has shaken our team here at Sienna Senior Living, most of whom go to work every day to provide compassionate, necessary frontline care for our residents.

"It is no secret that the challenges long-term care residences have been facing in dealing with the COVID-19 pandemic have been extraordinary and have brought to light the many shortcomings that exist in our sector. While disturbing, the CAF report was written during the peak of a crisis situation. It does not reflect the current reality at Altamont or other Sienna residences."

Another long-term care fatality is also being reported by York Region Public today, an 85-year-old Vaughan woman who passed away Wednesday, June 3, two months after testing positive, at Villa Leonardo Gambin Long-term Care, where 12 residents have died in the 64-day outbreak affecting 44 residents and 33 staff.

In a video update to the community May 30, Southlake CEO and president Arden Krystal said after spending time at the facility, "It was clear to me how outstanding the frontline staff are at River Glen, they are compassionate and provide great care to the residents. It was also clear that the staff were exhausted and that the facility needed some help and leadership support.

"What I didn't see was anything at all like the horrible stories we've seen about the report from the Canadian Armed Forces on the neglect in other homes. To be clear, there is no evidence of anything like this happening at River Glen."

In total, institutional outbreaks in York Region are the cause of 1,161 cases in residents and health-care workers, and 171 deaths.

An additional outbreak declared today — at Aptus Treatment Centre Beaton in Vaughan — boosts the region's total outbreaks to 65, with 48 resolved.

After being outbreak free since May 25 when the 47-day outbreak at Mackenzie Place Long-term Care was closed, Newmarket has had its seventh outbreak declared, at Brigitta's Residential Home where one resident has tested positive.

In Newmarket, there have been 145 outbreak-acquired cases, and 18 deaths.

The number of hospitalized patients in York Region has been steadily dropping, from 60 yesterday to 49 today, with 17 cases remaining critically ill in ICU. One Newmarket resident remains hospitalized.

As of 4 p.m. June 2, Southlake Regional Health Centre was reporting three COVID-19 patients in ICU, and 20 COVID-19 positive patients are being cared for in an inpatient unit. The number of inpatients under investigation for COVID-19 is 22. Total deaths are 21.

York Region COVID-19 long-term care death toll continues to climb
May 31, 2020 8:35 PM
Comments
We welcome your feedback and encourage you to share your thoughts. We ask that you be respectful of others and their points of view, refrain from personal attacks and stay on topic. To learn about our commenting policies and how we moderate, please read our Community Guidelines.