The medical officer of health advises seniors aged 80 and over to regularly check the website for available appointments as additional supplies are confirmed
Mar 4, 2021 12:59 PM By: Alan S. Hale 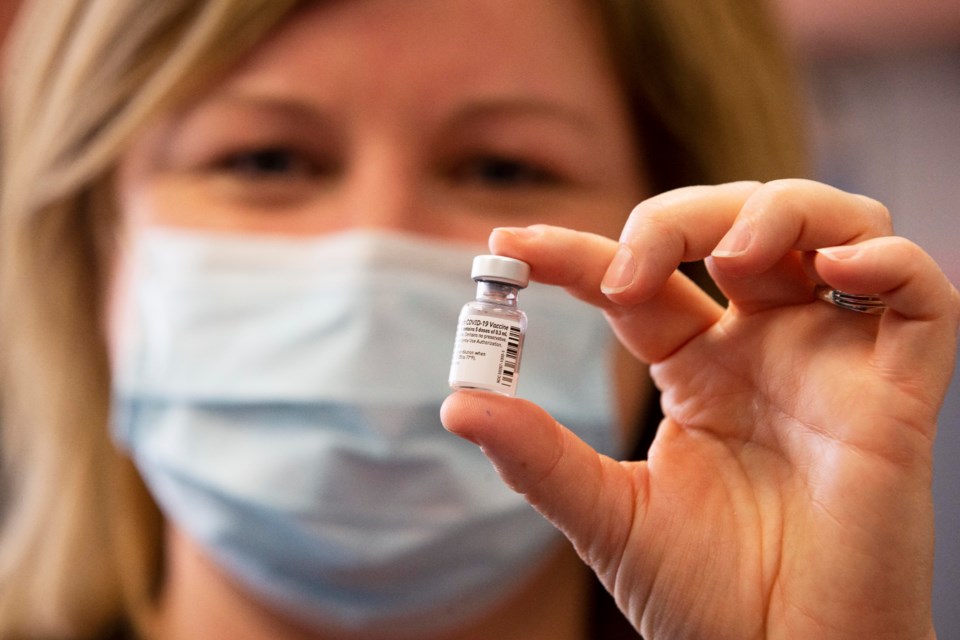 At least 9,300 more doses of vaccine are expected to come to York Region on Monday, which means more vaccination appointments will be available for residents aged 80 and older and phase one essential workers.

According to medical officer of health Dr. Karim Kurji, the province has confirmed the additional delivery of the Pfizer vaccine on Monday, with potentially another 8,400 doses of the Moderna vaccine arriving the same day — though, that has yet to be confirmed.

"We are in constant communication with the chief medical officer of health, to the point where he joked that he talked to me more than his own wife, so I can say with confidence that we will get a steady supply of 9,300 dozes of the vaccine," Kurji told regional council at its meeting this morning.

Those looking for a vaccination appointment don't necessarily have to wait until Monday, however.

Kurji said the public health unit began offering more appointment slots on Friday morning after 2,000 additional doses were found from a variety of sources, such as hospitals and missed appointments. That can happen sometimes, said Kurji, and the health unit wants to get those extra doses into people's arms as quickly as possible.

"Check the website periodically," he advised. " But a greater number is likely coming on Monday. And as soon as they are on-site, we will open up for more appointments."

Appointments can be booked at york.ca/COVID19Vaccine.

There are currently five vaccination clinics operating in York Region, each of which has the capacity to see at least 1,000 people per day. Kurji added that the only reason more clinic locations haven't been opened is lack of vaccine supply.

When enough doses become available, he said, the plan is to open vaccination clinics in Vaughan and Markham, which have the highest rates of COVID-19 in the region. But getting 9,300 doses on Monday won't be enough to justify taking that step.

"If we open more locations, then we just have to share 9,300 doses among more clinics, which just becomes impractical at a certain point," he said.

Having an adequate supply of vaccines will also allow York Region Public Health to end the "stop-and-start" nature of the clinics, said Kurji.

Kurji said he is not expecting the region's clinics to receive any doses of the newly approved AstraZeneca vaccine, which the province is planning to distribute through pharmacies and primary care physicians.

"That's not totally a bad decision because we are able to handle the more difficult Pfizer and Morderna vaccines, while others can take the easier to handle  AstraZeneca vaccine," he said.

Councillors had questions about the system for booking appointments. Vaughan Regional Councillor Linda Jackson noted there has been contradictory information about whether people who aren't comfortable using computers can call to arrange a vaccine appointment.

Based on information she got from the region, Jackson said she has been telling constituents that the only way to get an appointment was to book one online. But she was shocked to hear at Thursday's meeting that some people have been booking appointments by phone.

Kurji said that was true, but he is wary of publicizing the phone number because it would quickly get overwhelmed.

This is a problem that is likely to be solved soon, he said, because the province is on schedule to launch a call centre staffed by 2,000 people on March 15. But that also means York Region will begin using a new centralized booking system that is being launched with the call centre.

"We are currently in dialogue with the province on when we will transition to the centralized system," he said.

"It is possible that the systems currently being used in York Region will continue to be used as a contingency in case something goes wrong with the provincial system."