The severity of the COVID-19 outbreak at Newmarket's Mackenzie Place increases; Newmarket's cases soar to 160
May 3, 2020 8:32 PM By: Debora Kelly 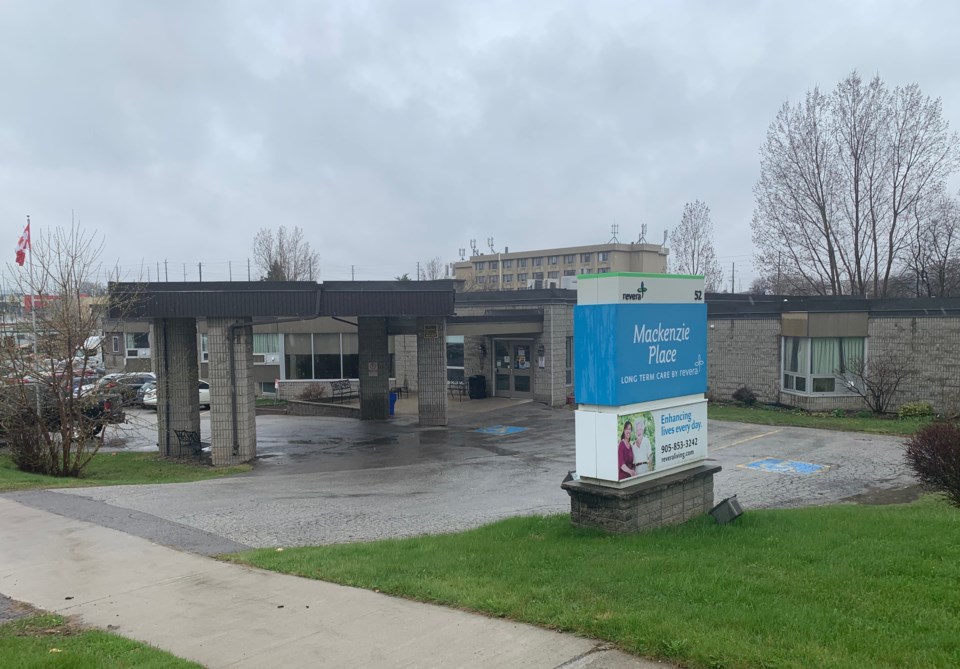 A 90-year-man, a resident of Mackenzie Place, passed away Thursday, April 30 at Southlake Regional Health Centre. He had tested positive April 16, and symptoms first appeared one week later, April 23.

A 78-year-old woman passed away Saturday, May 2 at Mackenzie Place, after testing positive April 18, despite being asymptomatic.

An 83-year-old woman who passed away today, May 3, was the 10th resident of the Revera facility on George Street to die as a result of COVID-19. Her symptoms first appeared April 22, and she tested posted May 1.

New cases confirmed in Mackenzie Place residents have spiked to 72 — the highest number of infected residents among the region's 38 institutional outbreaks. Health-care worker cases increased to 21.

Of the region's 113 COVID-19 deaths, 82 have resulted from an outbreak at a long-term care, retirement or group home facility.

The Ontario Health Coalition continues to call on the Ontario government to take further measures to halt "the devastation" occurring in long-term care and retirement homes as a result of COVID-19.

"While measures that have been announced by the provincial government are welcome and sincerely appreciated, still there remains a dangerous disconnect between what the Premier has said he is going to do and the actual policy measures undertaken by his government," coalition spokesperson Natalie Mehra said in a news release.

York Region has 38 active outbreaks, with the addition of Amica at Swan Lake in Markham this weekend. However, outbreaks have been declared over at six facilities now, including Christian Horizons in Keswick and, today, at Reena Rockview in Vaughan.

Increasing to 563 cases, institutional outbreak remains the major cause — at 35 per cent — of COVID-19 in York Region.

Institutional outbreak cases accounted for a spike in cases in Newmarket this weekend, now at 66 per cent of Newmarket's 160 cases, and the rising death toll at 13.

Southlake Regional Health Centre is the first hospital in York Region to declare a COVID-19 outbreak, with an additional patient, now totalling three, and one health-care worker testing positive.

The number of residents and patients with COVID-19 has skyrocketed to 423, as have health-care worker cases at 341, since the province mandated testing of all residents and staff April 23.

The number of hospitalized patients in York Region continues to rapidly increase, at 75 today, with 17 cases critically ill in ICU. In Newmarket, 10 residents are hospitalized, with two in ICU.

Resolved cases in the region are 754, or 46 per cent. In Newmarket, only 25 per cent of cases are resolved.

Health-care workers with COVID-19 increased from 86 to 89 today: nine are in Newmarket; four in Aurora, one in East Gwillimbury, one in Georgina, five in Whitchurch-Stouffville; nine in Richmond Hill, 26 in Vaughan; and 35 in Markham.

As of 3:30 p.m. May 3, Southlake Regional Health Centre has four COVID-19 patients, two on ventilators, in ICU. Sixteen COVID-19 patients are in an inpatient unit. The number of inpatients under investigation for COVID-19 has increased significantly to 57, with 18 at the Reactivation Care Centre Finch site. Total deaths have increased by two to 10.