The recategorization of data reveals the number of infected health-care workers in York Region was being under reported by 160 cases
May 11, 2020 6:55 PM By: Debora Kelly 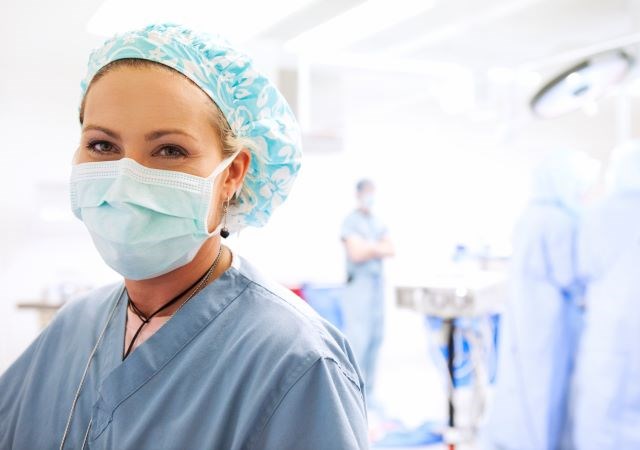 New data is showing that the number of health-care workers infected with COVID-19 in York Region is much higher than originally reported, jumping by 160 cases to 249 today.

In Newmarket, the number of infected health-care workers has tripled with the new categorization, from nine to 27 cases, 13 of which are active.

The COVID-19 cases are not new, according to York Region spokesperson Patrick Casey, and have been reflected in the ongoing tally of confirmed cases, which are totalling 1,905 today, May 11 — an increase of 52 cases.

The significant increase — and more accurate picture — is a result of a recategorization.

"These (160) cases were previously categorized as outbreak-related or occupation-related," Casey said. "They now accurately reflect the appropriate category for each case."

Health-care worker cases account for 402 of the 870 outbreak-acquired cases at one of 50 facilities — 17 of which have now been resolved.

A 70-year-old Aurora man, who passed away Saturday, May 9, is the 11th resident to die at Chartwell Aurora. He tested positive May 2, one month after his symptoms began.

A 76-year-old Georgina man, who passed away Sunday, May 10, is the third resident to die at River Glen Nursing Home in Sutton, after testing positive April 29.

A 98-year-old Vaughan woman, who passed away today, is the sixth resident to die in the outbreak at Kristus Darzs Latvian Home. Her positive test was April 29, with symptom onset April 9.

Additionally, an 87-year-old Markham woman, who passed away Saturday, March 9, is the fourth resident to die at Sunrise of Unionville. She was asymptomatic, but was confirmed positive with COVID-19 April 15.

In York Region, 135 residents have died in the pandemic, with 101 deaths a result of outbreak-acquired COVID-19.

In Newmarket, institutional outbreaks have caused 142 cases and 12 of its 15 COVID-19 related deaths. A Newmarket man, 57, was the first individual to die of workplace outbreak acquired case.

At Southlake Regional Health Centre, which is the only hospital in York Region with an outbreak, five patients and three health-care workers are infected.

Resolved cases in the region are at 917, or 48 per cent. In Newmarket, 24 per cent of cases are resolved.

The number of hospitalized patients in York Region has increased to 88, with 20 cases critically ill in ICU. In Newmarket, nine residents are hospitalized, with none in ICU.

As of 4 p.m. May 10, Southlake Regional Health Centre has five COVID-19 patients, all on ventilators, in ICU. Seventeen COVID-19 patients are in inpatient units. The number of inpatients under investigation for COVID-19 is 26. Total deaths have increased by to 13.

Workplaces are 'new front' in York Region's COVID-19 battle: MOH
May 8, 2020 6:23 PM
Comments
We welcome your feedback and encourage you to share your thoughts. We ask that you be respectful of others and their points of view, refrain from personal attacks and stay on topic. To learn about our commenting policies and how we moderate, please read our Community Guidelines.