'Frankly, if we don’t provide our society, the people in Newmarket, and Canada, the kind of the support that they need now to get through this crisis, there will be no economy in the future,' says Tony Van Bynen
Sep 25, 2020 6:06 PM By: Debora Kelly 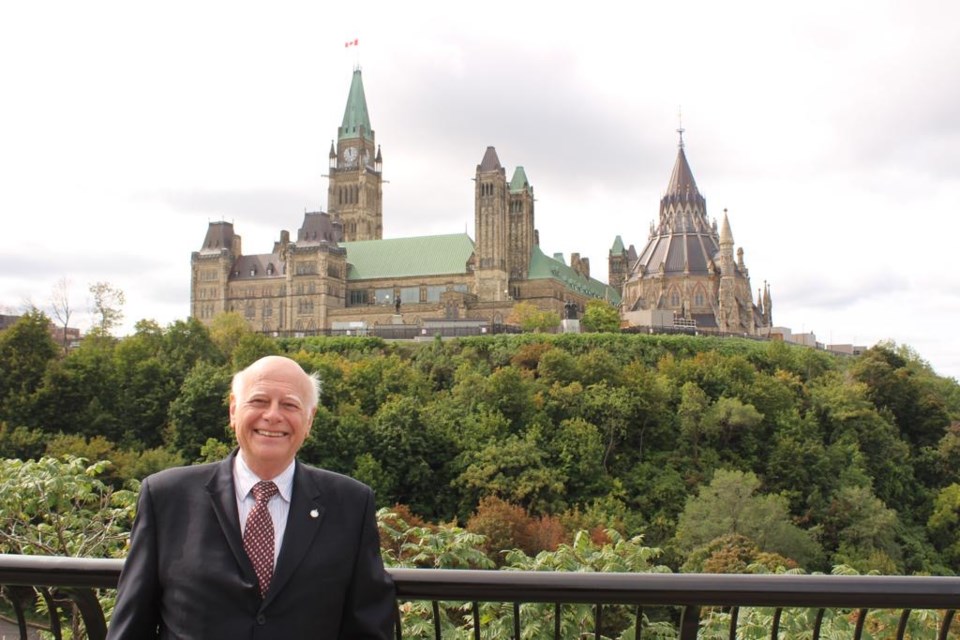 Newmarket-Aurora MP Tony Van Bynen was among the few dozen MPs on the floor of the House of Commons for the reading of the speech from the throne Wednesday, and in a conversation with NewmarketToday, he said he’s confident it will help his constituents who have been hit hard by the COVID-19 pandemic.

In the wake of the speech, Prime Minister Justin Trudeau’s minority Liberal government introduced legislation yesterday, as Parliament returned to business, that follows through on its commitment last month to create a more robust employment insurance system and temporary benefits to replace the Canada Emergency Response Benefit (CERB) ending Saturday.

That legislation, which includes a new sick leave benefit of $500 per week for two weeks for anyone who falls ill or must isolate due to COVID-19, has secured the NDP’s support of the speech from the throne and will prevent a fall election, according to Liberal MP social media posts this afternoon.

The speech also highlighted the government’s intention to create one million jobs—roughly the remaining gap in employment levels before the pandemic. Job creation would be achieved through the largest investment in Canadian history in education and training for workers with a focus on the knowledge economy.

As expected, the short-term focus for the government is the health and economic implications of the pandemic. What elements of the speech from the throne are most important to your constituents?

Foremost, it provides the measures needed for the health-care sector to “get on top of” the pandemic and, secondly, it supports sustainable economic recovery now and in the future by promoting new “green” jobs, Van Bynen said.

The speech indicates the federal government would implement large-scale expansion and change to Canada’s social safety net, the education system, worker training and health care at a time when spending is already at unprecedented levels to counter the pandemic-induced economic crisis. How do you respond to critics who want to see your government rein in the spending and begin to tackle the ballooning deficit?

“My philosophy has (always) been fiscal prudence, and I haven’t lost any of that. I think we do need to give consideration to the long-term financial impact, but until we get on top of the disease and until we get the country back working, we’re not going to have the revenue base we’re going to need to deal with this. There are no short-term fixes here,” Van Bynen said, adding recovery may not occur for five to 10 years.

“Frankly, if we don’t provide our society, the people in Newmarket, and Canada, the kind of support that they need now to get through this crisis, there will be no economy in the future.”

As a regular volunteer with his wife, Roxanne, delivering food baskets for the Newmarket Food Pantry, Bynen said he has seen first-hand how the pandemic has impacted some residents.

“For the first time what I’ve seen is that people have needed food (who live) in two-storey, three-bedroom, double-garage houses. And that tells me that there are a lot of people, if they weren’t middle-class or if they didn’t have a combined income, they were at the point that they couldn’t even afford food,” Van Bynen said.

“There’s a real need that we provide that social safety net in the short term, and in the longer term, I think we need to find a more equitable way to provide a safety net that works for everybody,” he added.

Governor General Julie Payette spoke about improving access to health care and establishing new national standards for mental health care and long-term care, while noting this falls under provincial jurisdiction. How do you see the role of the federal government in this situation?

“When you look at the high number of COVID cases, the high number of deaths, and how the pandemic has laid bare the way that we care for our seniors, this has to be a priority. This has been part of the conversation … (MPs have been) advocating for national standards, and if there’s going to be funding for that, then there should be some conditional outcomes,” he said.

“We’ve learned during a time of crisis, partisanship falls to the wayside and everybody focuses on what’s right and what’s best for our shared constituencies,” he said, referencing the increased cooperation occurring between all three levels of government.

“Everybody is focused on finding the best solutions,” he added, while saying when the urgency is reduced, more negotiation and discussion will occur regarding the framework for a health-care structure that is more preventive.

As a member of the parliamentary health care committee, he said he’s aware of the need for data sharing on a national basis “so when issues with the scope of this pandemic start surfacing, we’re much more responsive and much more effective in our response.”

Job creation will be implemented with a focus on youth and women by expanding worker training and certification, and extending the Canada Emergency Wage Subsidy (CEWS). Did you hear from local small business owners advocating for these initiatives?

The Newmarket Chamber of Commerce and small business owners directly told Van Bynen the extension of the wage subsidy was critical to helping them get back on their feet.

“Equally important (is support) for some of the industries are going to take longer than the norm to recover,” he added, referencing the tourism, travel and hospitality sectors.

In Newmarket-Aurora, the cancellation of sports tournaments and other events has had a major impact on the local hotel and hospitality industry, he said.

“It’s going to take them a long time to recover.”

Mention was made of replicating Quebec’s affordable child care program across Canada, but no details about implementation or costs were provided. Why is expanding child care important during a pandemic?

“The highest level of unemployment during this pandemic has been for women, and in many cases it’s because they’ve made choices to stay home to look after children. When you look at the percentage of women in the workforce, we need to enable, not disable them. Good, affordable, available child care is a big part of mobilizing and getting women back into the workforce. I think locally it’s pretty critical.”

Is there anything else in the speech that  particularly strikes a chord with you?

“One of the things that I’ve always found important is the fact that we’re a caring, compassionate and supportive community, and when I start seeing some polarization taking place, it really breaks my heart that human beings would treat other human beings that way.”

“People who value themselves by their ability to diminish others will forever live in the darkness of their own shadow,” is a quote he often shares.

What three words would you use to describe the most critical elements of the speech from the throne?

Prime Minister Justin Trudeau made a speech afterwards, which some commentators noted was unusual. Why did that happen?

The Conservatives were quick to condemn the speech from the throne as doing nothing for “national unity.” What does that reference?

It smacks of blatant partisanism and, to me, someone who makes a statement like that hasn’t paid any attention to what’s contained in the throne speech and that is that we’re going to rebuild this economy and we’re going to do that by working together with all of our provinces. It’s sadly politically opportunistic to create that divisive type of tone.

What’s your sense about how Newmarket-Aurora has been faring throughout the pandemic?

“I’ve seen hardship, I’ve seen resilience, and I’ve seen how important the wage subsidy is for a lot of businesses in Newmarket," Van Bynen said.

"In terms of something that is not yet solved — and I hate to admit it — is rent review. I think that’s really critical, that’s what I’m hearing from my constituents."

His constituency office has typically been receiving more than 100 emails a day throughout the pandemic, he said.

“The things that are in those emails — the green new deal, homelessness, affordability — are the things that the speech from the throne is addressing,” he added.