3 more Newmarket residents die of COVID-19; 2 due to outbreaks at Southlake, Mackenzie Place 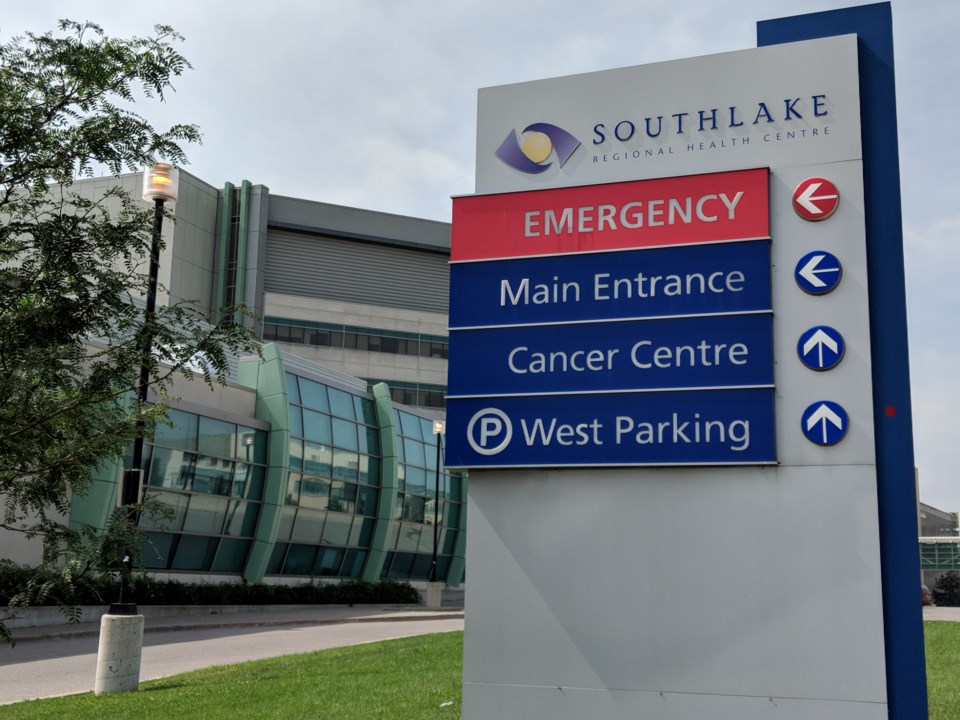 Among seven more COVID-19 related fatalities in York Region, three Newmarket residents have died, including two as a result of outbreaks, one at Southlake Regional Health Centre and one at Mackenzie Place Long-term Care Centre.

An 85-year-old Newmarket man passed away yesterday, May 16, at Southlake, the second patient to die with COVID-19 acquired as a result of exposure at the Newmarket hospital, according to York Region spokesperson Patrick Casey. The patient, who was asymptomatic, was confirmed positive April 29.

York Region public health declared the outbreak closed at Southlake on Friday, May 15.

Another Newmarket resident, a 90-year-old man, also passed away yesterday at Southlake with COVID-19 acquired in the outbreak at Mackenzie Place. He, too, was asymptomatic, and was confirmed positive May 16.

Fourteen residents of Mackenzie Place have died as a result of the outbreak that continues to have the highest number of COVID-19 cases in the region, with 80 residents and 24 health-care workers at the 93-bed home testing positive.

The third Newmarket resident death being reported today is a 49-year-old man who passed away of COVID-19 acquired through close contact. He died Sunday, May 3 at Mackenzie Richmond Hill Hospital. His case was confirmed April 30, following the onset of symptoms April 25.

A 70-year-old man passed away Sunday, May 10 at River Glen Haven, with COVID-19 confirmed after his death on May 13. His symptoms began May 8.

An 86-year-old woman also passed away May 10, with COVID-19 confirmed May 11, following her death. Symptom onset was April 23.

A 72-year-old man passed away Saturday, May 16 after testing positive May 6, several days after symptom onset.

Also at River Glen Haven, a 93-year-old man passed away Tuesday, May 12, after testing positive May 9, several days after symptom onset.

Sixty-two residents and 24 staff at the 119-bed nursing home in Sutton have been exposed — the second highest number of infected residents among York Region's 29 active outbreaks.

COVID-19 deaths in the region now total 159, with 123 cases acquired through outbreaks at one of 54 facilities.

The number of resident/patient and health-care worker cases acquired in an outbreak is now 958.

Outbreaks have been resolved at 29 facilities now, including at Markhaven Home for Seniors, which was one of the first long-term care homes to declare an outbreak in the region. The Markham facility was hard hit by COVID-19 with 18 resident deaths, and 34 resident and 22 staff cases. An outbreak has also been closed at Bethany Lodge in Markham, where three residents died.

There are 260 (seven more) York Region health-care worker cases, with more than half resolved.

The number of hospitalized patients in York Region is 78, with 19 cases critically ill in ICU. In Newmarket, eight residents are hospitalized, with none in ICU.