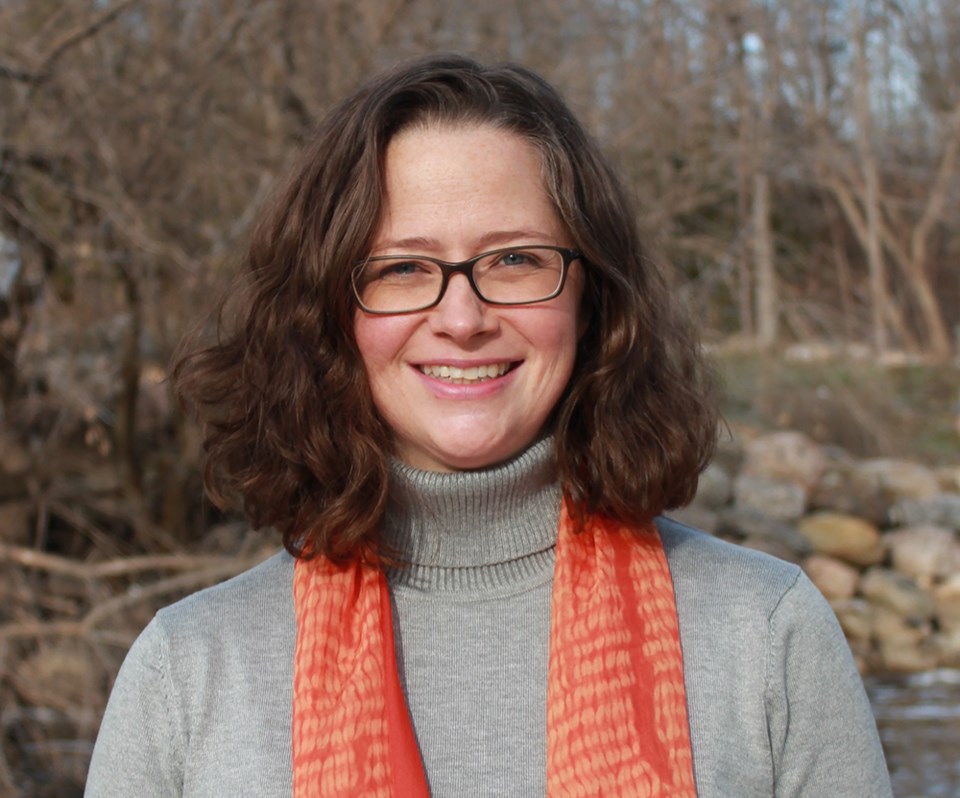 Jessa McLean is the New Democratic Party (NDP) candidate running in the York-Simcoe riding for this year’s federal election.

McLean lives in Jackson’s Point with her husband and two-year-old son.

She is passionate about politics and says it’s time for change when it comes to the issues facing many Canadians today.

“I’ve always been politically minded, I grew up in a very progressive household and made aware of social injustices at a young age, so I've always had this inner drive to combat inequality and what I perceive as injustice,” she said.

For as long as she can remember, she has always been a member of the NDP.

“I have a tattered membership card in my wallet,” she laughed. “That’s always been my stance and every year I get more and more involved,” she said.

McLean believes people are becoming disinterested in politics today because the voice of the people are not being heard.

“Our voter turnout in the byelection, I think represents people just turning away completely and that comes from no change,” she said.

“It’s key we show people there is an alternative and give people a little bit of hope to come back into this political sphere that influences them so much.”

When she was campaigning during the byelection in February, she says she found a lot of people actually share the same views on issues “but we tend to vote how our parents voted and how our neighbours vote, so there’s a pattern of people voting against their interests."

"All we can really do is make sure it’s clear that we are a completely different option,” she said about her campaign strategy.

Below are a few of the key points McLean and the NDP will be focusing on for this year’s election:

The party believes in providing health care coverage for all. McLean says the cost of prescriptions is too high, and this is a hot issue that usually gets her in the door when campaigning.

“People are being prescribed medication that they can’t afford, they are cutting pills in half or going without,” she explained.

“By providing head to toe healthcare, we can eliminate that desperate need that so many working class people face and we really shouldn’t,” she said.

“What’s a diagnosis without treatment?”

McLean noted that many families in the York-Simcoe area must travel far everyday for work to make a decent wage.

“With the Green New Deal we are offering, that is going to allow us to thrive in the green energy industry that can go anywhere. It’s something that can spread right across the country and allow communities to control their job creation in an innovative way,” she explained.

The Green New Deal plans to create 300,000 jobs across the country that will be in communities closer to home, while reducing the cost of energy and creating jobs that are cutting edge using green technology.

McLean says people feel they pay too much in taxes and with the new taxation policy the NDP has come up with, it will ensure fair taxation for all.

“We are going to revamp our taxation policy here in Canada and make sure that top corporations and the ultra wealthy start paying their fair share,” said McLean.

McLean was a supporter of the “Fight for $15” campaign for increasing the minimum wage rate. This ties in with the NDP’s goal of prosperity for the working class, and eliminating precarious work.

“By the time our first mandate is done it’ll be a livable wage so those calculations will be done and nobody will be working poor,” she explained.

“When we lift people out of poverty, they contribute to society, economically, politically, socially and we are all the better for it.”

She noted that housing is a human right and one of the main issues of the platform. The housing prices in York-Simcoe have been rising and are stretching residents too thin.

“If you look at the percentage of money they are spending just for their shelter, they’re a couple paychecks away from losing that home, and that’s a real problem here in York-Simcoe,” she said.

The NDP has included the indigenous communities as a top priority in their platform.

“The Liberals and Conservatives have turned a blind eye to indigenous communities,” said McLean. “We have an ugly history on how we treat indigenous people and not much has changed.”

The NDP want to reconcile all issues with the community by making choices that will benefit the Indigenous community and providing them with services and programs that will enhance their quality of life.

McLean acknowledges  the election will be tough, especially with York-Simcoe being a predominantly “blue country.”

“We’ve had a pretty low visibility here for many years, it’s hard to speak out politically if you think you’re surrounded by opponents. But in reality, once you start to see there are more progressive people around you, it becomes a place on how we can attack the issues that affect all of us,” she said.

But she says she’s up for the challenge and, in fact, welcomes it.

“I enjoy going to a door where people have some hard questions, or they start off on a completely different page than me,” she said.

The more she goes out, the more volunteers for her campaign she seems to get.

She noted their campaigns are low budget, “so you won’t see any extravagant events from us because we just really need to get to individuals face to face.”

“Our main goal is to engage as many people as possible and draw them back into politics,” she said.

“Even if we don’t get the numbers that are ideal, we’ve planted enough seeds for people to start challenging the status quo. We want people to know there is space here with the NDP to fight back.”

To learn more about McLean and the NDP campaign, check out her website here.

Conservative Davidson takes York-Simcoe (12 photos)
Oct 22, 2019 10:17 AM
Comments
We welcome your feedback and encourage you to share your thoughts. We ask that you be respectful of others and their points of view, refrain from personal attacks and stay on topic. To learn about our commenting policies and how we moderate, please read our Community Guidelines.