CANADA: Kitchener Centre candidate using re-elect on signs despite not being incumbent 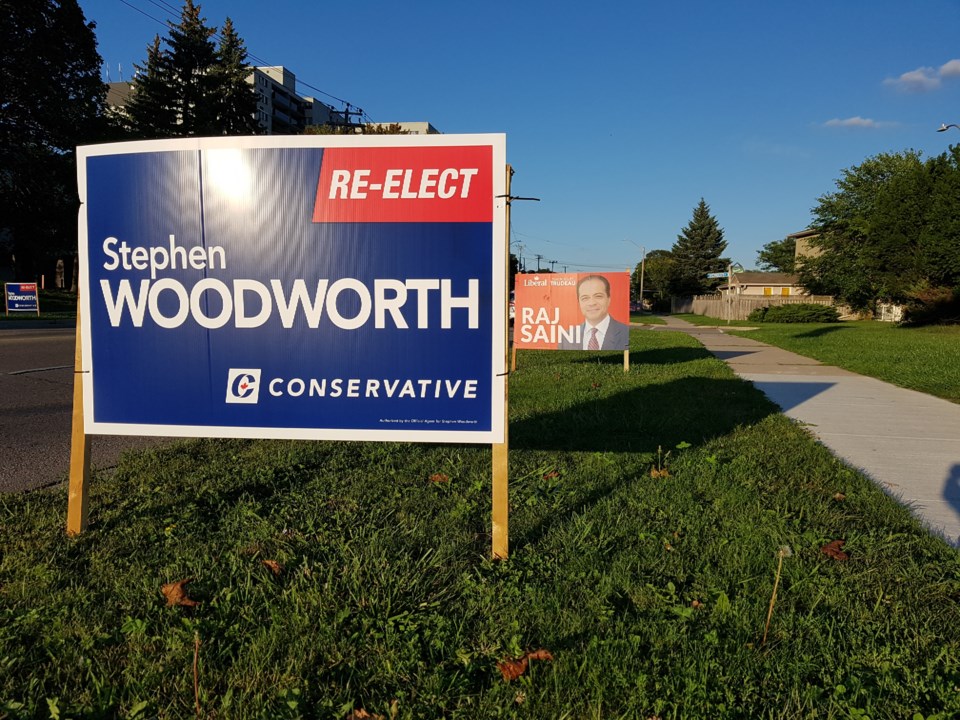 Kitchener Centre Conservative candidate Stephen Woodworth is using re-elect on his campaign signs despite not being the incumbent. He was MP of the riding from 2008 to 2015. Blair Adams/KitchenerToday

Some people feel that the use of the term re-elect should be reserved for incumbents, Stephen Woodworth is not one of those people.

When doing an inventory of his campaign supplies, the Conservative candidate in Kitchener Centre, found 40 large signs and a significantly larger number of small ones.

He decided it would be frugal and environmentally friendly to reuse them despite them saying re-elect.

"We knew they said re-elect, but at the time we didn't imagine there would this much of an issue over two letters."

Woodworth says they aren't trying to deliberately mislead people and that he thinks voters are smart enough to know he's not in office.

At this point, it's become a source of frustration for his campaign as it's taking attention away from more important issues.

"This is a minuscule issue and we have a Prime Minister who has twice been found guilty of improper conduct, environmental concerns and cost of living is rising. Those are the issues we should be talking about." Woodworth told 570 NEWS.

The current incumbent of Kitchener Centre is Raj Saini of the Liberal party, who defeated Woodworth in the 2015 election. Woodworth was the MP for the riding from 2008 to 2015.

Also in running in the Kitchener Centre riding is Mike Morrice for the Green Party, Andrew Moraga with the NDP, and Patrick Bernier with the People's Party of Canada.

According to Elections Canada, Woodworth is not breaking any rules.

"The Canada Elections Act does not regulate the content of campaign signs. However, all partisan and election advertising messages (including campaign signs) must contain a "tagline" stating who has authorized the message. A candidate's or political party's official agent must authorize candidate signs. If the advertising was placed by a third party, it must include the third party's name, telephone number, and physical or Internet address."

with files from Blair Adams

COVID-19: Experts advise you stay at least two metres away from others when going for a dip this summer
May 28, 2020 9:25 AM
Comments
We welcome your feedback and encourage you to share your thoughts. We ask that you be respectful of others and their points of view, refrain from personal attacks and stay on topic. To learn about our commenting policies and how we moderate, please read our Community Guidelines.